Alexander McQueen: Genius of a Generation 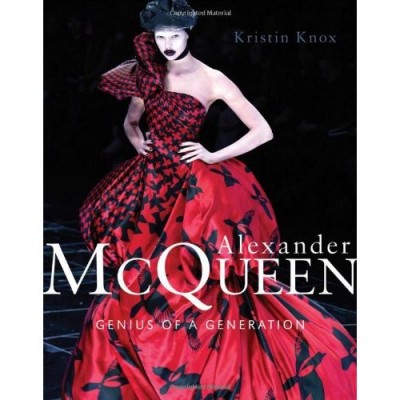 LONDON: This tribute to Alexander McQueen (1969-2010) celebrates the genius of an iconic, imaginative, and inspirational fashion designer with more than 125 catwalk photographs of his work in addition to commentary from an experienced fashion journalist and tributes by prominent people in the fashion world.

Also included are photographs from his last collection, presented at Paris Fashion Week in 2010, and hailed by international media and fashion reviewers.

–
The Guardian called it “truly spectacular…a triumph”; the L.A

praised it as “masterpieces… runway showstoppers”; The Telegraph raved “The designs were vivid, dramatic and evocative…an emphatic demonstration of the intense skill and artistry of McQueen” and The New York Times reviewed as “His vision of Gothic glory, with a world bathed in religious symbolism, was translated not just with immense subtlety and beauty but also with the urgent futurism that was the essence of his spirit.”

–
McQueen’s dramatic designs were artistically successful and internationally recognized.
–
He earned the British Designer of the Year award four times and his work was particularly favored by his celebrity clients including Sarah Jessica Parker, Penelope Cruz, Nicole Kidman, Bjork, Lady Gaga and Rihanna. 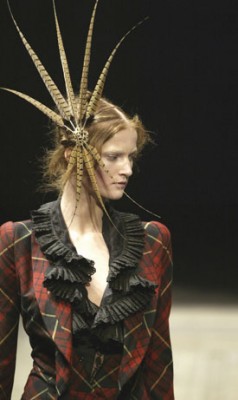 “What more could a coffee table want?”—InStyle
“His famously over-the-top catwalk shows were as much art as fashion and the iconic moments we recall are captured in this coffee-table book.”—Glam.co.uk
“If there was ever a book to collect, this one is it.”—FabSugar.com
–

A Look Inside Alexander McQueen: Genius of a Generation: 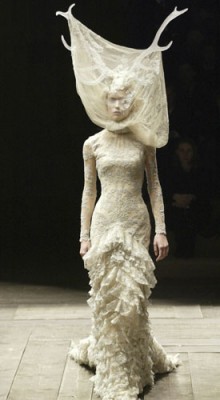