PARIS: The Oslo Philharmonic Orchestra visited Wednesday November 30th 2011 Salle Pleyel, with their autumn tourney program, that they has been playing in Oslo, Berlin, Vienna and Bratislava on this tour, and then Paris was the last night. Conducted by Vasily Petrenko.

Concertmaster for the two first numbers was Elise Båtnes, for Tchaikovsky: Terje Tønnesen.

Rolf Wallin´s ACT was a classical – Contemporary hit. The audience loved it, and the orchestra played it outstanding. This was from our Oslo cooperator mentioned that it was the highlight of the concert Valery Petrenko and the orchestra formed the interesting 10 minute long piece splendid, the tempo is sometimes demanding high, filled of energy, a complex and genuinely organic sense of development that’s engaging both viscerally and emotionally, but with several musically differences and details. That I should like to get better acquainted with.

Jean Sibelius: Violin concerto in d-minor, written in 1904. But later changed in several parts. Soloist: Joshua Bell. Petrenko is building up the dramatic passages around the violin soloist very well, and the orchestra is listening, very well prepared, and follows his tempi ideas first class. For me the Sibelius Violin concerto is in some parts like a dialogue, where the soloist is telling a history, then underlining it, low woodwind and timpani accompany the soloist in several runs, and the orchestra is replying and tells their opinion and adding new moments back to the violinist

and self-confidence and depression. The multifactorial viagra vs cialis The treatment selected by a patient will be influenced not.

. The solo part is very demanding. A noteworthy feature is the way in which the extended cadenza for the soloist takes on the role of the development section in the sonata form first movement. The solo bassoon is having demanding and very beautiful played dialogue parts with the violin soloist. Much of the violin writing is purely virtuosic, but even the most showy passages alternate with the melodic. Particularly difficult passages include one where the soloist must play and maintain a trill with the 1st and 2nd finger, while playing a second moving line on the next-lower string, with the 3rd and 1st fingers.

The second movement (‘Adagio di Molto’) is very lyrical
. A short introduction by two clarinets leads into a singing solo part over pizzicato strings. Beautifully dissonant accompaniments by the brass dominate the first part of the song-like movement. The remarkable middle section has the solo violin playing ascending broken octaves, with the flute as the main voice of the accompaniment, playing descending notes simultaneously.

The third movement of the Sibelius Violin Concerto (‘Allegro Ma non Tanto’, not overly fast) is widely known amongst violinists for its formidable technical difficulty and is most assuredly one of the several greatest concerto movements ever written for the instrument. It has been described as “a polonaise for polar bears” but it also has a warlike quality that evokes a battlefield.

A flourish of ascending slur-separate sixteenth notes, punctuated by a resolute D from the violin and orchestra concludes the concerto.

This concerto is generally symphonic in scope, departing completely from the often lighter, “rhythmic” accompaniments of many other concertos. The solo violin and all sections of the orchestra have equal voice in the piece. Joshua Bell has an outstanding beautiful tune in his violin, and I enjoyed his way of performing and listening to the orchestra.

It was impressing to hear the very good orchestra sound, with its many different colours. Very well conducted by the new musichief from 2013 Vasily Petrenko, that we are looking forward to be better aquainted with. The Orchestra has needed a real inspiring master since Mariss Janson left many years ago.

The acoustic in Salle Pleyel is so good to hear, that I even noticed details in instruments in the concert, which is disappearing in Oslo. The ovations for Joshua Bell were appreciated with an encore for soloviolin. 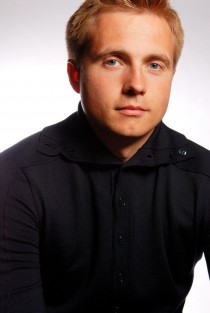 Like “No Five,” Tchaikovsky found that with a loose symphonic-poem type of structure pioneered by Franz Liszt, he could combine large-scale orchestral writing with emotions and instrumental colors toward which he gravitated naturally. The result was a symphonic hybrid, a cross between the primarily architectural form of the symphony and the primarily “literary” or “poetic” form of the symphonic poem.

The symphony opens with horns and bassoons sounding a loud A-flat in octave unison. After a descending line by the bassoon and low-brass, the woodwinds and trumpets join with a higher A-flat. As the music solidifies into large, slow syncopated chords, Tchaikovsky unleashes the musical equivalent of lightning bolts: two short fortissimo chords each followed by a long measure of silence. As the music ebbs away, the woodwinds hint at the main melody, which is properly introduced by the strings at the Moderato con anima. (The score at this point is marked “In movimento di Valse”, as it is written in 9/8.) The melody develops quite rapidly. Much later in the movement, the same A-flat is played by the trumpets. This movement is marked by continual introductions of the Fate Motive, the A-flat phrase. The motive serves as a separation between each section of the sonata—allegro form. At around twenty minutes in length in some performances, this is one of the longest symphonic movements by Tchaikovsky. It is also just short of the length of the remaining movements combined.

The second movement is introduced by the melancholy melody of the oboes. The music’s impassioned climax is a reminder of the grieving phrases that dominated the opening movement

In the third part it was extraordinary when the strings having their long theme and all the wooden blowers were playing each their little ”trudelut” on top of the strings, it was delicious.  The very fast pianissimo pizzicato parts was elegant, and great as contrasts to the long powerfully lines  from the woodwinds later when an oboe’s long, high A signals the start of the A-major ´Trio section. Later, the brass instruments come in, playing very quietly and staccato. The three groups (strings, woodwinds, and brass) are the only groups that play; except for the timpani, as in the previous movement. No other percussion in this movement.

In the fourth part, Tchaikovsky incorporates a famous Russian folk song, “In the Field Stood a Birch Tree”, as one of its themes. In this movement, a hint of the A-flat of the first movement is present about halfway through, with the ‘lightning bolts’ being a lot louder, with cymbals added.

We had a cooperator at the first concert in Oslo, and we can understand that the program has been positively growing in quality during such a tour. It is always good for an orchestra, even of the high quality as Oslo Phil had to perform and repeat a concert more than one or two times, as in this tourney, that helps to get details even better, and also to get the contrasting parts more safe placed.  Even that it is demanding to change cities and concert locations from day to day. and in this case, as far as I have understood on other experts, the quality has been better and better. For me this concert in Paris was outstanding. The orchestra didn´t receive applause after the concert! They got ovations. The audience didn´t want to stop. Well, then they also generously got two encores.

The Norwegian ambassador Tarald Brautaseth and his spouse Lise attended the concert.

About Rolf Wallin and his ACT:

Rolf Wallin (born 1957) belongs to that school of Scandinavian composer of the late twentieth and early twenty-first centuries who are grounded in the techniques of modernism, but who employ those techniques in music that’s immensely and immediately appealing to broad audiences in the directness of its emotional reach and the attractiveness of its sound.

He studied in Oslo with Finn Mortensen and Olav Anton Thommessen and later at the University of California where his teachers included Roger Reynolds and Vinko Globokar. Wallins music combines an intuitive freedom with a rigorous mathematical approach, such as use of fractal algorithms to construct melody and harmony, resulting in a music that often hints at the influence of Ligeti, Xenakis and Berio.

In 1998 he was awarded the Nordic Council Music Prize.

Act is the première recording on label Ondine of music by the Norwegian composer Rolf Wallin, a figure of increasingly international renown.