By Bruno Tredicine on 8/08/16 • Categorized as Festival,Opera 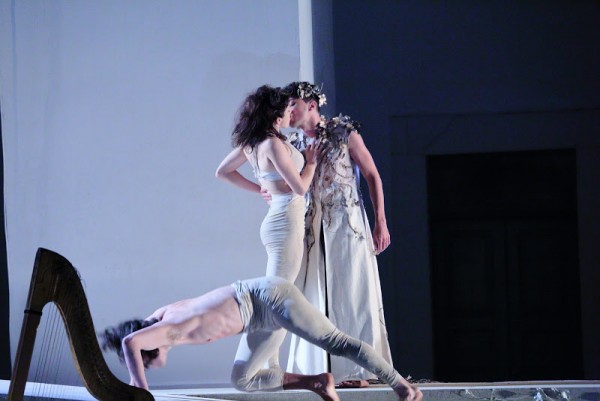 Review by Bruno Tredicine, fotos from the festival.

Countless are the great singers who were there in the past or the opera productions that paved the history of the place. 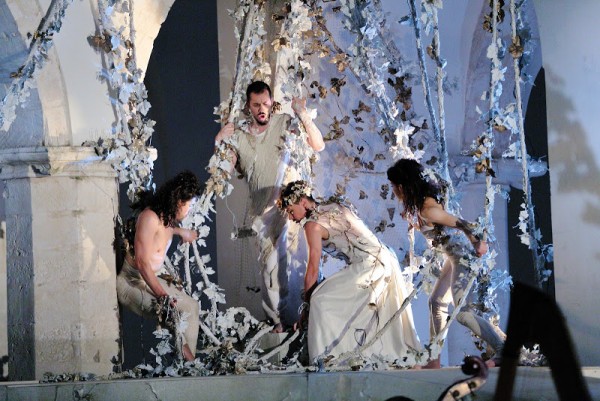 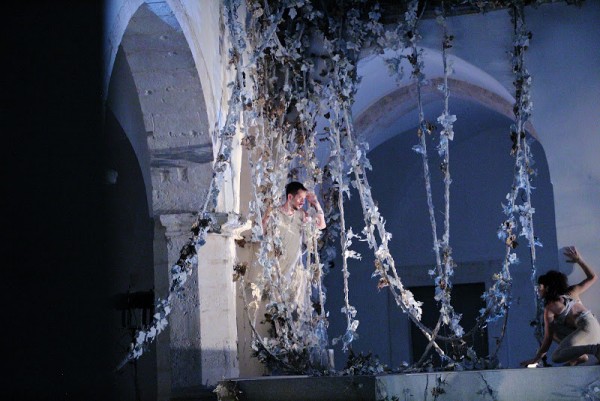 Steffani is a composer still to discover for the common music lover, more popular since a few years ago when world-famous mezzo Cecilia Bartoli devoted to him a whole CD, Passion.

Although forgotten in the centuries, he was a real protagonist of his time. Born in Italy, raised musically in Germany where he became the courts’ favourite mainly in Bavaria under Prince Elector Ferdinand Maria and in Hannover where he became Kapellmeister and many of his work had their premiere
. He left his place in the german city to noone less than Händel, and Händel himself was under Steffani’s musical influence. 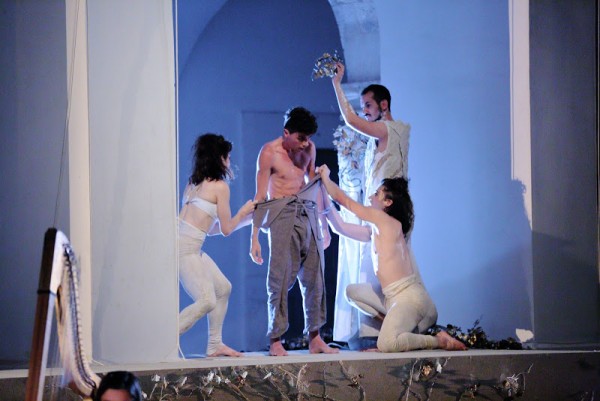 Man of society, bishop and diplomat, his multifaceted personality could be the reason why his activity as musician although of primary importance, was put in background in the centuries. 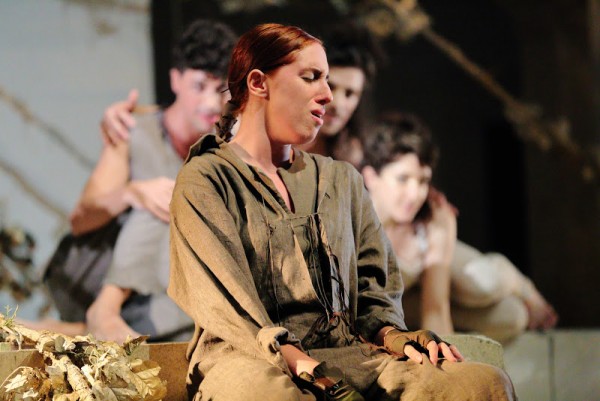 Elena Caccamo as Aminta in  in Baccanali

Two years ago Festival of Valle d’Itria had already proposed one work of Steffani, La lotta di Ercole con Acheloo  a Divertimento drammatico (or ‘dramatic divertissement’) exactly as this year’s Baccanali, written in 1695 for be represented before Hannover Court and now back to the stage thanks to the care of musicologist Cinthia Pinheiro Alireti. 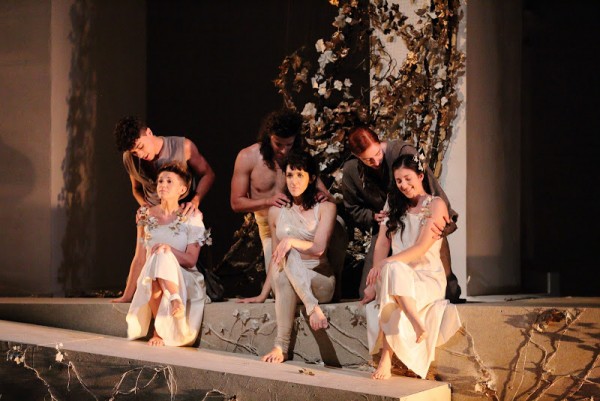 This is a celebrative work about the nature joy and love, probably written for a festive occasion like a birthday or a marriage, a pastoral play with nymphs and shepherds and gods, all young and under the spell of love, its joy and restlessness. 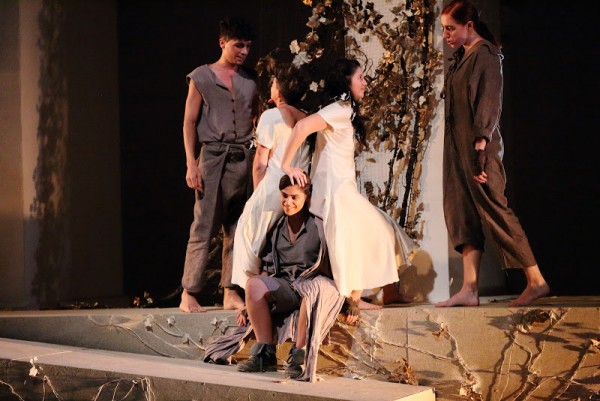 The work opens on Atlantis moaning of how heavy is the burden of the whole world on his shoulder and is closed by Bacchus inviting to celebrate the joy of nature and love. In the middle the nymphs are making fun of the melancholic and solitary Dryad as well as of Ergasto’ love pains while other characters are enjoying life and peace. 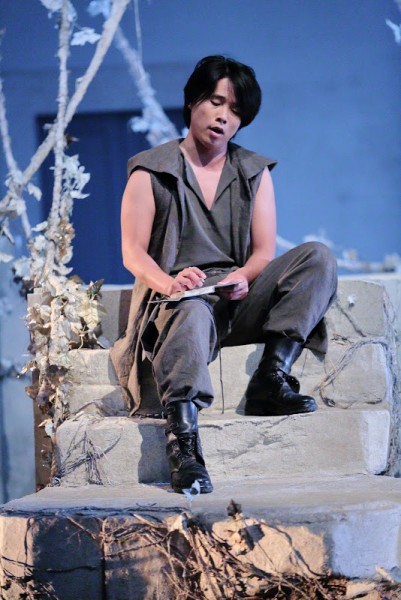 Yasushi Watanabe as Agasto in Bacchanali by Agostino Steffani at Festival Valle d´Itria, Italy. Reviewed by Bruno Tredicine, fotos from the Festival.

The bucolic plot found a convenient venue in the Cloister of St. Domenico Church, where the old arches integrated the simple scenery: an overhead platform with a small stair on one side allowing the artists to descend into the stalls and some scenic element, like trees’ branches coming down, structures with leaves and so on.

Eight young artists have given their best in musical and acting terms under the stage direction of Cecilia Ligorio, their youthness bringing a natural spontaneous sensuousness and a vivid sense of physicality.

Constant was the presence of two dancers on stage Joseba Yerro Izaguirre and the choreographer Daisy Ransom Philips who has created insinuating cat-like movements.

Well integrated are the costumes all in colours recalling the nature by Manuel Pedretti and the light project by Marco Giusti. 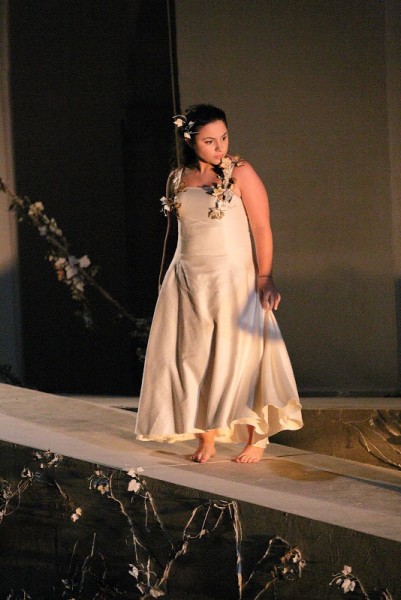 Barbara Massaro as Dryad in Bacchanali by Agostino Steffani at Festival Valle d´Itria, Italy. Reviewed by Bruno Tredicine, fotos from the Festival.

should be carefully monitored.degraded by the enzyme phosphodiesterase type V (PDE V). viagra for sale.

Among the singers outstanding countertenor Riccardo Angelo Strano distinguished himself in  the double role of Thirsis and Bacchus.

This young Sicilian artist captures with a fluidity in his singing and a uniform timbre thanks to a voice that doesn’t let nothing to desire in terms of extension: solid well timbred in the low notes and with shining high notes.

Expressivity and magnetic stage presence  make Strano an artist not to be missed.
Only grave voice in the cast Nicolò Donini has given his impressive bass to Atlante.

Japanese tenor Yasushi Watanabe has showed an important timbre rich in volume and but not always well sustained. His was one of the most evocative moments with the moving aria Di taciturne belve. 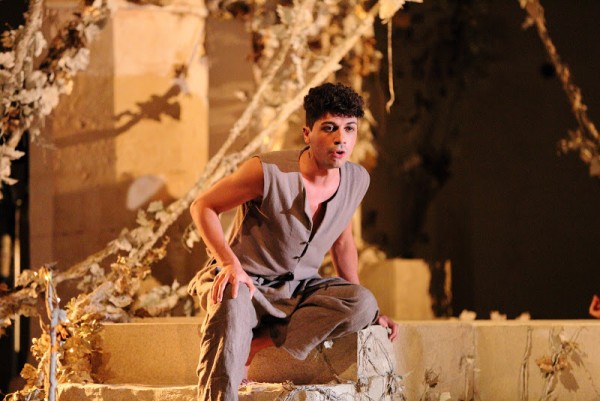 Riccardo Angelo Strano, countertenor, in the double role as Thirsis and Bacchus in Baccanali. by Agostino Steffani.

Barbara Massaro was Dryad with a solid compact singing line while Elena Caccamo gave good dramatic accents to the male part of Aminta.
Well staged the other roles with all the young singers stylistically appropriate and deserving prases for the care put in their task: Paola Leoci (Clori), Vittoria Magnarello (Celia) and Chiara Manese (Fileno).
At the end great success with strong long applause to all the cast and even more to Maestro Greco.