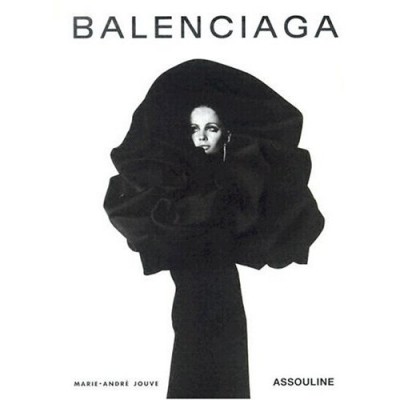 Balenciaga, has recently opened a new fascionable shop in the fashion part of the famouse Rue St. Honore, Paris, where they present a long line of all what the house can present in the fashion business, for the international – and the french audience.

This new opening reminds us of the beautiful book, that we presented earlier this year. Please enjoy it:

GETARIA: Christian Dior called Cristobal Balenciaga “the master of us all”. The priest-like Balenciaga, whose private life remained a total mystery until the day he died, created day dresses of deceiving simplicity and evening gowns of staggering extravagance, and for them he was paid the highest prices in the couture world.

–
His faithful clients were the great fashion plates of the postwar years: the Duchess of Windsor, Gloria Guinness, Pauline de Rothschild, and Mona Bismarck, among others.
–
Cristobal Balenciaga was born in 1895 in Getaria, in Spain’s Basque country, and at the early age of twenty-four he created his own couture house in San Sebastian. He opened in Barcelona in 1933, in Madrid in 1935, and in 1948 on the Avenue Georges V in Paris, where he could serve a more international clientele. Cristobal Balenciaga retired in 1968 and died in reclusion in his native Spain in 1972.
–
The informative text and legendary photography in this volume beautifully document this master’s immeasurably influential life and work.

Please enjoy the reportage from new Cristobal Balenciaga Museum which was inaugurated on the 7th of June of 2011 in the village of Getaria at: