Bartoli makes Monaco a new base

By Torkil Baden on 5/13/16 • Categorized as Classical music,Opera

Bartoli makes Monaco a new base

MONTE CARLO/MONACO: “Les Musiciens du  Prince, Monaco” is the name of a new Cecilia Bartoli-prosject.  On July 8th the palace in Monaco will be the venue for a brand new ensemble .The celebrated soprano collects a pool of musicians specializing in baroque music, not a novelty for this lady, but this time focusing on court music.  The initiative is taken in close collaboration with princesse Stephanie and opera director Jean-Louis Grinda. 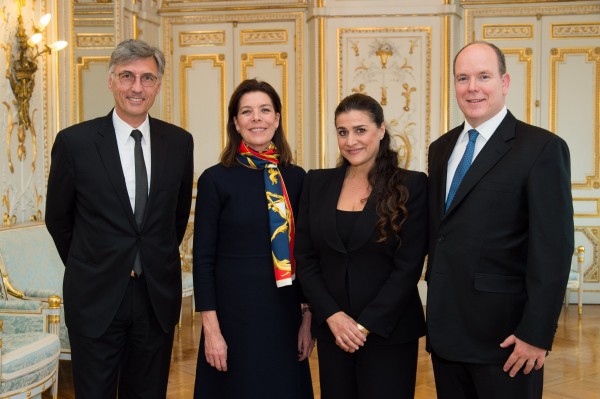 guideline was designed to address these issues and toprocess. The physician and collaborating specialists should generic viagra online for sale.

So far Bartoli has worked with different orchestras like ” I Baroccisti” and “La Scintilla”. This June she is celebrating 50 years of age, for many singers a time for retirement. Maybe the establishing of her own orchestra opens for a better concentration as time goes by?

After the spectacular inauguration in Monaco in July a concert tour takes place throughout Europe in November and December. Musical director will be Ada Pesch from the Zürich Opera and “La Scintilla”, and the orchestra will consist of a new collection of  musicians from many places.

In February 2017 a second project takes place with Bartoli as Cinderella in the Rossini opera  “La Cenerentola”.  A concert version conducted by her long time collaborator Diego Fasolis opens in  the concert hall of Monte Carlo.  This is followed by a new European tour including the Opéra Royal in Versailles.

Bartoli can ride many horses.  She still holds the position as artistic director of the Whitsun festival in Salzburg. The surprising choice this May is “West Side Story” with Bartoli herself in the part of Maria and accompanied by the dynamic Simón Bolívar Youth Symphony Orchestra from Venezuela.

The formation of “Les Musiciens du Prince” has been prepared through the last year and was launched together with the new season program of the Monte Carlo opera. The repertory includes several concerts and another Rossini opera, Il Barbiere
. On stage is also Manon,  Tannhäuser (with José Cura) and two Verdi operas: Nabucco (with Leo Nucci)  and Trovatore.