By Henning Høholt on 9/20/17 • Categorized as Classical music,Festival

Boris Berezovsky (right) and Christian Mandeal,(left) after a successfull Rachmaninoff, surrounded by the Philharmonia Orchestra, who, I am sure, was feeling packed at the small stage
. But the acoustic is brilliant. Foto Henning Høholt

BUCHAREST/ROMANIA: The famous and well known 2nd. Piano concerto by Rachmaninoff, with Boris Berezovsky as soloist and Philharmonia Orchestra conducted by Christian Mandeal became the afternoons big hit at the Atheneum in Bucharest during the Enescu Festival 2017

. with the stage packed with musicians and the audience hall packed with audience and a lot of music students, who has came just to experience how this famouse pianist should form his Rachmaninoff concerto, and they became very happy over Berezovskys generosity.

First he performed virtuously the concerto, then as his first encore the second part, and as an extra encore the last part of the final sats. the last one without the conductor, who took a short break before Jean Sibelius 2nd. Symphony who was going to be the final number
. Sibelius too became extraordinary – Majestic. .

The audience got what they came for. 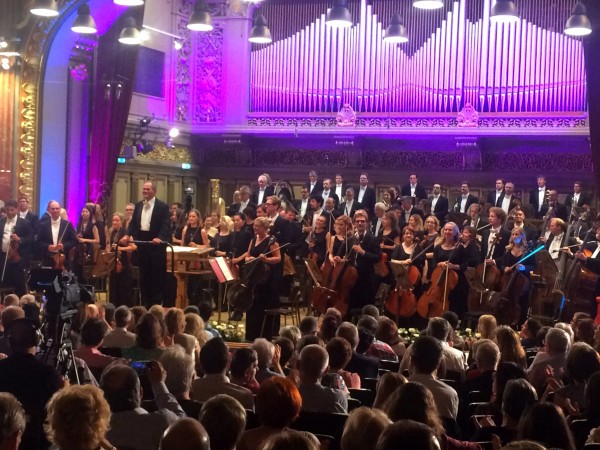