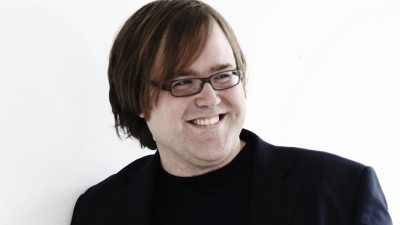 The Bergen International Festival, the largest arts festival in Scandinavia, celebrates its 60th anniversary in 2012 with a fortnight of music, theatre, dance, opera and visual art.
The 2012 Bergen International Festival takes place from 23 May to 6 June. Bergen forms the perfect backdrop to the festival. Here, concerts are held in the homes of Edvard Grieg and Ole Bull, and the city has both a vibrant nightlife and wild and beautiful scenery. The festival presents artists from the Nordic countries and numerous international events.

– In 2012 we aim to emphasize how the local, the national and the international are connected by highlighting the extensive European collaborations of Nordic artists. In Bergen we will present the international projects of some of Norway’s most highly profiled musicians and stage artists with the festivals or institutions for which they work, says festival director Per Boye Hansen.
Ibsen, Holberg and an extensive music programme

For instance, the conductor Eivind Gullberg Jensen will give concerts with NDR Radiophilharmonie, and pianist Leif Ove Andsnes brings the Mahler Chamber Orchestra to Bergen. Opera director Stefan Herheim presents his performance of  Xerxes by Händel from the Komische Oper in Berlin, and the Danish/ Norwegian artistic duo Elmgreen & Dragset stage their play Happy Days in the Arts World, a new production in collaboration with the Royal Danish Theatre in Copenhagen.

The central part of the Nordic theatrical history is shown from a completely new angle when modern versions of Jeppe of the Hill, written by the Bergen-born Ludvig Holberg and Henrik Ibsen’s Peer Gynt will be presented at the city theatre which was once managed by Ibsen himself.

Last year the festival entered into a long-term collaboration with the music education programme El Sistema from Venezuela, and this year we are proud to be able to present a bi-national orchestra with 160 Norwegian and Venezuelan musicians sitting side by side. The brass ensemble of El Sistema also visits the festival to share a concert with the Norwegian National Brass Band.

“– At this Diamond Jubilee it is a youthful 60-year-old that wishes you welcome, hoping to thrill and inspire everyone in the audience”, says festival director Per Boye Hansen.