VILNIUS: It was a very worthy and representative final evening and final new production for Tatjana Sedunova, who New Year’s Eve resigned as chief ballet after 19 years as the Lithuanian National Ballet’s talented and outstanding manager. 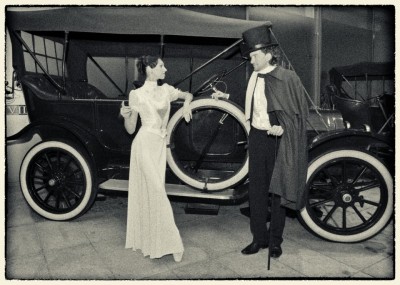 I have, as professional ballet critic, had the opportunity to follow this company through 15 of the years Ms. Sedunova has been its manager, and have noted the Lithuanian company’s great development, based on  Sedunovas constant vision to provide development opportunities to the company and its dancers first of all in the great classical ballettrepertoiret, but also by giving dancers challenges of modern repertoare, inclusive Boris Eiframs great neo classical productions.

Furthermore, it has been a pleasure to notice, and to follow how she gives the young dancers more and more demanding tasks and roles, and on that way also has managed to produce a great number of young talents who have gradually taken over the roles, which has been the signature roles for older dancers who gradually retired, or moved into character roles.

In addition I have clearly noticed Sedunovas good tasted in her casting work, by choosing the right types of dancers in the casting, and not letting her confuse of that somone might have wished to danced roles, which in fact not would be correct for their type or dancing charactere.   BRAVO.

It will be a loose for The Lithuanian National Ballet that Sedunova is not any longer in the house.

Surrounded by the most beautiful music by Johann Straus d.y.  and his father. (Radetzky March), Andrei Melanyn in cooperation with the conductor Martynas Staskus, and with translucent set design and costumes reflecting haute couture tendencies of the periode by Vyacheslav Okunev and light by Levas Klainas, and responsible for the production Tatjana Sedunova. They have together manged to make a romantic, humoristic and entertaining new balletproduction, including small romntic history between the leading roles Franz, Anna and interrupted by the little flirting affaire between the leading male role, the composer Franz and Francesca, the primaballerina of the touring balletcompany, who are ending up with her admirer the Count, a good history  for the Lithuanian National Ballet, which was premiered new years eve. The basic libertto is by Nikolay Volkov.

A good casting at the first evening was headed by the brilliantly dancing couple Aurimas Puluskas as the composer Franz and Miki Hamanaka as is girlfriend Anna, who danced wonderful and showed youth and lightnes in their dance, it is a couple who knows each other very well, and they have the fully trustnes in their cooperation.  The demanding role as the primaballerina Francisca was headed by Olga Konosenko and her admirer the Count, was well danced by Martynas Rimeikis, who shows the autority for this kind of role in addition to dance beautifully. It was also great to note the many good pas de deux parts between Olga Konosenko and Franz (Aurimas Paulauskas) their dancing together shows also Paulauskas as the danceur noble, another dancing type than he is dancing together with Miki Hamanaka in this performance, outstanding danced. The dance teacher and amateur, movie director was splendid danced and performed by Andrius Zuzzalkinas, he has the little extra which is needed in such  kind of role. Furthermore his demanding solo as drunk man was virtuose, brilliant and amusing and highly appreciated by the audience.

Among other good characters we enjoyed Aleksandras Molodovas as the forest officer and as his very amusing wife Valerijus Fadejevas. In  a role which reminds very much of the outstanding character as the woman dancing the wooden clogs dance in La Fille Mal Garde.  Jaunius Kasperavicius was elegant as the photographer and in other roles

possess broad knowledge about human sexuality. In the viagra vs cialis • During the past month, have you often been.

. The paperboy was sweet performed by Evelina Kirsyte, and the two leading officers by Ignas Asmalis and Genadij Zukovskij.  The eastern dance was well performed by four of the new young talented dancers in the company, and in the two leading roles we enjoyed Olga Konosenko and Martynas Rimeikis.

The production team has decided to present the single different episodes in to the plot, so that most musical episodes are being performed in their entirety, a very good derision, as unfortunately in other versions most of them were performed with cuts. The entirety pieces sounds good, and it is a vice decision to do so. All of us knows the music by Johann Strauss, son and father. Unfortunately, around new year we are used to enjoy the new years concerto from Vienna and other good occasions.  We have been growing up with the sound, the rhytmic and the syncopation in our ears, and in this the syncopation is very importent
. The waltz is not one, two, three. It is one…. two, three, and in this is an importent difference. You also dont dance a Vienna waltz with one two three, that is a significant difference. The ouverture – which was the perhaps most well known of Johann Strays d.y. waltzez An der schonen blauen Donau, it became a bit heavy footed, it was not so light and delicious as it could have been, it became better when the orchestra has been playing it self warm, but the syncopes in the music didnt become by Johann Strauss, but by Martynas Staskus.

It is based on the music for the first edition (1956) by Johann Strauss, selected an suplemented by Evgeny Kornblit,  so a very few times when the music dont sound Strauss and strange it is not the orchestra playing wrong, but the suplements by Kornblit.

If I have been music chief of the Lithuanian opea and ballet orchestra I would have been listening to some of the very many outstanding CDs with great conductors, such as for example Carlos Kleiber, then every one could have noticed that the Strauss waltzes needs another syncopation in the way of playing. Furthermore some times even more softness, as the starting pianissimo tunes for the violins in the ouverture.  However, during the way it became quite good. The Pizzicato polka was brilliant performed, and the harpe solo introduction to one of the parts was outstanding played. Fortunately the socalled ordinary audience dont hear these details, but as I know that the musical management wants to do their job as good as possible, also to follow and to be noticed in the best way internationally. The musically part can be done better. I expect that it will be changed during the coming years, when hopefully the Lithuanian and international audience will attend the Blue Danube many times.

It is interesting to note that nearly all roles except the role as Primaballerina, which only has  two cast, has several casts, and to my pleasure I notice that many of the young dancers again are getting posibilityes to show how good they are to lift the heritage from older dancers, and by that giving this production a possibility to continue in the repertoire as a new popular balletproduction together with the many other big success production from the great Tatjana Sedunova periode  as chief of the ballet company.

THE SET, COSTUMES AND LIGHT

The set is delicious, from the start where we are in a relaxed bathing and sporting place down to the Donau river, with the company in 1930 bathing and sporting costumes. Followed by an amusing film production with a lot of slapstick details. Continuing in to the forest with elegantly formed threes, giving us a look in to the green beautiful forest, and in the green/turkis colours and shades following up the elegance classicism which were in the 1930, when the people could go out on a sunday picnic. The folk-like simplicity part in the forest and the forest staff was traditionally inspired by the Tyrol costumes. At the big ball we enjoyed the beautiful evening outfits, the only thing i didnt like in the costume way was the white outfits in the very end, this is not Isadora Duncan.  And in this connection the Roles as Anna and Franz she could have used the longer dress in white she had earlier, and he something in the same style, as their were no good connection between the outfits for the company and the two soloists. These are only details from a wake up eye, who sees and reviews from performances around in Europe every week. But such details can be changed if the company has the will and wish to do so, to get the best result. It was elegantly done that  Francisca the primaballerina (Olga Konosenko) let her give us the impression of the the prima ballerina at the Imperial Theatre Mathilde Kschessinska from where Andrei  Melanyn has taken the inspiration to creating her role. Letting her enter in a beautiful old 1930 car was good, it gave a reality to the stage, which was good.  Martynas Rimeikis as the Count reminded well of Tzar Nicholas II of Russia. The final picture with the large sail both on the Danube with Francesca and the Count behind the corps des ballet and headed by Franz and Anna was a beautiful ending picture. The lighting by Levas Kleinas  followed well up the producers ideas. It has been a graceful production. It is delighted to see even one more of Vyacheslav  Okunevs set and costume productions for this ballet company following up on his previouse succes of Red Giselle and Russian Hamlet, both with choreography by Boris Eifram, Swan Lake, The Sleeping Beauty and La bayadere and in addition the opera Don Giovanni.