Well, they need to wake up now. 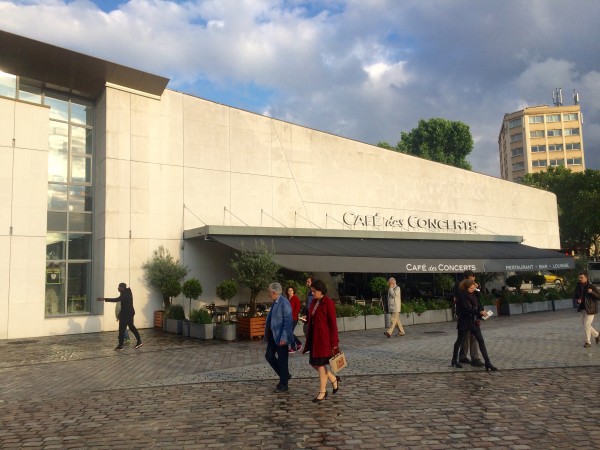 PARIS/FRANCE: A Bavette with, what they call a “fricase of potatoes, artischocce and something else”, Where i only found potatoes

Although the quantitative benefits of altering modifiable How does cialis work? contraindications such as the concomitant use of nitrates.

. A few drops sauce poivre, just around the good piece of meat, but only a few drops.

Water forgotten, after asking two times, we had to pick it up by the buffer our self.
Cafe gourmandice: With one nice petit creme Brulee. A small cake, two small dry cakes, not gourmandise at all. Never again.

Sweet serviteur, but when forgetting water two times, no tips.

PARIS/FRANCE: As we have been guesting Café des Concerts by the new Philharmonie de Paris several lies alone and with tests, tasting different kinds of hot dishes after a good corn at the Philhaonie, we have found out that what we can recommend, are the two burgers, which ar acceptable.

However, the cafe is well situated, and during the summer with a great and well placed outdoor serving part too, and it is filling up after the concerts. For a regular guest, returning when we are visiting Philharmonie de Paris. Cafe des Concerts has to wake up and lift the level of its kitchen, and its service level. It is not accepted that the servants – after two kind requests, and replying yes, are forgetting the water, still this time we too received the ordered wine after 15 minutes waiting , we needed some water, we was thirsty after the concert. It is not being accepted.