By Henning Høholt on 6/11/17 • Categorized as Classical music,Festival

By Henning Høholt, fotos and Text

LEIPZIG/GERMANY: After the opening concert 9

. June at ST
. Thomas Church the “Show” continued with CAMERON CARPENTER in the second of a seria of Bach Open Air concerts, which is going on for the first weekend of the festival at the MARKET place nearly in front of St
. Thomas Church
.

It is fantastic too see a square full of young and old audience, enjoying a series – pop star like organist playing demanding large organ concertos, fugues, and a lot other pieces by Bach and other composers, where the feeling is like you are present for a rock concert, but the basic is in fact classical organ music by Johan Sebastian Bach. This is an idea to follow up by many other festivals in the world. There only problem is that they are not the city of Johann Sebastian Bach – LEIPZIG. 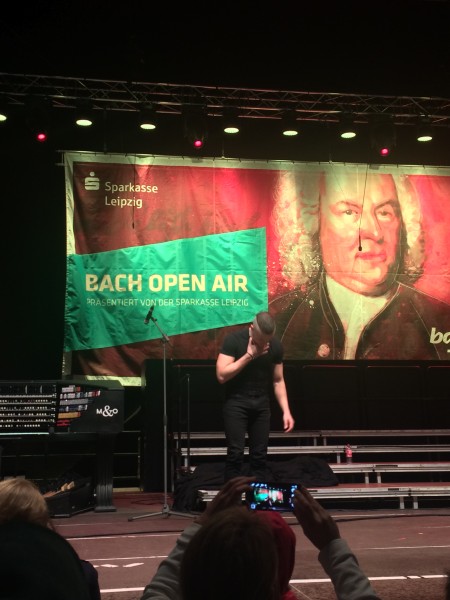