FIRENZE/ITALY: The first opera staged in the new year in Florence is a new production of Carmen by Georges Bizet, conducted by the young American Ryan McAdams and directed by the Italian Leo Muscato. 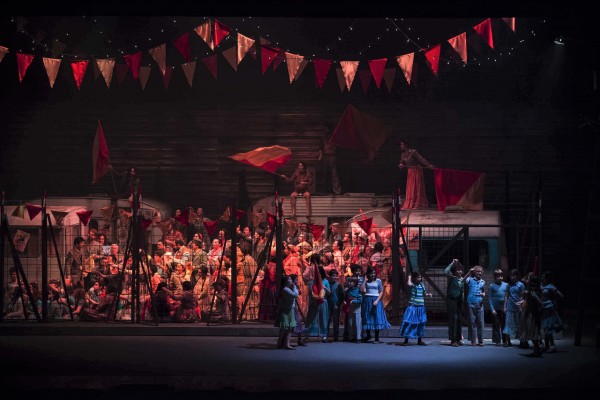 The conductor kept in hand very well the musical side of the opera, and the idea of a frenetic rush of events towards the tragic final was perceived by the frantic Ouverture. He conducted very well orchestra and chorus (some small moments of poor coordination with the stage don’t matter at all), followed well the singers and chiseled the great lyrical moments with particular attention and refinement
. The Florentine Orchestra and Chorus, trained as usual by Lorenzo Fratini, were really good, and we can say that in Florence we are lucky to have such teams, among the better ones in Italy and not only in Italy. 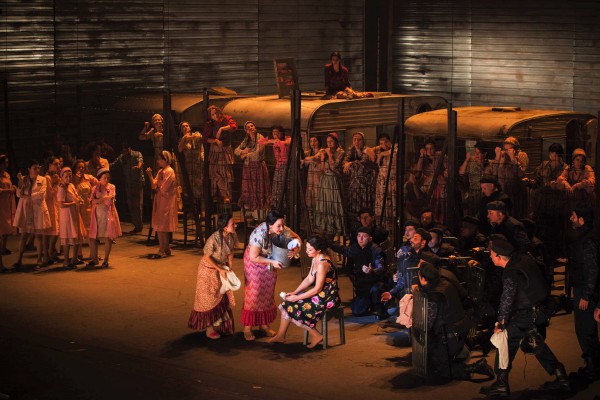 Veronica Simeoni in the title role was a modern and strong-willed Carmen, perhaps not too sexy, certainly multifaceted even if not sporting a too strong personality
. Her voice is interesting and not torrential but with no vocal problems, apart from some occasional pitch problems. Globally she was a more than acceptable protagonist even if perhaps lacking in a little more of belief in what she was singing, but this is probably also due to the particular staging and director.

Roberto Aronica was Don Josè, and he managed very well, with a voice of great volume and with unexpected refinements

for management decisionpast?” viagra vs cialis.

. He sang well La fleur and above all was very effective in the last act. 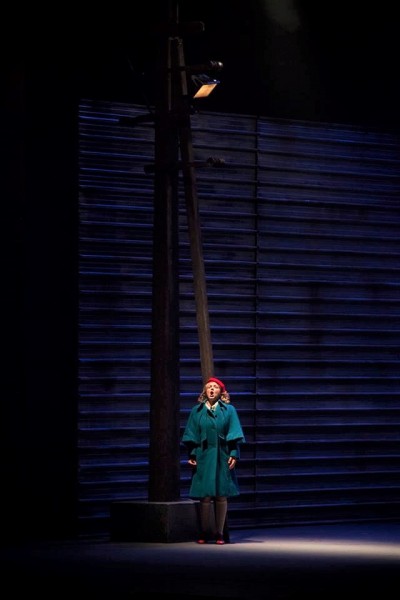 Laura Giordano‘s Micaela was encumbered by the strange costume with red basque and girl’s socks, but was good showing a fresh voice and a various phrasing. 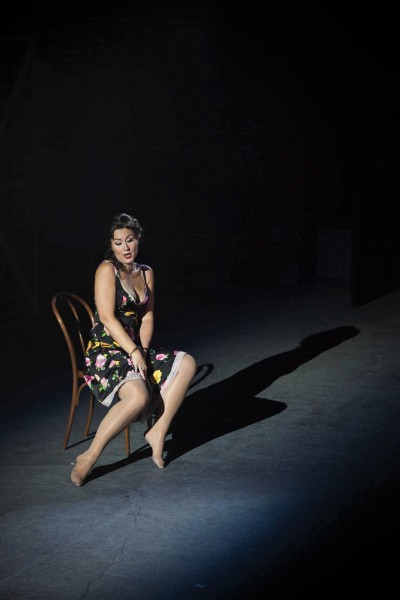 Simone Alberghini as Escamillo replaced an indisposed colleague almost at the last moment, so we give him the honors of war. He got away with undoubted professionalism growing up during the performance. 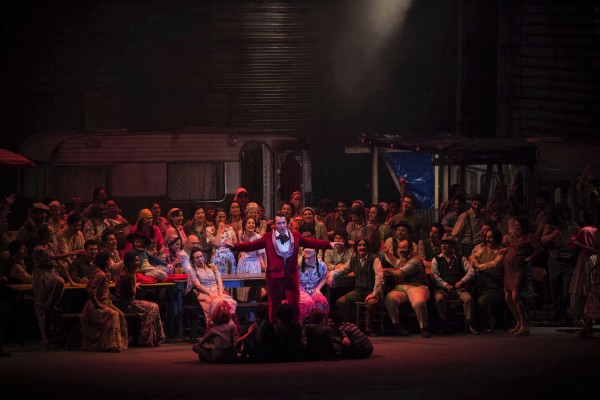 The other singers were on an acceptable level.

In recent weeks in Italy there were leaks about this setting by Leo Muscato, with “bomb news” because at the end of the opera Carmen kills Don Josè with a gunshot, and she doesn’t die. A detail apparently due to a “political” motivation to protest against violence over women that had literally triggered very different opinions on the Italian so-called “social platforms” on which people expressed opinions not having yet seen the performance. But…. there is always a “but” on stage, because the gun wielded by Carmen to kill Don Josè has resoundingly misfired. A revenge by George Bizet from afterlife? it may be, but on balance this particular seemed us quite negligible considering the totality of the staging, in fact we have seen a hard intense set-up, being the plot set at the time of today very credibly in a Rom camp where guns circulate with great ease, among very battered caravans, banishing Spanish references to focus on the grim affair of love, jealousy, lust and death. Apart from the different setting, it seemed me a very “normal” staging.

The singers’ acting was accurate and some redundant details (such as a conversation between Escamillo and Carmen on the phone, and the bullfight seen on TV by the inhabitants of the Rom camp) don’t invalidate the underlying crudity of an at all upset in its essence Carmen, on the contrary well thought and well realized.

The House was sold out, at the curtain calls we had a great success for everybody and a great general booing for the makers of the visual part of the performance. Evidently the Florentine audience would have preferred the usual postcard-like Spanish trinkets. 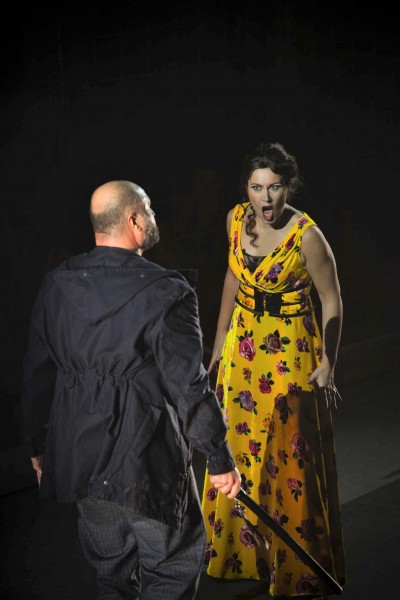