Carmen in the Garage in Oslo 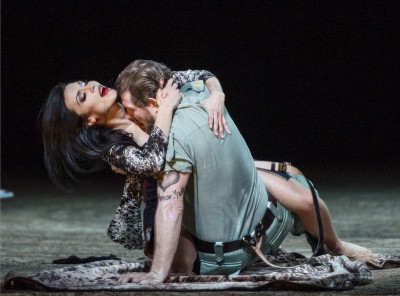 Serbian Katarina Bradic is a seducing Carmen with an intense mezzo, strong and full of sensuality, here with her Don José Henrik Engelsviken. Foto Erik Berg

Carmen in the Garage 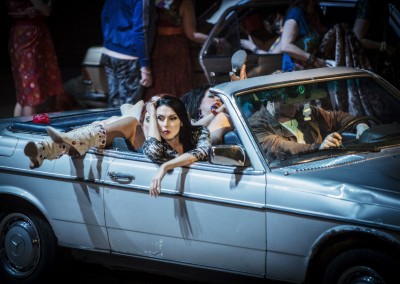 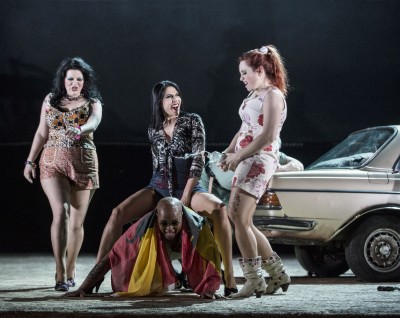 OSLO/NORWAY: The new “Carmen” is to some extent the colorful fiesta the audience always longs for

. And to some extent it is the tragic drama between loving and hating individuals
. As a whole this production does not grip you all the way, at least not in the first part. Here the Spanish director Calixto Bieito is astonishingly minimalistic though many details tell about violence and degradation. 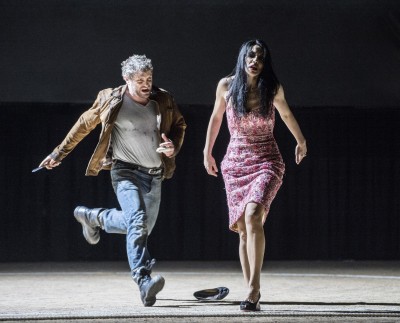 The simplicity and frontal action towards the audience can be monumental, but also static, and it does not hide the naivity of the 1875-language and score.

effective (3,19,20,21,22) . Side effects include transient headache, viagra coordinated with the primary physician managing, for.

The international cast is on high level. Serbian Katarina Bradic is a seducing Carmen with an intense mezzo, strong and full of sensuality. Micaëla has a tougher personality than usual and is portrayed by the beautiful Russian soprano Maria Bochmanova. American Ben Wager is a rather weak toreador while Norwegian Henrik Engelsviken can add a new triumph to his career with his powerful José, full of steel.

The chorus, including children, and the orchestra offer many poetic and vibrant moments under the baton of French Fabien Gabel.

Calixto Bieito from Cataluna has been an enfant terrible for traditionalists with his radical approach to the classics. He has made a solid impact on several Norwegian stages, including The Norwegian Opera with an overwhelming “Les Contes d’Hoffmann “ in 2013. 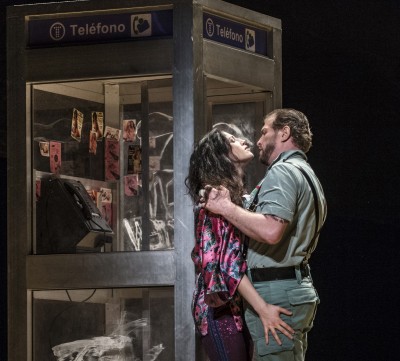 This time he is rather modest in his approach. Maybe this is because the production in Oslo goes back all the way to a festival in 1999. During the coming months it will also be seen in Barcelona, London and San Francisco.

Is the gypsy girl a sacrifice of male domination and of a society hostile to her wholehearted character? Or is her tragic ending the necessary fate of her own endless ambition and desire? Bieito does not answer this fundamental question, but underlines the male possessiveness. Anyway – he gives us three hours of original staging and wonderful music.

He underlines the identity of Carmen as a gypsy, most relevant for a Norwegian audience struggling with how to receive large gypsy groups in the streets and parks.

(Accidently the musical “Chicago” is occupying a stage in Oslo not far from the Opera. Here the fate of strong women is portrayed the other way around: she succeeds in taking charge and the men must surrender, though in irony and parody.) 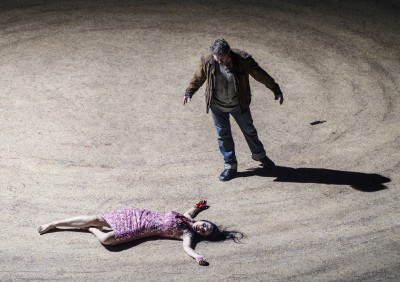 During the last years “Carmen” comes second world wide in the statistics of stagings after “La Traviata”, and it belongs to the annual or biannual repertory of every stage.

Five years ago The Norwegian Opera tried out the London-version by Francesca Zambello. The new opera director Per Boye Hansen is under way to establish a repertory for the future in the new marble house. 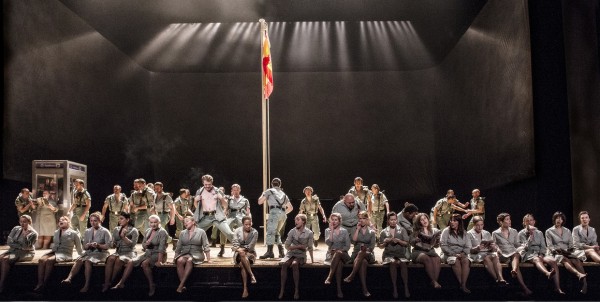 It is obviously a plan to give Bieito  a long life since a second cast is taking over the day after the premiere. This gives a lot of possibilities in performing for the many Carmen-hungry .

But I am not sure the audience will come year after year to this “Carmen”.

And as an extra treat for Carmen-fans: March 19th is the opening night in Oslo for the story of the gypsy girl as a ballet by the British choreographer Liam Scarlett. 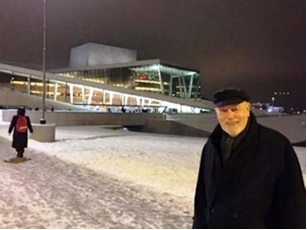 Torkil Baden visited Oslo, from Antibes/Drøbak to review this Carmen and also Chicago the evening hefore, here in front of the New Opera House in Oslo 23.January. Foto: Fredrik Baden.