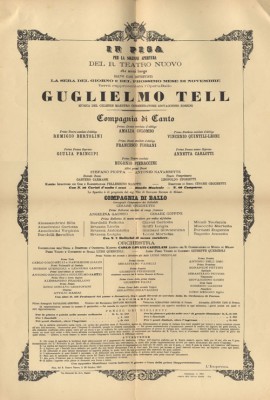 150° anniversary of Teatro Verdi in Pisa 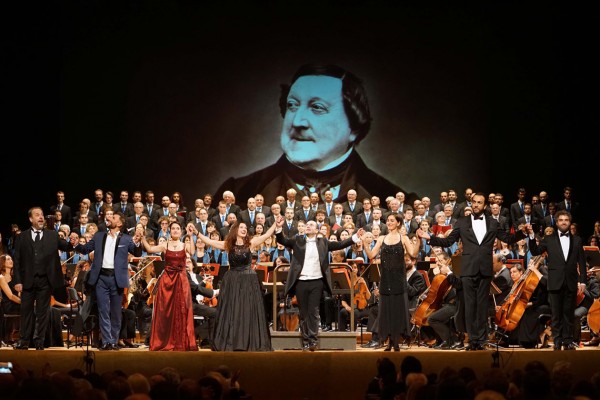 PISA/ITALY: One hundred and fifty years are an important milestone for any House, also for the glorious beautiful Teatro Verdi in Pisa which was inaugurated on November 12nd 1867, although the opening was scheduled (as we can read in the original poster) for the 9th of the same month and postponed a few days for technical reasons.

The inauguration was with Guglielmo Tell by Gioachino Rossini an opera quite popular at that time, while today rarely is staged for its difficulties, that was sung in Italian language as usual in those times when philology wasn’t usual. The House was initially called Regio Teatro Nuovo, and was dedicated to Giuseppe Verdi only in 1904.

About this Gala Concert:

The annoying sensation of an “opera anthology” is overcome by the celebratory intent of the 150th anniversary. For sure to stage nowadays an integral performance of Guglielmo Tell would have been too demanding for Teatro Verdi, so only a selection was performed.

The two finals of first and above all of fourth Act of Guglielmo Tell are among the most extrahordinary compositions by Gioachino Rossini. Placed at the beginning and at the end of the second part of this Gala concert, they frame some pages of the probably most problematic complex and genial score of its author.

Guglielmo Tell is the last melodrama written by Rossini, in fact in the following years he will compose almost exclusively chamber and sacred music. It is an almost mythical composition as no other, written in just five months being premiered in Paris on August 3rd 1829, with among the other singers Adolphe Nourrit and Nicolas-Prosper Levasseur. Needless to point out its performing difficulties, with its length (four long acts and in the full version almost five hours including the ballets) while for the massive groups of solos, choirs and extras required is unanimously considered one of the first examples of French Grand-Opéra. 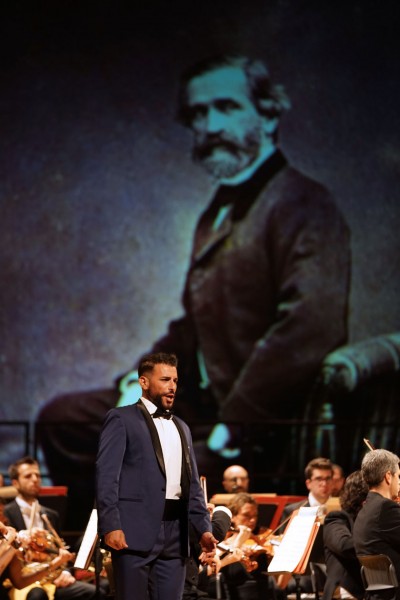 After a first part characterized by not quite convincing results, the concert improved definitely in the second part, and we must say with great pleasure to have discovered a very iinteresting singer, the young Sicilian tenor Enea Scala. Not only we found a tenor, but also a “serious Rossini tenor”, that rare species that we as audience expect, while often we have to be satisfied of surrogates.

His voice is beautiful, fresh, bright, round, of considerable volume, the phrasing both in the more intense and romantically relaxed moments is expressive and of a great class. The way he gives us back the character of Arnoldo (even it is only an anthology) is passionate very credible and characterized by mature expressiveness. Mr Scala’s approach to his character is really mature and exciting, and his aria O muto asil delpianto was quite sensational.

Among the other singers we must point out soprano Patrizia Ciofi despite some effort and difficulty has chiseled in particular Selva opaca with real artistry.

The baritone Claudio Sgura was not particularly at ease in Verdi and Rossini writing but rather interesting from the point of view of the interpretation.

The bass Roberto Scandiuzzi defended himself with honor and with great class in Filippo II’s aria from Don Carlos by Verdi moving the audience for his emotional participation, but in Rossini he seemed unconvinced of what he was singing.

We must also quote the absolute correctness of young tenor Matteo Mezzaro, a really interesting voice, and the good professionalism of Francesca Salvatorelli and Silvia Regazzo.

Conductor Francesco Pasqualetti leaded orchestra and chorus, both professional, with some effort but globally in an effective way. A special mention to Simone Centauro, first cello of the Orchestra Arché, exemplary in his instrumental line in Ella giammai m’amò and Resta immobile.

The audience gave a great success to everyone (even triumphant for Enea Scala), obtaining also the encore of the wonderful finale of the fourth Act of Guglielmo Tell, Tutto cangia.

On the contrary the best-known page of the same opera, the famous Symphony, wasn’t (who knows why) in the program. 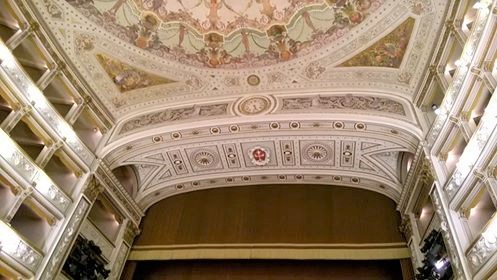 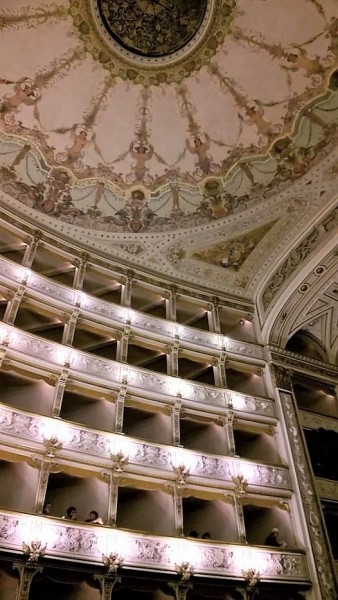