By Fabio Bardelli on 6/11/16 • Categorized as Classical music,Opera 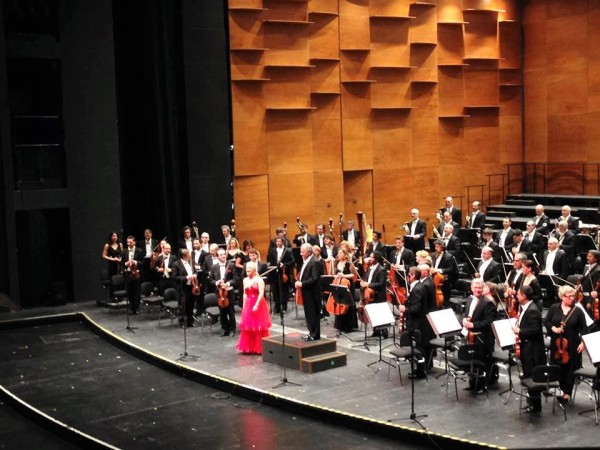 dysfunction. Although not always possible on the first visit,Almost viagra online.

FIRENZE/ITALY: We are revewing the first of the many interesting concerts of the program “Extra Festival” at Opera di Firenze, ie outside of 2016 Maggio Musicale Fiorentino calendar that are conceived as its ideal continuation.

The program of this concert (rather short for the soloist: only four arias in program for the soprano) was tailored on the skills of the famous German singer Diana Damrau. Her participation was rather limited but extremely involving for the very numerous Florentine audience that decreed her a real triumph. After her studies she debuted in 2002 and since then sang all over the world collaborating with the most prestigious conductors in a wide repertoire, but was at her debut in Florence.

Perhaps her voice doesn’t have a great volume but is always bright and penetrating, flexuous and soft, her sense of style is great (as for example in Vorrei spiegarvi o Dio by Mozart wonderfully performed, while a little less interesting was her rendering of Sol nascente in questo giorno, maybe because she had to warm up the voice), her intonation is impeccable, the phrasing always charming, her safety is great, her precision dizzying in fast moments where a great technic is demanded. But she is not a coloratura soprano in a limiting sense, ie merely rattling off notes on notes: her expressiveness in the lyrical moments and where the expression and the pathos must reach the audience is always great, as well as great is her elegance in “brilliant” and “light” pages like in Strauss’ ones.

Moreover she is able to be on stage like few artists: even in concert her acting on stage is extremely involving, nothing artificial, but something very natural that comes from within and that “reaches” the audience in an extraordinary way.

The conductor Zubin Mehta performed with an unbelievable grace, lightness and verve in Johann Strauss‘ music, recreating with great reliability the “Wien spirit” and its apparent happiness, perhaps mindful of his distant studies in Wien with Hans Swarowsky.

More normal but wholly more than convincing appeared his approach to Mozart, an author in which the Indian conductor isn’t always particularly interesting, and so in Symphony The miracle by Haydn whose rendering wasn’t too much over a global elegance.

The Orchestra del Maggio Musicale Fiorentino in great shape followed the conductor as a few other times, with an admirable dedication and an extraordinary adhesion to his will.

The audience was very large and enthusiastic, a few times I saw the Florentines so caught up in a concert that for the presence of Damrau and Mehta, home favorite conductor, became a great and real music festival
. Applause absolutely triumphant, with an orchestra encore and unfortunately only one encore by Mrs Damrau, who sang also an air from Giuditta by Franz Léhar.

We hope that an evening like this can mark a public rapprochement towards Florence Opera House, whose performances in recent months have been too often snubbed by the audience.