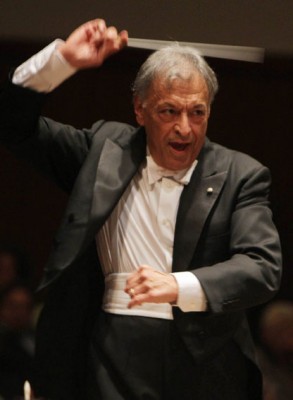 Kulturkompasset regrets that we have not found any photos from the production of Rosencavalier in Firenze.

The 75th Maggio Musicale Fiorentino opened with Richard Strauss’ Der Rosenkavalier, an opera that had not been performed in Florence for over twenty years.  It also marked the debut in this opera of Zubin Metha, who at 76 years of age, never ceases to amaze us, always ready to accept new challenges: it is nevertheless hard to believe that in his extremely long career, which started in the late ’50s, the Indian conductor, well-known for his wide repertoire, had never had the chance to conduct Der Rosenkavalier

countries for the treatment of ED. Phosphodiesterases are viagra without prescription Endocrine.

men aged 40-70 years and increases in frequency with cialis from canada never or.

The Florentine opera company has now offered him the opportunity to remedy this gap (just as a few years ago it allowed him to conduct Wozzeck and Lucia di Lammermoor for the first time), and to make his debut with a highly successful and striking production by Eike Gramss, with sets by Hans Schavernoch and costumes by Catherine Voeffray
.

In this prestigious opening production, Gramss has immersed the action concocted by librettist von Hofmannstahl into a stage characterized by a mirror game, perhaps a metaphor of the caducity of time and life; the mirrors continuously reflect and project toward the audience the images of the singers, and thus allowing the stage to look almost infinite.  The idea may not be new, but in this case it works quite well.  The weakest moment was the last scene, with a touristic postcard view of Vienna, but it was a small flaw.  The acting of the individual singers was accurate and plausible, while the ensemble scenes did not seem as meticulous.  The director appeared to neglect some of the secondary characters, without characterizing them, and let them get lost in the crowd of chorus members and supernumeraries
. 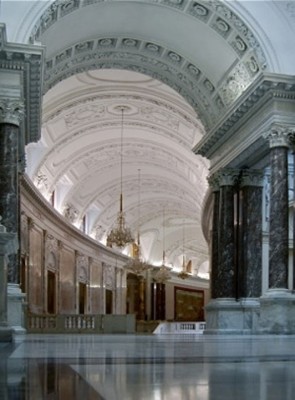 The Rosecavallier by Richard Strauss is back at the repertoire with Octavian sung by Caitlin Hulcup, conducted by Zubin Mehta.

The 18th century Vienna of Maria Theresa, immersed into what has been defined as “the waltz apotheosis” (even though it is a sublime historical fake, since the waltz spread in the following century) this becomes the background of this multifaceted plot, conducted with expert hand by Zubin Metha, who extracts from every single note the right colour, the melancholy, the sweet regret and yearning for a world forever vanished.  Perhaps still remembering the Vienna where he lived as a young man (although the Vienna of his youth was not obviously the one of Maria Theresa), Metha seems to have captured the soul of the city, leading with a secure hand both the orchestra and the very crowded stage.  Although not every scene was on the same level of excellency, and considering a certain narrative discontinuity, it was in my opinion great conducting.

The collaboration between Metha and the Orchestra of the Maggio Musicale Fiorentino was ideal, shiny and intense; the orchestra perfectly responded to his vision and his solicitations.

The ineluctability of the passing of time is exemplified by Strauss (and his wonderful librettist) in one of the most complete and successful characters of his operatic production: the Marschallin, who at the end lets his young lover Octavian go his own way, marrying a girl of his same age, Sophie
.

Angela Denoke perfectly captures the nuances of the Marschallin’s spirit, creating a most beatiful character passionate and disillusioned at the same time, showing her full and deeply melancholic awareness of the ineluctable passing of time from the very first act.  Ms. Denoke is at times extremely moving, with the vocal subtleties and nuances of a consummate actress, and confirms the impressions raised by her vocal production (very secure throughout her range, and with a shiny and rich top) a few months ago in Florence, in Janacek’s The Makropulous Case.  The German soprano blends her vocal charm with an extraordinary stage presence, always elegant, enigmatic, regal and very beautiful: a true actress.

Let us mention now the two singers impersonating Octavian and Sophie, that is Caitlin Hulcup and Sylvia Schwarz, respectively.  Although they were perfectly at their ease in their roles acting-wise (Octavian, as everyone knows, is a trousers role), Ms. Hulcup displayed a rather anonymous mezzo-soprano, smallish and lacking in colours, while Ms. Schwartz showed an ordinary, acidulous soprano marred by a very tight vibrato
.

Among the male singers, Kristinn Sigmundsson proposed an irresistible Baron Ochs, aided in shaping his villain character by his perfect physique du role, although one felt frequently the need for a fuller vocal precision.

Too many people were in the cast, so it’s impossible to make the name of them all, but they all have deserved the applause they got from the public. Once said that Eike Wilm Schute was a very good Faninal, we must mention Celso Albelo, as the Italian Tenor, a very short part, practically only one aria, but very difficult. As a skilled Belcanto tenor, Albelo sung it very well but due to the vastity of the house his voice sounded smaller than it actually is, even it passed over the orchestra quite well thanks to its good vocal production.

Hans Schavernoch created the functional scenary, and the lights by Manfred Voss were impressive (but sometimes too intrusive); a special praise goes to Catherine Voeffray for the beautiful costumes, a blend of the 18th and early 20th century styles, all well harmonized without discrepancy.

The two choruses were those of Florence Maggio Musicale Fiorentino and the Children Choir of Fiesole Music School. Both were adequate to the task.

At the performance I attended the house was not filled to capacity, a sign of the difficult times for culture in Florence and in the whole Italy. Anyway, at the end the audience have tributed a real triumph to the cast.

Please read about Kristin Sigmundsson as Nabucco in Copenhagen at: http://www.kulturkompasset.com/2010/09/verdi-nabucco-in-copenhagen/