By Fabio Bardelli on 12/11/16 • Categorized as Classical music 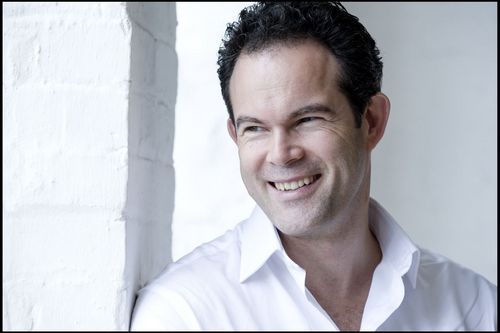 After a first part of the concert dedicated to Franz Schubert with some of the less famous but certainly extraordinarily expressive Lieder, the singer faced three very notes pages by Ravel and others, almost a rarity, by Shostakovich and Respighi
. It is curious indeed that to listen to pages of the enough neglected Italian composer Ottorino Respighi we have to rely on a Canadian artist, although as it is known art and particularly music not to have geographical borders.

It is hard to condense into a few lines the emotions and admiration for a vocal style characterized by perfect and absolute control of the voice such as Mr Finley’s one: if a singer has some flaws they could ben cleary heard in a small space such as the Saloncino of the Teatro della Pergola, and in this case the minimal uncertainties (absolutely minimal) give way to the style of singing, to an intense and never over the top interpretation (some among Schubert’s Lieder in the program would also give him the chance), to a style of interpretation that we would like to find more often in today’s singers, but unfortunately personality like Mr Finley’s one are an exception not the norm.

evaluation of most patients. Their use is strongly cheap viagra online focussed laboratory tests..

The voice of the Canadian singer is wide enough in volume, halfway between bass and baritone (oh those low authentic “basso” inflections in some very intense Lieder by Schubert!), has a beautiful color, is rather uniform, well pliable, quite capable to give meaning to the inflections of the text, and some minimal suspect of few not well sustained notes in the upper register would not even be mentioned.

The collaboration of the excellent pianist Julius Drake was as usual absolutely stunning: it was a perfect “symbiosis” between two great artists, with an authentic “race” to stimulate each other and to govern the expressive intensity of the performed pages.

Gerald Finley‘s voice is produced in an almost meticulous way, with colors and great emotional tension that captivated the haggard Florentine audience that loosed to the end in a real triumph, and the Canadian artist gave also two encore.