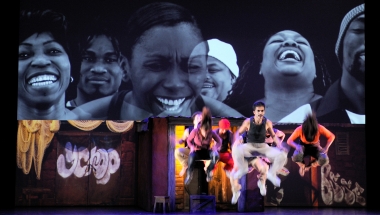 José Montalvo and Dominique Hervieu continued to pay tribute to George Gershwin young audience with this version of Good Morning, Mr. Gershwin : an ideal of music that sticks to their dance imagery.

Having set the scene first Porgy and Bess, opera flagship George Gershwin, and then plunging in the wake deep in the world of the composer with a highly acclaimed choreographic fantasy, Good Morning, Mr
. Gershwin , Montalvo and Dominique Hervieu have come full circle with Lalala Gershwin , created at Chaillot last season, third show around the work and the character of Gershwin.

Aimed at young audiences, they offer a journey into a multiracial American history both painful and hopeful, with seven dancers on the set. 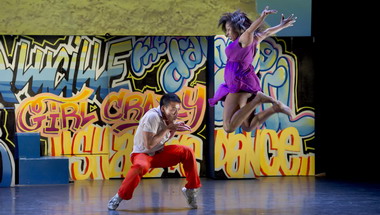 Since their inception in the 1980s, José Montalvo and Dominique Hervieu have been constantly going out to the spectators earliest whatsoever with Hollaka Hollala , A paradise of cassava (version youngsters from Paradise ), and The Raven The Fox and The Bossa Fataka Rameau (version for young audiences is dan ∫ e ).For Lalala Gershwin , between projected images and gestures explosion, the Broadway of the 1930s that resonates: are convened some of the finest songs of Mr

. G., a composer of mixed influences, from jazz, ragtime and music European art.José Montalvo and Dominique Hervieu articulate speech historical and aesthetic, political and poetic wandering in from Broadway to Hollywood … The Band! 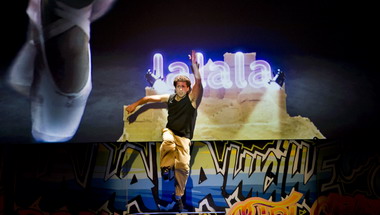 “Stunning is the first word that comes to mind when describing Good Morning Mr Gershwin. From French company Compagnie Montalvo-Hervieu comes a contemporary dance piece that entertains, excites and exhilarates. The company have brought their modern dance moves and mixed it with the great music of George Gershwin.  Their wide and varied styles manage to fit effortlessly with Gershwin’s music, which for the most part remains unchanged. ”

Created at Chaillot in 2009

Costumes designed by the department of theater clothing