FIRENZE/ITALY: The name of the German composer Engelbert Humperdinck (1854-1921) is indissolubly connected almost exclusively to this opera based on a Brothers Grimm fairy tale, that had its premiere in 1893 in Weimar under the baton of Richard Strauss, great friend and admirer of the musician. 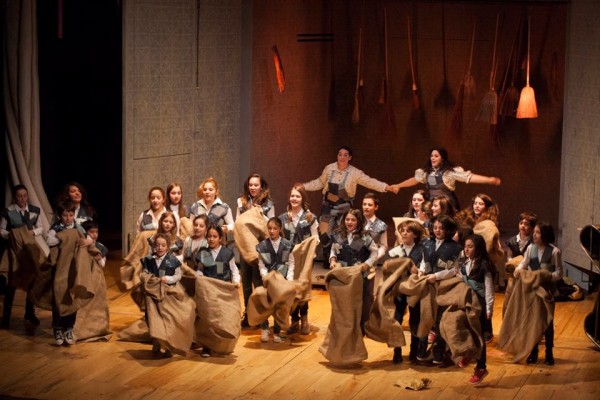 It is considered an opera for children because of the plot, but actually this opera shows a rather masterful and informed writing, so it is suitable to various reading levels, for childrens as a fairy tale and for adults music lovers considering the composition as the more complete and mature result of its author, who was a very good composer. Also let us do not forget that there have been many interpretations, even psychoanalytic, of this fairy tale. 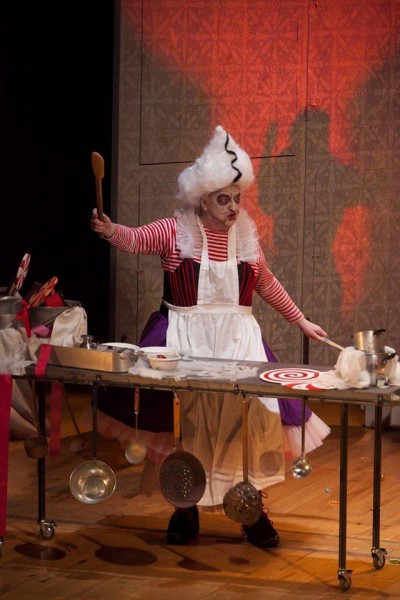 This opera is often performed in German-speaking countries and is considered almost “the Christmas opera” by definition, while in Italy it is shamefully few known and even less performed.

In this production at Teatro Goldoni the opera is presented with cuts and adjustments and mostly in italian language, and perhaps that is not a bad choice: given the limited popularity of Hänsel and Gretel in Italy, and in an attempt to approach a mainly of young audience, it does not seem a questionable choice.

But we must admit that on the whole this Florentine performance is not the opera of Humperdinck, but a performance that “derives” from his Hänsel und Gretel: certainly the musical part is reduced, lacking in orchestral opulence and colour, the sound of the German language is completely lost (although the Italian translation seemed quite pertinent and witty), but are not lost rhymes, onomatopoeia, puns so important in the libretto and in the unfolding of the story. 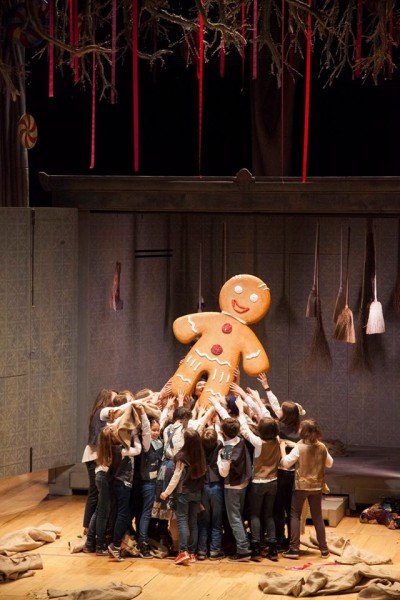 Moreover the ”anti-phylology” seems to be a characteristic element of this florentine performance, with the greatly reduced orchestra for reasons of space (Teatro Goldoni is really small, so its orchestra pit) and even a tenor, one of the most glorious “Rossini tenors” of 20th Century Chris Merritt, is Knusperhexe witch, a role written for a female voice.

We have also to note that this performance comes from the collaboration with the Academy of the Maggio Musicale Fiorentino and the Conservatory of Music “Luigi Cherubini” and was made with a surely very low budget, although overall it turned out a certain level of artistic quality. 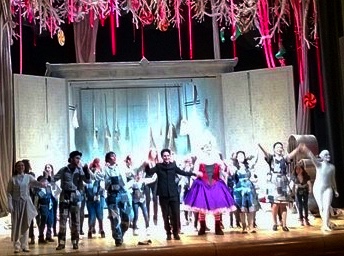 The visual part by Gianmaria Aliverta (with scenes by Alessia Colosso, costumes by Gianmaria Aliverta and Simone Martini and light designing by Adriana Renna) is particularly successful, surely the most interesting part of this Florentine production. Young italian director’s unbridled imagination makes fully the atmosphere suspended between reality and fantasy of the plot completely respecting music, and it’s not just valuable

. The scene is essential, practically only a magic wardrobe from which characters, objects and environments come out.

On the whole the singing company is more than correct, enthusiastic and well mixed, with Ana Victoria Pitts, Francesca Longari, Dario Shikhmiri and Eunhee Kim in the lead roles.

Of course in the vocal cast stands out Chris Merritt both for actorial merits that for vocal ones. The american tenor in fact, no longer young being 63 yo, still shows an enviable security in song. His voice in a small theater like Goldoni appears almost that in its heyday, but obviously a bit less firm and with some more hardness in high notes, not to mention his extraordinary mastery on stage. Needless to say that wicked Knusperhexe witch wearing a candyfloss wig was the best outlined character of this production.

The Orchestra of the Conservatory of Music “Luigi Cherubini” in Florence was rather good and also good was the Coro di voci bianche of Maggio Musicale Fiorentino trained by Lorenzo Fratini.
The large audience of adults and children that filled up Teatro Goldoni was very warm in applause for all, particularly for Chris Merritt, a real legend of opera.