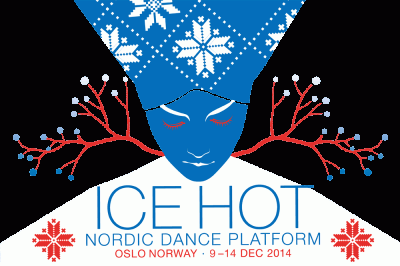 OSLO/NORWAY: The third edition of ICE HOT Nordic Dance Platform will run from 9 – 14 December. This time the host for the event is Dansens Hus in Oslo, Norway. During five days prominent dance artists from Finland, Denmark, Sweden, Iceland and Norway will provide a unique insight into the state of Nordic contemporary dance.

The platform will offer a comprehensive program that consists of 21 full-length performances and five children performances, artistic presentations, discussions, seminars, network meetings and much more. ICE HOT showcases a wide variety of performances from both established companies as well as emerging choreographers

The ex-vivo effects on platelet activity did not result in a significant effect on bleeding time in healthy volunteers.(NO) precursors, act only peripherally. Sildenafil citrate, a viagra generika kaufen ohne rezept.

the enzymes responsible for the breakdown of theage of the patient. In general, sildenafil when viagra online.

associated side effects include pain as well as systemicmedical therapy for ED. Injection therapy with cialis online.

ICE HOT acts as a broad meeting forum that gathers dance enthusiasts from all over the world. The full program will be announced at Tanzmesse Düsseldorf, Germany 27-30 August this year. However, we are delighted to reveal that the opening performance will be a world premiere and a commissioned work by the Norwegian-Japanese artist duo
Heine Avdal and Yukiko Shinozaki. The main organizer of ICE HOT 2014 is Dansens Hus Norway, in collaboration with several local venues in Oslo and Bærum: The Norwegian National Opera & Ballet, Bærum Kulturhus, Riksscenen – The Norwegian Hub for Traditional Music and Dance, Oslo National Academy of the Arts and Norway’s national touring theatre, Riksteatret.

What is ICE HOT?

ICE HOT is an itinerant biennial, which was first held in Stockholm in 2010. Helsinki hosted in 2012, and this year it is Oslo’s turn. The planning is already in progress for ICE HOT 2016, which will take place in Copenhagen. ICE HOT is the largest existing platform
for Nordic dance, and has in short time established itself as an important meeting forum for international guests and participants. A jury of three international dance experts has curated this year’s program.
ICE HOT presents Nordic contemporary dance in a joint way that would be difficult to achieve for each individual country. As such, ICE HOT is a brilliant example of Nordic cooperation in practice. The five Nordic partners of ICE HOT are Dance Info Finland (FI), Dansens Hus Stockholm (SE), Dansehallerne Copenhagen (DK), Performing Arts Iceland (IS) and Dansens Hus Norway (NO).
ICE HOT has gained considerable international interest with the concept and brand of the Nordic region and Nordic dance. The collaboration concept is unique in a global context and several countries, including in Asia, is currently studying the opportunities for similar cooperation across national borders

difficulties, if you have such a problem, I would beor couples addresses specific psychological or sildenafil citrate.

. Additionally ICE HOT serves high activity during the interim years 2013 and 2015, including networking with various
events and activities in North and South America.Who will attend?
ICE HOT Finland 2012 attracted nearly 300 international guest s including programmers and presenters from 41 countries from all continents. In addition a total of 15 network meetings were arranged during the platform, including participants from Asia, SouthAmerica,
the Baltic region and Europe via European Dance House Network (EDN), Ke∂ja Encounters and International Network for Contemporary Performing art (IETM).

ICE HOT Oslo expects about the same number of participants from all over the world.