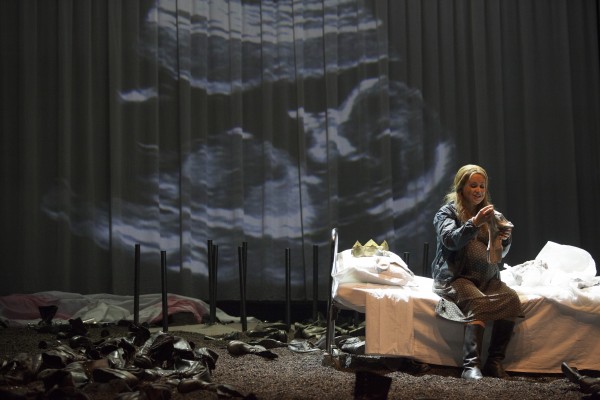 PISTOIA/ITALY: On the occasion of the celebrations for Pistoia 2017 Italian Capital of Culture the local Teatro Manzoni hosts one opera of the program of the 80th edition of Maggio Musicale Fiorentino, Idomeneo by Wolfgang Amadeus Mozart. 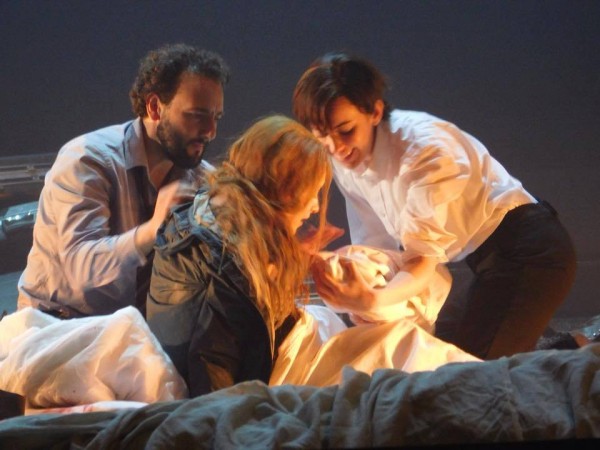 This appears as an interesting tribute of Maggio Musicale Fiorentino to the town near Florence in this particular year 2017, certainly on paper a really prestigious performance, unfortunately followed on last May 3rd at Teatro Manzoni in Pistoia by a scarce audience. Maybe a too much sophisticated performance for a provincial town, not being Idomeneo among the best known or successful works of its author. From the musical point of view it is in fact an “opera seria” written by Mozart when he was just in his early twenties, an opera that to the test of the stage has strengths and weaknesses, showing its best pages in the choruses, in the beautiful Quartett and some arias, unfortunately nothing to do with the works of Mozart’s great maturity. 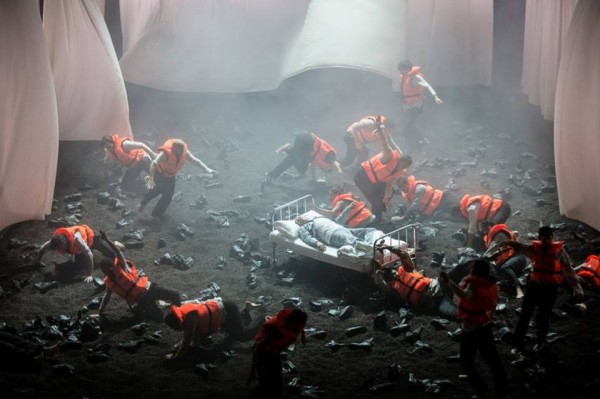 Overall this performance of Idomeneo seems a rather unsuccessful operation apart from the anticipated stage setting just known in Wien performances in 2013 rewarded also with “Golden Shikaneder” as the best staging of the year.

Conductor Gianluca Capuano seems the biggest culprit of the medium level of the musical side of the work, with a meticulous metronomic schematic concertation and very little attention to the needs of the singers, seeming interested only in the orchestra, with unbridled or catatonic paces in a continuous annoying push and pull. Moreover the recitatives are not performed in a living and pulsating way but often are approaching boredom.

The Orchestra and Coro del Maggio Musicale Fiorentino were at sharply reduced ranks given the smallness of the stage and orchestra pit of Teatro Manzoni in Pistoia, and performed quite well. 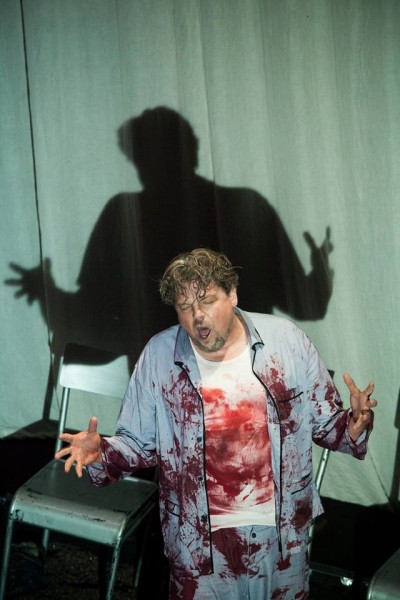 idomeneo. Michael Schade in the titelrole.

Tenor Michael Schade is Idomeneo, a character that the singer in his current vocal conditions is not capable to sustain. His voice is unequal, uncertain, with pitch problems, he solves almost everything in a declamation of irritating monotony.

Soprano Ekaterina Sadovnikova is Ilia, and she handles the vocal line and character in a very monocorde and very little expressive way.

Carmela Remigio as Elettra faces the difficult musical writing with her small unequal voice, showing her claws at the right time though with some uncertainty, however giving a good proof of temperament.

Mezzo Rachel Kelly as Idamante was rather anonymous but overall also effective.

We must mention the young Italian tenor Leonardo Cortellazzi as Arbace, showing a nice secure vocal line and a real expressiveness, certainly a young singer to follow in the future.

Mirko Guadagnini is an average level Priest of Neptune. 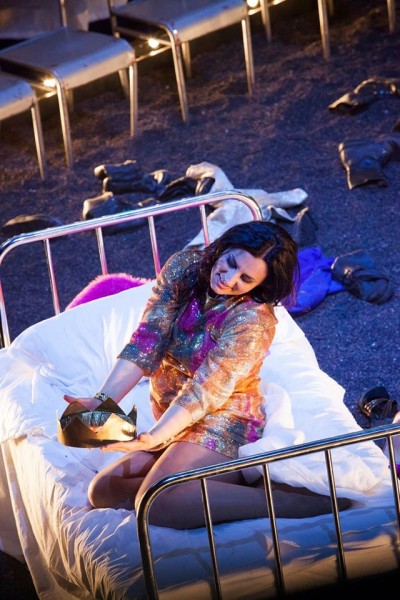 As said this edition from a visual point of view is a revival of the staging created for the Theater an der Wien in 2013, which caused also some perplexity for the “strong” staging by the director Damiano Michieletto, with the collaboration of Paolo Fantin for scenes and Carla Teti for costumes. Looking at this live performance I can safely say that the reserves are confirmed, even if the staging itself is well designed.

The initial visual emotive impact is strong, the characters come to life in the rubble left by the tempest, the idea of the complex father-son relationship is even too insistent, beginning from the movie that the director shows us while the orchestra plays the symphony, to the final childbirth when Ilia (pregnant just from the beginning of the opera) gives birth to Idamante’s son

Obviously the primum movens of the plot is the vow made by Idomeneo to the god Neptune to sacrifice the first person he meets on dry land after a storm, and that was inevitably his own son Idamante, with all the consequences of the story in the unfolding of the plot conceived by librettist Gianbattista Varesco.Some ensemble scenes are effective even because of the very accurate light designer Alessandro Carletti, but to sustain three hours in a theater seeing almost only a landfill of chairs boots suitcases and hospital beds is repetitive and boring (the opera is presented with some cuts, but it’s more than three hours of music with only one intermission) not taking into account several gallons of red paint, as flowing blood in good amount in perfect Grand Guignol style.

The director almost completely rewrites the story leaving little more than the names of the characters whose acting is always over the top, the scene is practically non-existent, only some veils delimiting the stage, the costumes are timeless and anonymous, apart from Elettra who is dressed like an elegant lady devoted to compulsive shopping. In the whole this staging by Michieletto seems slightly more acceptable than pretentious Die Zauberflote seen one month ago in Florence staged by the same director, with Schikaneder’s fairy plot set in a nimphomaniac nuns college. Nevertheless Mr Michieletto does not seem to have taken the mark even this time with a too much “strong” staging for such an opera.

As said the audience was pretty poor and the success was rather warm for everybody.