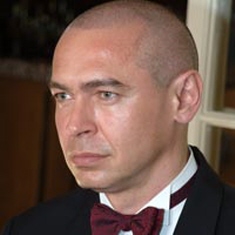 VILNIUS: The privilege for a classical pianist performing a solo recital, is that he can do what he want, and play his chosen program how he want to do it. Some times it is a success, and other times not. The last was how it happened when the legendary Croatian, world famous pianist Ivo Pogorelich played concert in the Lithuanian Philharmonic Hall some days ago. Presenting one work by Frederic Chopin and one by Franz Liszt in the first and the same two composers in the second part.

Unfortunately, it was a disaster. It was “rape of the piano”, and of the patience from the audience, who nearly was filling up the hall. And, unfortunately, since it was such a famous name, some of the audience thought it was good what they heard.  But it was not.

Mr. Pogorelich performance was eccentric, some times to slow, sometimes hysterically fast, and the biggest problem was that he a lot of the time lost the melody float in all his four big piano numbers, especially in the the two big numbers in the second part. In the first part where he started with the big Chopin piano Sonata no 2. opus 35, which includes the famous Funeral march as the third part out of three, I was listening and thinking that this was an interesting way of forming the Sonata, but when he came to the Funeral march, which is starting and ending the March, I understood, that here is something wrong. The March theme, was not a march but a rubato theme including the elements, which stays on the notes that he was using.

The between part of the Funeral March, the beautiful adagio, he split it up in a strange way, he didn’t repeat the 2nd and the 3rd part of the adagio part, as it is written, well, some does not that to share time, but then the Funeral march adagio part is loosing the pleasure of repeating one of the most beautiful passages, where there is a chromatic part an up-going line, which , when repeated are giving this particular Sonata an extraordinary beauty
. All this Pogorelich lost. Then he went back to the repetition of the March theme, and then it worked, for the only time in the concert, but only in the beginning, when he has come through the first march theme in good tempo, he lost it by, in his own eccentric way to rest on important details, but the shall not be a resting place, as he then is loosing the lines.

After that the very well known Mephisto Waltz no.1 by Franz Liszt was written in the programme. Honestly, I know this waltz quite well, and I couldn’t find the waltz tempo, and the themes was split up too much. Porogelich played a lot of details, not hanging together, and the sometimes a technically brilliant finale, as he do never have problem with the technic, but the melodic line was lost, and never came through.

The break, which in fact also was a disaster, because in the first bar, when coming out from the big hall, there were too little service, so when the bells called the audience in to continue the concert still 50 people were queuing up to get served. – And financially, then the house, the owner of the cafe were loosing a lot of money, from all the thirsty guests, who really wanted a refreshment, but the service worked so extremely slowly, so that was not possible to get. – More people on job, and more coordination and preparation
. Furthermore, taking orders from the audience for the break.

After the break Fredric Chopins Nocturne op 48 no 1, was programmed and this was followed by the finale Franz Liszt piece, Sonata in B minor. It was completely loosing the melodic continuation, lingering too long on a single note, or accord, followed by another equally long, and another even longer. This is not acceptable, we were sitting feeling that we were listening to a contemporary composition build on an idea like “Pictures from an Exhibition”. It is the longest version of the Liszt Sonata in B minor I have ever heard. – The New York Times once wrote after a concert with mr Pogorelich: “He played each note exactly, with such feeling, such expression. He was an entire orchestra”.

If mr Pogorelich wants to transform these, “normally” beautiful piano pieces, in to contemporary music, he is privileged, he can do that at a solo recital, but then it should not be advertised like pieces by Chopin and Liszt, but transcriptions by Ivo Pogorelich based on the numbers composed by Chopin and Liszt. I regret to say this was a disaster
.

– But the audience, who are flattered by the advertisements, posters every where, and as far as I understand, the high ticket prizes, they loved it, – well some of them were running away very fast, when it all was finished
. It is the longest and worst version of this Liszt Sonata I have ever heard.

One good thing! “- He didn’t play any encore, because then we wouldn’t have reached the last train”.

— GOOD INITIATIVE FROM THE ORGANIZERS
.

I want to emphasize. That organizing such concerts with so big famous a name in Lithuania is a brilliant initiative, that I hope will be followed up with many more. As this is giving the interested concert audience a possibility to listen, and also to get the good impression of how the international level is in the world of music. It too gives the possibility to find out that it is not always that a former legendary and world famous musician, in this case the former great pianist Ivo Pogorelich, not is as good any longer. That is an inspiration in it self. Furthermore to be technically splendid as Pogorelich definitely still is, don’t tell that he can present music. In this case it was not the music which was standing in the programme, but some eccentric private version of it. Which is not acceptable for me. These kind of arrangements is also giving the local talents, and all the young people studying music a possibility to observe, what is working on stage, and in this particular case, what is not working.