Repremiere of Romeo & Juliette in Monaco

By Henning Høholt, applause fotos Tomas Bagackas.
MONTE CARLO/MONACO: The repremiere of he 1996 Romeo and Juliette production of Jean-Christophe Maillot´s Romeo and Juliette at Grimaldi Forum in Monaco 16th
. April 2015 is an expressive and joyfull experience with a brilliant cast. Heading Stephan Bourgund as Romeo and Anja Behrend as Juliette.

Furthermore George Oliveira as a brilliant Mercutio, with beautiful hgh legs and Alvaro Prieto as ane expressive Tybalt, We also enjoyed how well Alexis Oliveira made the role as Father Laurent to a main role.

As years has gone since the premiere, and it is now a new casting, this is refreshing the production, so it is, for me, like a new fresh Romeo and Juliet, presenting the choreography and the ideas of Jean-Christophe Maillots choreographic language, when he was younger, in a new fresh energic light. 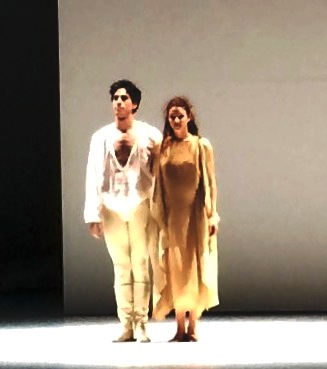 Still with a lot of energy in the dancing, one of the highlights for me, was not an energic scene, but the scene, when Romeo, Stephan Bourgund, is returning to his secret belowed Juliette, after he has killed Tybalt. The quietnes in his attityde, the beauty in his stage presence, before she is attaccing him and they continue with their beautiful expressive goodbye pas de deux was my highlight this evening. As it opresented a virtuose dancer, with a lot of energy and beauty, in another side of his talent, the sadnes, whe only his quitnes send deeply heart feelings to Juliette, and of course, out to the audience. 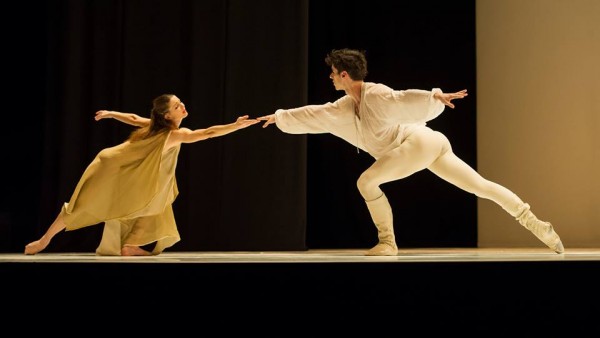 Maillots developing of the Father Laurents role to a leading role, showed this figur in another and much more importent position than usually, in a way that told more about how importent this role is in this famouse William Shakespeare history. 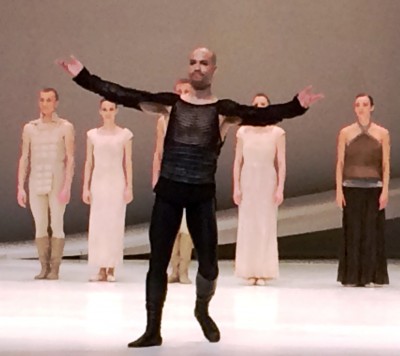 The beautiful history was in addition full of many good dancers in a lot of minor roles, Daniele Delvecchio as Benvolio, Ediz Erguc as rince Paris, Mimoza Koike as Lady Capulet, and the very amusing Maude Sabourin as the Nurse of Juliette. Asier Edeso and Bruno Roque was the two helpers of Father Laurent. In addition to a good corps des ballet.

– It is interesting that The Monte Carlo Ballet attracts many interesting dancers, on the role list,  in the group of the Montaigues, we were please to notice the young  very talented Swedish dancer Joakim Adeberg, (born 1989) who in 2008 was winning Gold medaille in Grasse, and was finalist in Prix de Lausanne the same year. 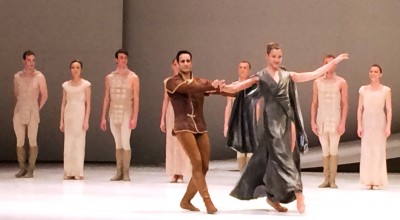 Man is irrational and Jean-Christophe Maillot’s ballets constantly illustrate this impulsive nature that routinely overflows the frameworks imposed on him.
Pretending otherwise by attempting to reason is unfortunately often synonymous with disappointment. This is the tragedy of Brother Laurent in Romeo and Juliet, a ballet that has widely contributed to the international reputation of the Ballets de Monte-Carlo.

. He hopes to make them see reason by using the love felt by their two children, but nothing good can come of this good intention; Romeo and Juliet’s impatience makes them uncontrollable and the hate felt by both families blinds those that have the power to bring peace.

Until the tragic outcome, human nature will prove impervious to any reflection. 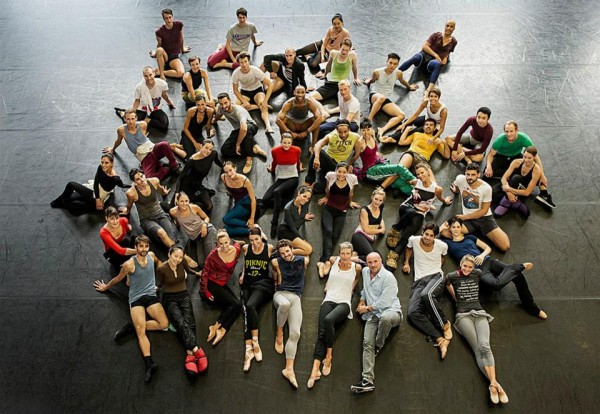