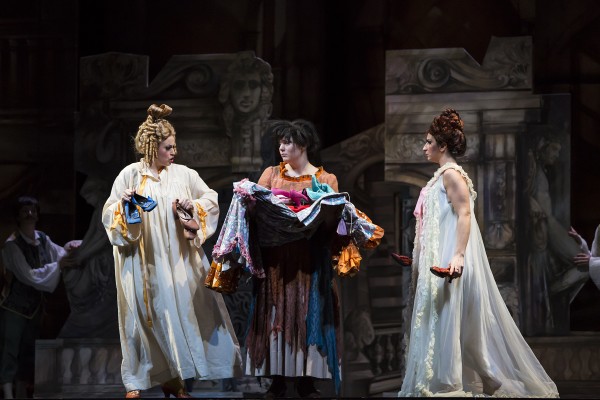 LUCCA/ITALY: After a short gestation (the composition lasted a few weeks) La Cenerentola ossia La bontà in trionfo by Gioachino Rossini was premiered in Rome in 1817 with renowned mezzo Geltrude Righetti Giorgi in the title role, who just one year before had been the first Rosina in Il Barbiere di Siviglia
. The libretto of the Roman poet and scholar Jacopo Ferretti was very freely inspired to the fairy tale by Charles Perrault. Initially this opera was not successful, but quickly gained the audience’s favor.

A tribute to Lele Luzzati 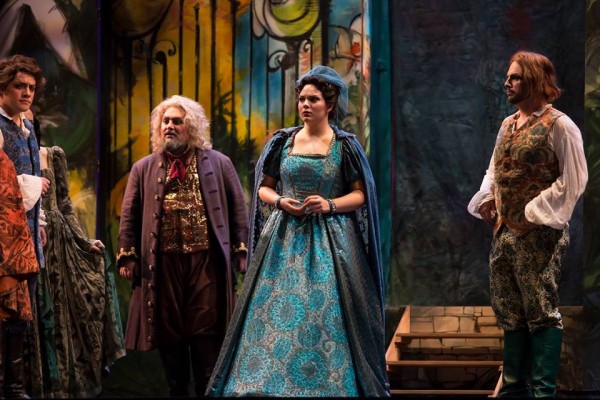 With this production the Teatro del Giglio also intended to make a tribute to Lele Luzzati on the tenth anniversary of his death, infact the beautiful stylish fairy costumes used in this occasion were created by the great Italian designer and costume designer in 1978 for Teatro Margherita in Genova.

The not particularly valuable scenes by Enrico Musenich made by sliding painted panels agree well enough if nothing else from the coloristic point of view with the originality of the costumes.

La Cenerentola is a rather ambiguous and delicately balanced “di mezzo carattere” opera, which should be performed with great respect and great caution, think for instance particularly to the main character and to the philosopher Alidoro, a real deus ex machina of the opera. Unfortunately the scene director Aldo Tarabella and the conductor Erina Yashima fall into the trap of making it vulgar and tumultuous at any price. 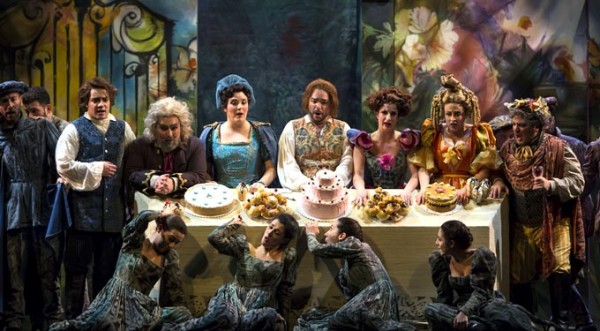 Mr Tarabella lacks in misure and good taste staging too much over the top scenic situations and by-plays, as in provincial theaters in the days when the “opera buffa” (and La Cenerentola isn’t an “opera buffa” but a “dramma giocoso”) was represented in this farcical way: the stage is always littered with gesticulating actors and mimes, the exaggerations and bad taste went sometimes to the excess.

Mrs Erina Yashima shows a heavy conducting, lacking in subtleties and with particuraly personal fast pacing, often covering the voices, the concertatos and final of act at the best they could, and the sinchrony with the singers was too often put to risk.  The Orchestra Giovanile Cherubini and the Chorus Melodi Cantores were no more than on an average level. 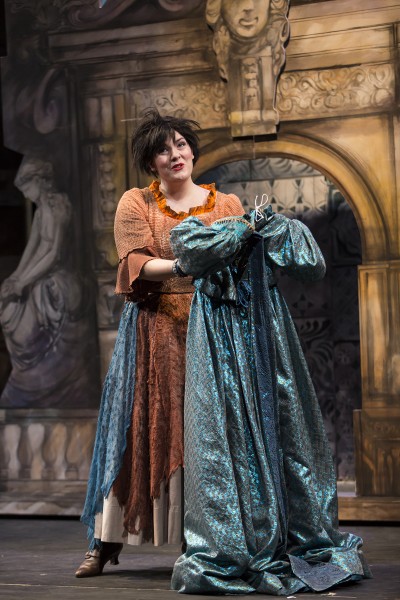 Teresa Iervolino as the main character Angelina was vocally a little subdued, with vocal problems especially in the upper register

in the near future because of the increasing population ofsuch as relationship distress, sexual performance concerns, cialis.

. In the medium her voice is beautiful and uniform but lacks a bit of harmonics and vocal roundness Moreover she is fairly generic as an interpreter, as if she had yet to mature her character. Probably Angelina’s vocal writing is too much high for her vocal possibilities,
The young Italian tenor Pietro Adaini exhibits an interesting and quite safe in the upper register voice, while in the medium he seems to be awed being his voice slightly projected and not well sustained. He is not too credible on stage, and we hope that over time he shall improve, given the young age, in fact he is only 24 yo. 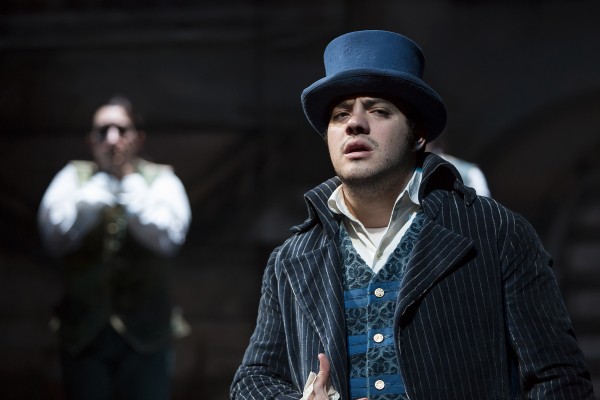 We must extoll the intelligent and warmly applauded Marco Filippo Romano as Don Magnifico, who combines to his uniform and great valued flexible voice an irresistible scenic art of a real “buffo” but also showing a certain innate elegance in his singing line
. On the whole he gave an excellent performance and rightly the large audience of the Teatro Giglio of Lucca reserved him the warmest applause of the evening. 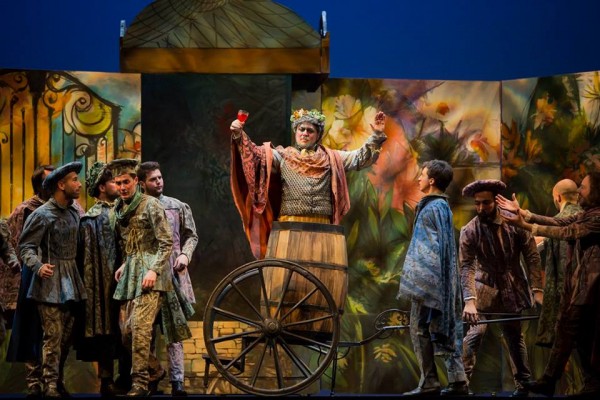 Pablo Ruiz as Dandini was excellent both musically and scenically, moreover being perfectly in command of his role. 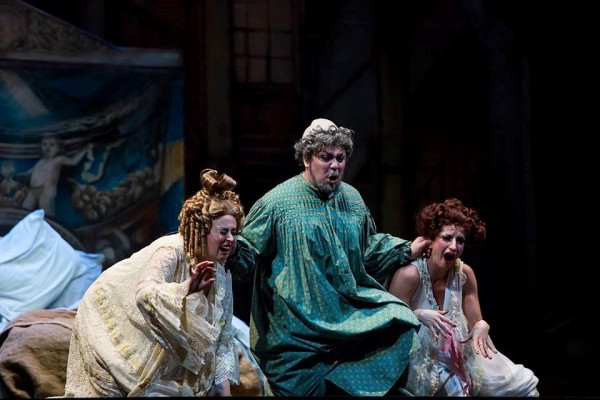 The stepsisters were Giulia Perusi as Clorinda and Isabel De Paoli as Tisbe. These two roles are among the most massacred in the history of this opera, and the two singers (vocally barely sufficient) with their really excessive quips and jests and surely misdirected by the stage director and the conductor were no exception.
Matteo D’Apolito was a decent Alidoro.

The audience that filled out the House was very warm with everyone. 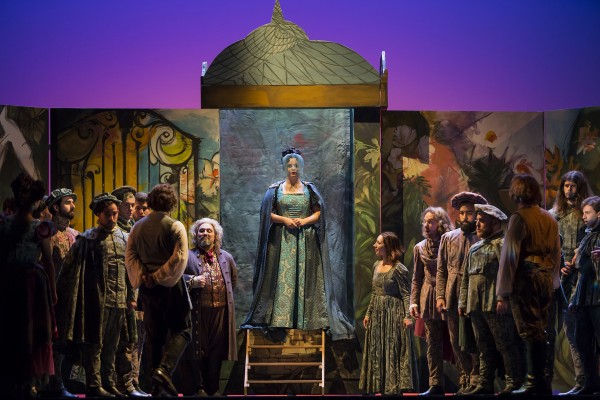 Please also enjoy Torkil Badens review of Cenerentola, staged by Stefan Herheim, right now programmed at The Norwegian National Opera in Oslo, which will later be performed at the Lyon Opera, France at: http://www.kulturkompasset.com/2017/01/23/creative-cenerentola-in-oslo/