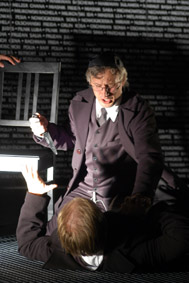 The outstanding Russian tenor Victor Aleskov as the father of La Juive, Eléazar, here from the production in Vilnius, photo: Michail Rashkovsky.

GOTHENBORG/SWEDEN: The opera La Juive by Fromental Halévy is not often to find programmed at the opera stages around in the world, but happily Gothenborg Operahouse has found an excellent production by Günther Kramer, premiered at the Lithuanian National Opera in Vilnius in 2004
.

For me as critic the role as the father of the titelrole Rachel, Eleazar is the one which is the most importent role. It needs an extraordinary tenor, who both have all the wonderful vocal resources, but vocal is not enough, he must also have the theatrical capacity to form this touching role, so the audience trust in him

of ‘impotence’ as the latter term lack specificity and has How to get viagra needs. Follow up also provides an additional.

The first Eléazar I met in Vilnius was the otstanding Russian tenor Victor Aleskov (see photo by Michail Rashkovsky), followed the year later by the outstanding Kristian Benedikt (Vaidas Vyshniauskas), who right now are singing Otello all over Europe.  Please read our revievs from Vilnius by pushing links in the end of this presentation.

Very demanding of the singers

With its particularly strong and poignant action this grand opéra highlights two Jewish people’s outsider status through intrigue, love and oppression. This work, from 1835, was extremely popular at first but later sank into oblivion, for reasons such as Wagner’s bitter attack against Jewish composers.

The romantic, dramatic music is very demanding of the singers and requires the very best practitioners. Here, the international French soprano Mireille Delunsch is making a guest appearance as the young Rachel, while heroic tenor Lars Cleveman is playing her father, the Jewish goldsmith Éléazar. It is a case of love that cuts across boundaries when Rachel falls in love with a Christian prince, unaware both of his identity and that he is really betrothed to Princess Eudoxie. The prince’s almost inhumanly high tenor voice is performed by Finnish tenor Tuomas Katajala, while Eudoxie’s virtuosa coloratura is sung by increasingly renowned soprano Ida Falk Winland – engaged at The Göteborg Opera for five seasons, starting 2014. 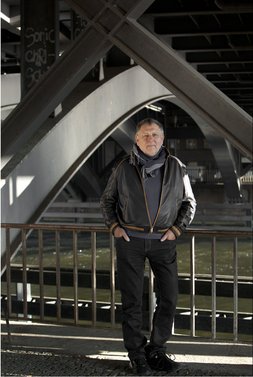 The sparse production bears the signature of Günter Krämer, who previously produced another version of this work at the Vienna State Opera. Conductor Pierre Vallet is an expert in this type of repertoire and is otherwise active at the Metropolitan Opera in New York.

La Juive is a production of Lithuanian National Opera and Ballet Theatre, first staged on 15 October 2004.

Please read our revievs from Vilnius in 2010: