By Henning Høholt on 7/04/18 • Categorized as Festival,Opera,Tourism 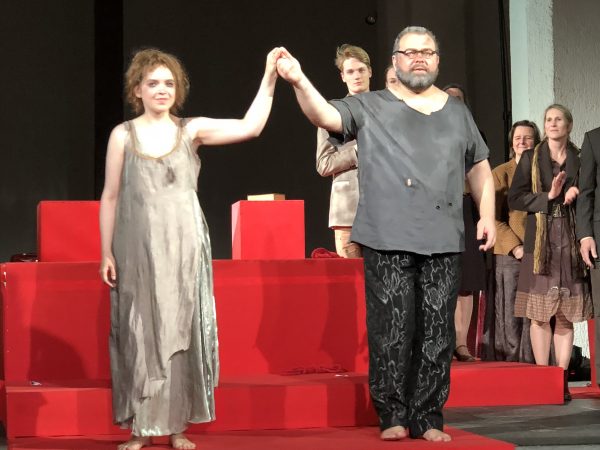 We had a normal Jewish family, the only thing was that this was not a normal family, a father and a daughter being in love with a young man that was not Jewish and therefore it became all wrong. – 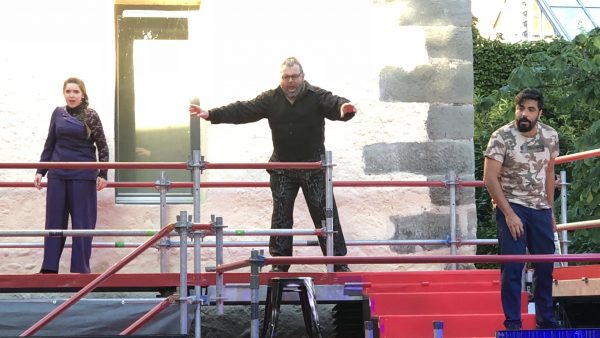 Dramatic scene from La Juive, In the center the old father Eleazar, daughter Rachel, letft, and the Leopold.

Well in the beginning we met at good father, who was Jewish and who, of course wanted that his daughter should be married to a person, who had the same religion, not to complicate it too much. And so he did as good as it was positlve to do. 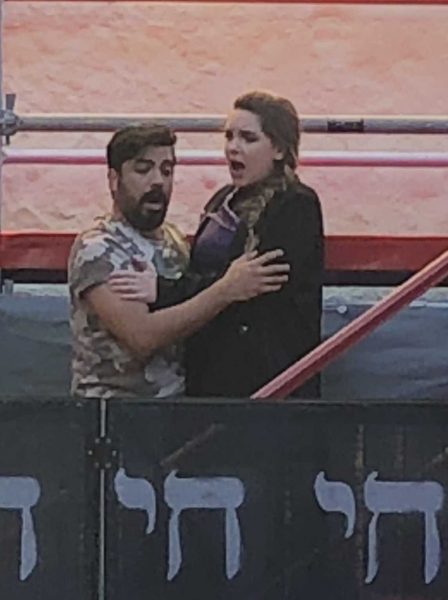 The young Rachel, Yana Klain, together witht her lover Leopold Francisco Brito , before her father find out af the relationship.

The problem was that when he didn t want to cooperate, then they got the problems, and in the these times it was not so easy to find the right way to do it, so then the beginning of the problems was made for the whole family. 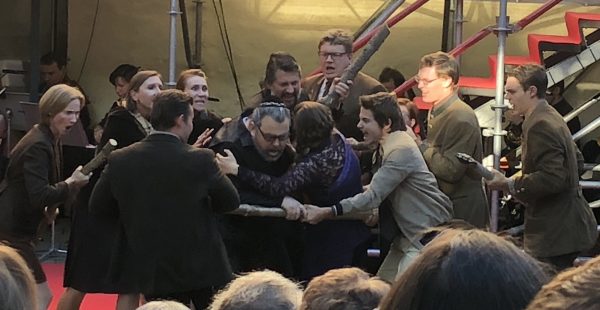 But, of course, there is a small conflict already when it opens
. Central is Eleazar and hos daughter Rachel.

Well it all starts, as it shall, we find the two leading roles Eleazar, who is a jewish Gold smith,  and his daughter Rachel, They are a good couple and with them the basic for the whole opera, is a trust. 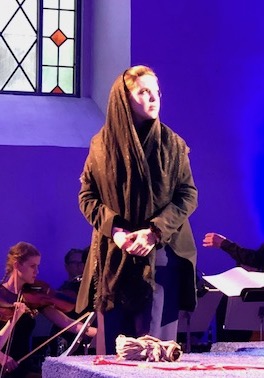 Yana Klein, as the young innocent daughter of the splendid father Eleazar.

Constance 1414: At the beginning of the council, which struggles for ecclesiastical unity, the conflicts between Jews and Christians get out of control in the city. The situation escalates when it becomes apparent that Rachel, the daughter of the Jewish goldsmith Eleazar, has a relationship with Léopold, the fiancé of Princess Eudoxie, who is also Christian. Relations between Jews and Christians are punished with death. 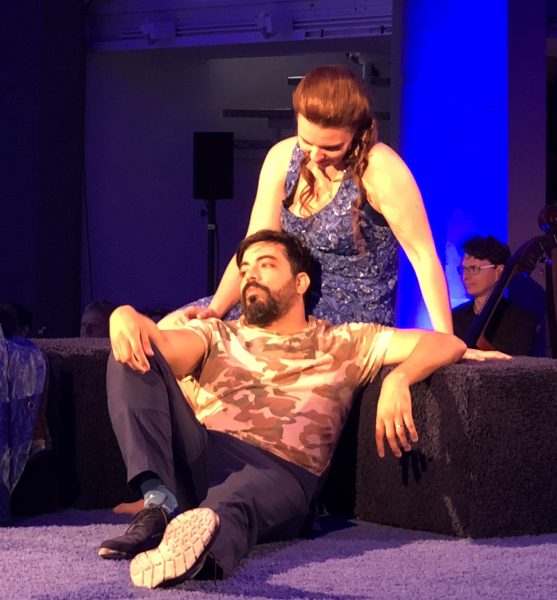 We all see , that this will go only the one way, and after first break, we have met them  all an the second house of where it goes on, and we have found out they are not Jewis all of them then we have found that it will not go so easy as we have ecpected in the beginning. 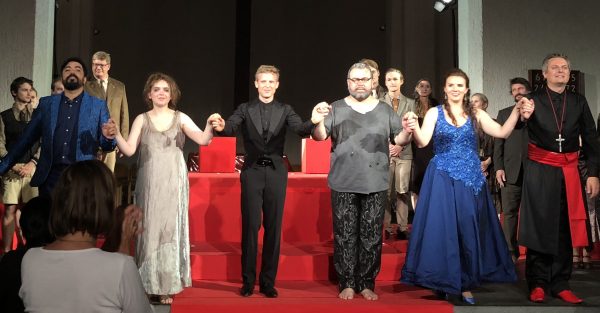 The opera LA JUIVE by Jacques F. Halévy and Eugène Scribe from 1835 is not only a dramatic love story – it is a plea for humanity and a warning against fanaticism of any kind.

At the end of the council jubilee, the opera is to be experienced at the actual scene of the action – in the old town of Konstanz: LA JUIVE begins in the open air in the inner courtyard of the Kulturzentrum am Münster. From there, the plot leads into the concept store Sankt Johann and finally into the Lutherkirche. The paths between the venues are interwoven in the staging, Konstanz serves equally as a backdrop and sound space. Opera visitors are not just spectators in this way – they are put directly into the staging.