FIRENZE/ITALY: As the author of the libretto, stage director, scenes and costumes designer, Pier’Alli seems to be the main craftsman of this production of  “La metamorfosi” an opera by Silvia Colasanti, from Kafka’s homonymous romance, one of the most important texts of the twentieth century literature
. It was published in Leipzig in 1915, and although difficult to stage, it has had even some theatre and movie adaptations.

The action is almost non-existant. Gregor Samsa, a commercial traveller, changes into an enormous cockroach, so we can follow the reactions of the members of his family to his enigmatic metamorphosis: at first everyone is astonished, then they tend to exclude him from their lives, until his death. 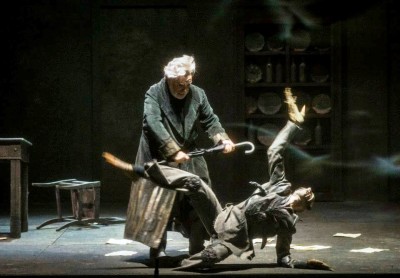 This performance in Florence is a revival of the 2012 world premiere production, and is notheworthy for its coherence and compactness, so that it’s almost impossible to reward separately the many creators of the visual and dramatic parts, whose merits we aknowledge mainly to Florentine Pier’Alli, a great personality in theatre world and an intellectual

. Already his coureageous libretto has a tragic fascination and even without listening to the music based on it, captures strongly the disturbing and allucinated atmosphere created by Kafka. 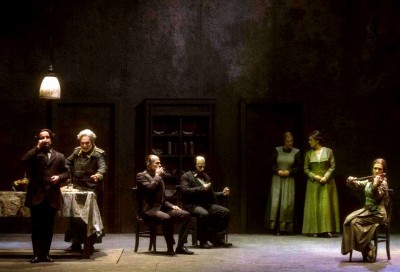 Visually, the dark and claustrophobic athmosphere is wonderfully captured in a single scene (a mobile wall separating Samsa’s room from that of the rest of the family: this wall moves on stage making from time to time one or the other room larger) and before it, a veil curtain upon which are projected abstract and onyric images, always distressing. 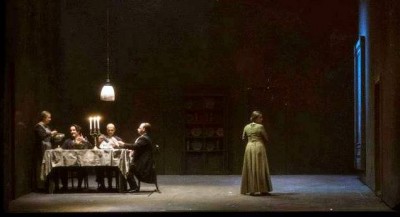 With such a fulfilling and accurate stage design, Silvia Colasanti’s music stays paradoxically in the background. Her expressive language doesn’t seem very original, even if really effective and in keeping with the situations of the plot. The vocal writing is varied, often it’s a continuous declamato, sometimes difficult like it’s specially for the role of Samsa’s Sister.

On the musical side, first of all we must praise the adherence to the score by conductor Marco Angius, who is an expert in contemporary music, leading Orchestra and Chorus del Maggio Musicale Fiorentino (both in very good shape) in a smaller formation than usual, as required by the score and also by the little dimension of Teatro Goldoni.

I prefer to praise the interpreters all together, being difficult to make a classification out of their merit, considering that the score is very difficult and demanding, and is a difficult test for the capabilities of each singer
. Paradoxally the main character, Gregor Samsa, isn’t played by a singer, but alternativally by a dancer, by an actor speaking out of scene and by the chorus. This division is particurarly evocative, because on stage we see only dancer Fabrizio Pezzoni, whose make-up is quite made up so to be extrahordinary plausible as Samsa’s animal appearance
. 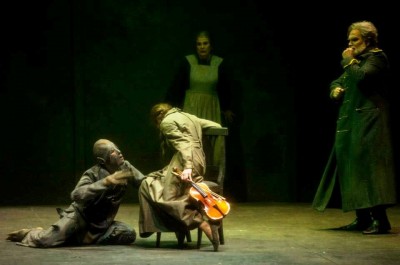 This was really an intelligent staging, a very good performance, that was highly appreciated by the audience that filled Teatro Goldoni in Florence, and hopefully will be re-staged in other Houses, being this splendid staging probably inseparable from the score by Silvia Colasanti. 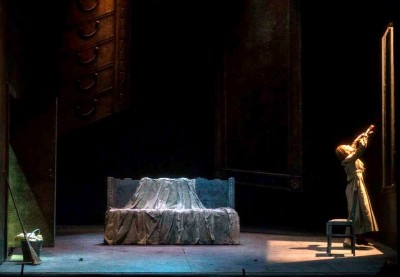