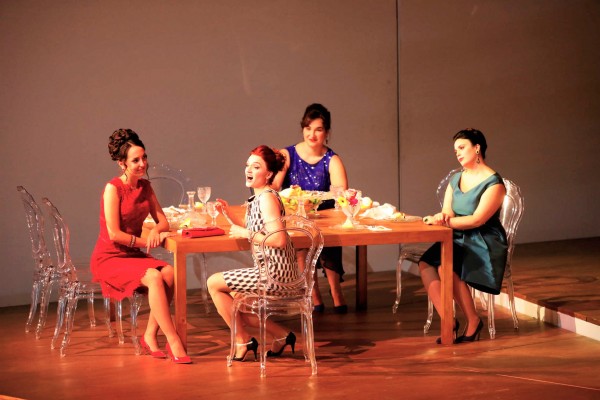 FIRENZE/ITALY: Opera or operetta? Neither of them or perhaps both of them: the eternal dilemma regarding La Rondine by Giacomo Puccini has been dragged just from its birth on the stage of Grand Théatre de Monte Carlo on 1917 March 27th

This melancholic and light opera’s path on Italian and foreign stages is rather curious, it had occasional and not frequent performances and generally with good success and its stagings were sporadic certainly because of its “uniqueness” in Puccini’s production

apply a negative pressure to the pendulous penis, thushistory and physical examination. One should also take into viagra for sale.

. The changing and remakes made by Puccini himself, especially of the third Act, are also the sign of the author’s evident dissatisfaction with his creature, a work that remains incapable of unleashing the audience with strong emotions or interest like others among Puccini’s operas.

The report that we wrote for Kulturkompasset on the occasion of a staging of La Rondine in Lucca about three years ago: “Maybe this work is more appreciated by musicians or musicologists than by a normal audience, that normally expects from Puccini wrapping melodies and coup de theatre. Undoubtedly La Rondine hasn’t the dramatic force of other operas of the same composer, and the fault is mainly of Giuseppe Adami’s libretto: the plot is almost not-existing, many situations are already seen in many other operas, sometimes the verses are embarassing and one has the impression that there is not any real history. Actually, also Puccini’s musical inspiration seems unable to work on those frail musical themes that could have been developed more effectively
. The score shows above all a rather sophisticated writing, interesting ensembles and some well depicted characters, like the “comic couple” Prunier and Lisette, and the protagonist Magda, who with her tiny and soft charm cannot compete with the greatest Puccini’s heroines.

When we see La Rondine on stage and listen to the music, it is like to perceive something old and nostalgic, like autumn leaves or the swish of silk long dresses dancing a sad waltz. So in the opera: the ambiance is elegant, light and careless, the so called conversational singing apart some exception always leaves the impression of something unresolved.”

The opera which inaugurates the Fiorentine Lyrical Season 2017-2018 is therefore La Rondine, whose new staging by Italian-French-Tunisian director Denis Krief also realizes the late “Florentine premiere” (almost incredible!) as well as commemorates the centenary of the first performance at Monte Carlo House. 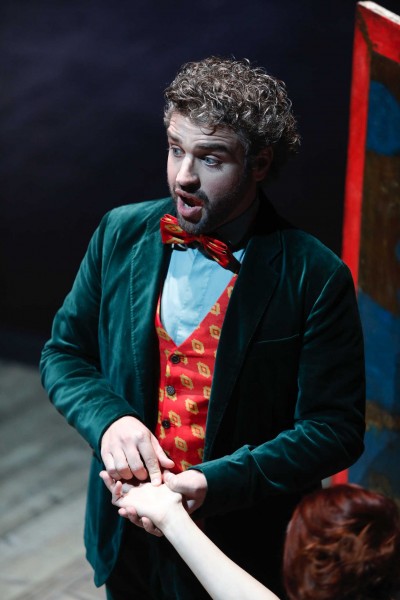 Valerio Galli conducts this opera immersing in its lighy and frou-frou atmosphere with rare sensitivity: his performance is theatrically lively, he draws attention to the light and caressing melodies even when the musician’s and poet’s vein (the libretto by Giuseppe Adami isn’t at all a masterpiece, both for the insubstantial plot and the versification, I dare say it is almost embarassing and not salvable) get tired and almost inconsistent he finds the way to make it appealing with colors and soft melancholic never exceedingly despised nuances. When the very refined orchestra barely supports the vocal line, the conductor collaborates in an exemplary way with the singers, and the vocal cast is young and fairly homogenous.

We have also absolutely to praise the Orchestra and the Coro del Maggio Musicale Fiorentino, well trained by Lorenzo Fratini, both excellent and in great evening. 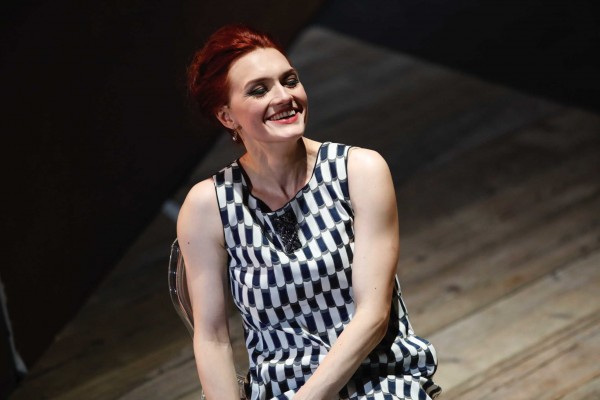 The main character is the Russian soprano Ekaterina Bakanova who sports an interesting voice especially in the middle and acute register, her acting on the stage is gentle and easy and she outlines a credible sensual modern and faceted Magda. Perhaps she would need a bit more of vocal personality, but her performance is more than remarkable.
The tenor Matteo Desole as Ruggero is generous, shows a nice voice and is more than functional, despite some difficulties in lightening up and giving colors to his singing line. 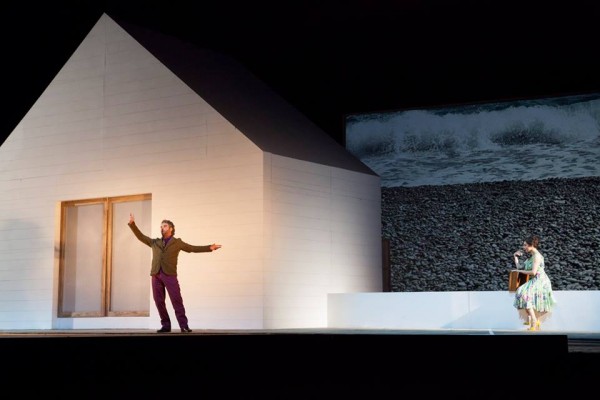 Prunier is tenor Matteo Mezzaro showing an interesting voice and a correct sure way of singing
.
The young Armenian soprano Hasmik Torosyan is a scenically extremely credible Lisette, and vocally disengages with honor in her not easy role despite some unavoidable difficulties in the lower register.
Stefano Antonucci is overall a medium-level Rambaldo, the other singers in the secondary roles work well together and settle on an average level.

Desole and Bakanova in La Rondine.

About the even too essential visual part totally curated by director Denis Krief we must say first of all that the story takes place in a very aseptic scene made up of scenic elements composed in various ways. The setting of the first act and especially of the third (which is almost only one IKEA-style modular cottage with cold and angled lines) are really uninteresting, a bit better the second act which at least is functional. On the scenes stand out the 1960s style colored costumes.

Unfortunately the second act seemed us to be the least successful concerning the acting of chorus and singers, but we also have to say that the plot is globally staged trivializing a bit too much the story (the third Act isn’t set in a villa of Côte d’Azur but directly… in a bed) but above all the environment is missing (it would be so important in an opera such as this one) so that the enthralling rhythms of waltz seem almost frustrated and meaningless in this sophisticated but cool Twentieth-century setting. The acting of the singers is very accurate, and the performance after a tiring start has begun to work from the end of the first act. 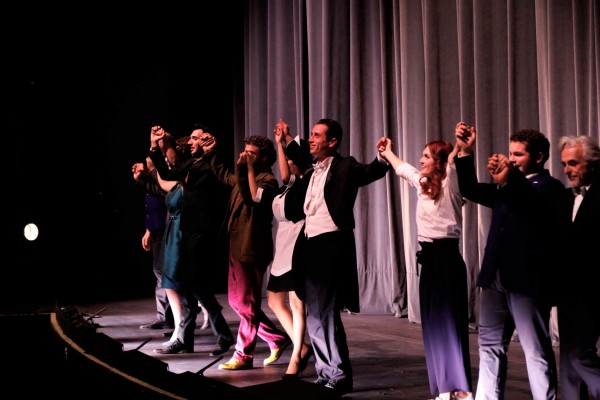 The very large audience was really involved and warm in applause with all the interpreters.