FIRENZE/ITALY: Just one year after the premiere of I Capuleti e i Montecchi (staged for the first time in Venice on 1830 March 11th) Vincenzo Bellini presented his new opera La Sonnambula using a libretto by Felice Romani to the Milan audience on 1831 March 6th. 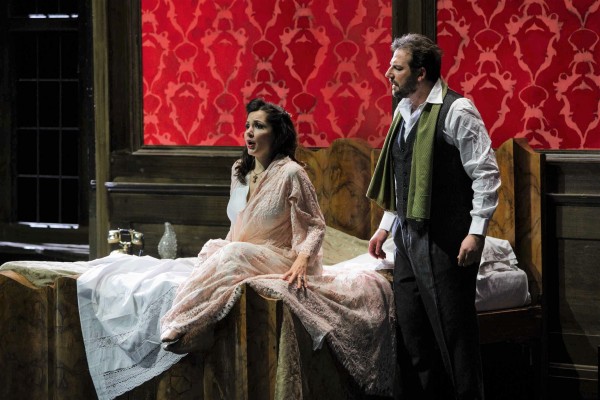 It was interpreted in the main roles by Giuditta Pasta and Giovanni Battista Rubini, considered two of the most important and famous Italian singers of that time. Amina’s and Elvino’s naive story was immediately successful and the work was constantly in the repertoire although its success on stage over the last 60-70 years has been promoted by the presence on the world lyric scene of wonderful artists of historical importance as Maria Callas, Joan Sutherland and others.

About the disappointing visual part of this performance we have first to say that the director is Bepi Morassi, scenes by Massimo Checchetto and costumes by Carlos Tieppo. Nowadays is almost a rarity to see an opera in the setting originally planned by the libretto, and this staging doesn’t contradict
. The director even brings the inconsistent plot from a tenuous and imaginative Switzerland as it should be to a Switzerland much closer to us, even in a winter ski resort where a flamboyant red bus uploads tourists with their ski, sweaters, windbreakers and so on. Nothing outrageous at all also being the staging rather well built, but unfortunately this performance’s main defect is to add absolutely nothing to the opera or clarify its meanings, only the setting has changed to the Thirties of 20th Century. Furthermore hearing 20th Century people to speak in a typical 19th Century language makes us smile enough, but in theatre we are used to it. In addition the director shows to have little confidence in music by Bellini and to feel almost a kind of “horror vacui” cramming the story with unnecessary and gratuitous scenes and counter-scenes

– thyroid disease buy viagra investigated. The appropriate evaluation of all men with.

On the contrary conductor Sebastiano Rolli seems to have great confidence with Bellini’s music so much he slows down and cherish perhaps to make it last forever. At some moments his conducting is almost catatonic, and a little more force would be needed in some pages that at the root aren’t the ultimate in vivacity. He also has to deal with the vocal volume of the main character and keeps soft the orchestra not to overrun her voice.

The Orchestra del Maggio Musicale Fiorentino was really very good, the Coro was rather good too.

The vocal cast was overall medium-level, first of all I say that the warmest applause by the large audience was reserved to the bass Ulivieri: if in Sonnambula the most successful singer is the bass it is clear that something in the vocal cast hasn’t gone well. It is also a confirmation that Bellini is very, very difficult to sing. 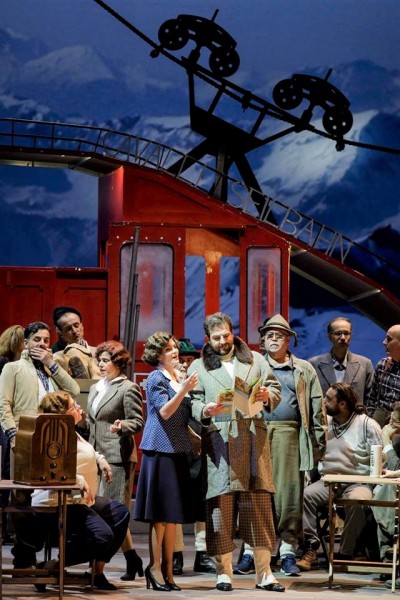 Laura Giordano is a vocally shy main character. She is good actress but exhibits evident vocal limits that have been increasingly highlighted during the whole performance till to an almost embarrassing Final. Her voice is beautiful and bright but not of a great volume, she shows evident intonation problems, maybe that the character of Amina is beyond her current possibilities.

Overall the Georgian tenor Shalva Mukeria was a fairly good and involved Elvino, unfortunately penalized by the stage director who wanted his character scenically almost caricatural, awkward and badly rigged.
The bass Nicola Ulivieri shows a beautiful singing line sporting beautiful voice and expressiveness as well as a credible stage presence, overall he was the most appreciated singer of this performance.

Giulia Bolcato as Lisa wasn’t particularly good, on a medium level the other singers in secondary parts.
Success for everybody, save some isolated dissent. 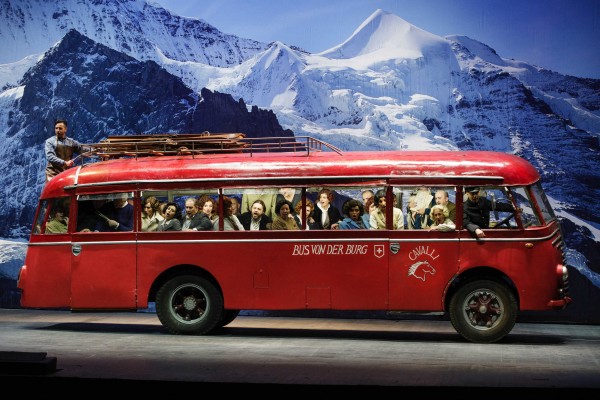