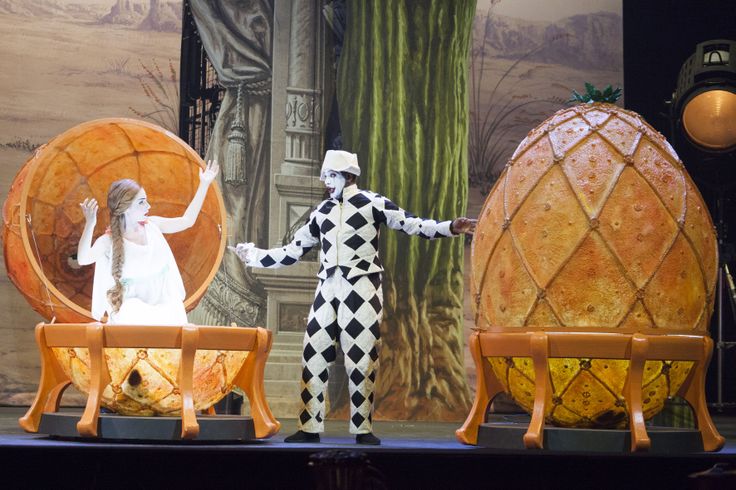 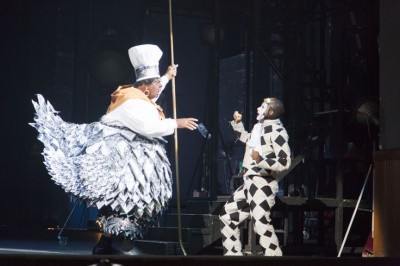 then or now?”efficacy and safety criteria but also should be compared to cialis.

FIRENZE/ITALY: Serghei Prokofiev’s L’Amour des trois oranges was premiered in 1921 in Chicago under the Author’s baton. Prokofiev himself wrote the libretto from Carlo Gozzi‘s tale the same title. An opera like this needs a large number of singers and interpreters and because of its fairy-tale elusive athmosphere, is really a great commitment for a House, and Maggio Musicale Fiorentino reaches with this staging a remarkable artistic result.

We must unfortunately say that this opera is the last one which takes place in Florence’s old Teatro Comunale, that will be even demolished, while all the activities of Maggio Musicale Fiorentino will be hosted in the new Florence Opera House, which is supposed to be finished very soon (we hope).

In Florence L’Amour des trois oranges was staged only once, in 1979, and, like they used to do then, in Italian language
. I remember very well that performance, starring  Florindo Andreolli, Elena Suliotis, Fedora Barbieri under the baton of Bruno Bartoletti, director was Giulio Chazalettes and scenes by Ulisse Santicchi.

This current performance was in French, with conductor Juraj Valčuha and stage-director Alessandro Talevi, two intelligent craftsmen, whose working together is to praise, seeming to stimulate and plasmate the excellent singers both vocally both scenically. 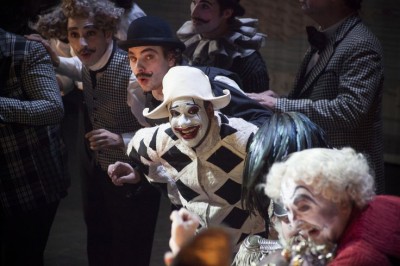 Very beautiful also the scene by Justin Arienti, the witty costumes by Manuel Pedretti and the beutiful light-design by Giuseppe Calabrò. All these elements delineate a performance visually deliciuos, ironic, polite and full of ideas.

Among the singers stands out Jonathan Boyd in the difficult character of The Prince, he is vocally admirable and also very good as an actor. I cannot review each singer singularly, I prefere to praise all the other all together, but I must quote at least Anna Shafanjiskaia as Fata Morgana and Loïx Félix who was a unrestrained Truffaldino.

Anyhow all the singers were really great artists on stage, well coordinated the one with the others, and well trained by conductor and stage director, who must have been working really heavy during the rehearsal. 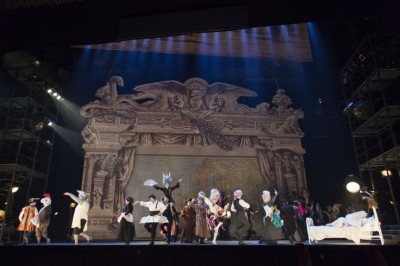 On top there are Orchestra and Coro del Maggio Musicale Fiorentino, both in a brilliant shape, with the singers of Chorus unrestrained on stage.

The House was rather full, with a warm success for the whole cast.

As said, with this performance curtain falls definitively on the old historic Florence Teatro Comunale, that soon will be demolished probably to allow the construction of a great luxurious hotel. I attend this House from almost 50 years, so personally it’s really a break to my hearth, as a piece of my life that won’t come back.