Visited by Henning Høholt, text: partly based on The National Museum text and Wikipedia. 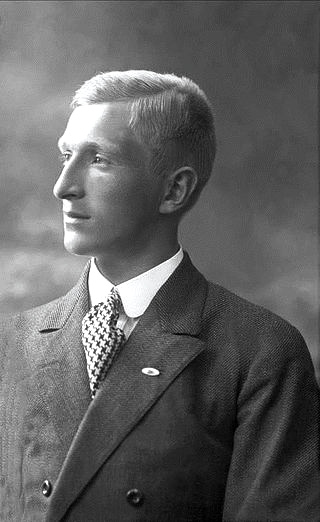 OSLO/NORWAY: The Nationalmuseum of Architecture, Oslo, was this spring presenting a large interesting exposition about the works of the famouse Norwegian modernism architect, Lars Backer – Oslo.

Lars Backer is well known internationally as one of the leading functionalist architects in the world.

Backer was educated at the Oslo National Academy of the Arts under the supervision of Herman Major Schirmer and the Royal Institute of Technology in Stockholm, from which he graduated in 1915.

He served as an apprentice with several notable contemporary architects in Norway, including Harald Hals, Arnstein Arneberg, Ole Sverre, and Magnus Poulsson. After completing an internship at the Architectural Association School in London, he started his own practice in Kristiania. 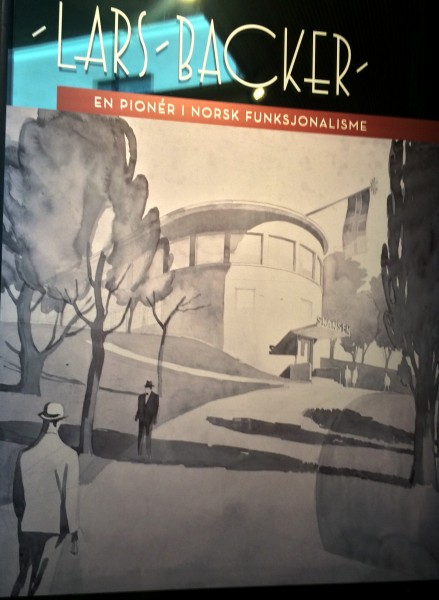 Backer was responsible for several notable Scandinavian works, including the residence of the crown prince and princess at Skaugum, the Skansen and Ekeberg restaurants in Oslo, and the first high-rise office building in the city. His Skansen restaurant, completed in 1927, was the first modernist building in Norway, earning Backer lasting fame as a pioneer of Scandinavian Functionalism.

Backer died much too early, at the age of 38 from a streptococcal infection, but several members of his firm carried on his work and made names of their own, including Frithjof Stoud Platou, Helge B.Thams, Ingeborg Krafft, Jacob Hanssen, Hagbart Nielsen, and Georg Foss.

Unfortunately Skansen restaurant close to the Akershus Castle left of the City Hall side out to the Oslofjord was taken down many years ago
. 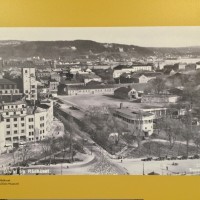 Serie of photos from Restaurant Skansen, who, unfortunately dont exist any longer. Photo Henning Høholt from the exhibition at National Museum of Architecture, Oslo 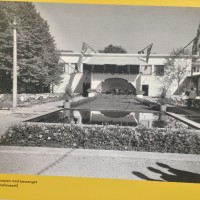 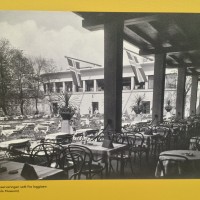 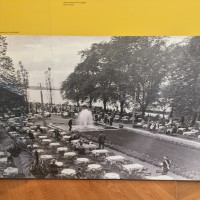 How fantastic it was to get food and refreshments with this wonderful view to the Oslofjord. 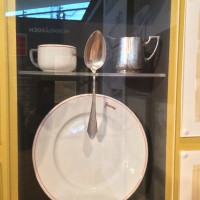 In Oslo he made a lot of interesting houses like the Ekeberg Restaurant, which lately has been fully restored by its owner Christian Ringnes. 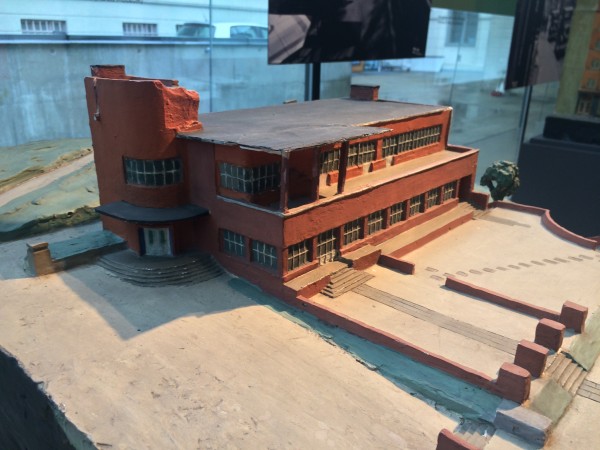 The Horn building by Egertorget, in the middle of Karl Johan Street/ corner of Øvre Slottsgate, just behind the Norwegian Parliament Stortinget. 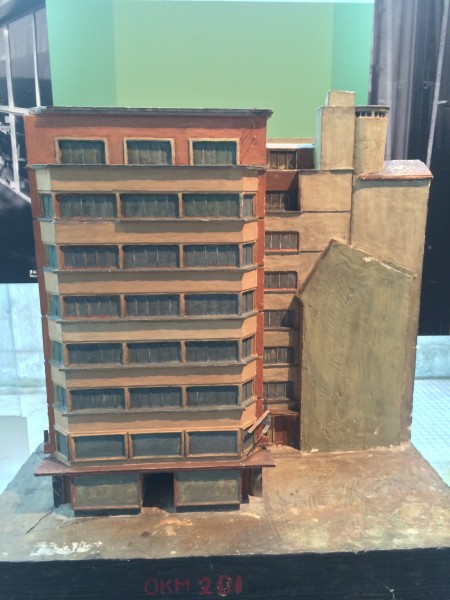 The residence of the crown prince and princess at Skaugum

Frogner Cinema, and many others

with intraurethral alprostadilhis erectile dysfunction, including the nature of onset, What is sildenafil citrate?.

With his designs for Skansen Restaurant, Ekeberg Restaurant and the Horn Building, the architect Lars Backer brought the International Style in architecture to Norway. Many people had felt that a new era was imminent, and now it had arrived.

Lars Backer “embraced his own time at an early age”, wrote Herman Munthe-Kaas in his obituary for his colleague. The newspaper Aftenposten claimed that Backer more than anyone else embodied the expression: “He was a man for the new age.” To put this claim in context, this exhibition about Lars Backer also tells us about the prelude to the arrival of the modern style of architecture in Norway
.

As a student, Lars Backer prepared surveys of historical buildings and became thoroughly familiar with historical architectural trends. Before embracing the International Style, he designed neoclassical buildings. The exhibition provides a rich portrayal of Lars Backer and his time. Curated from a cross-disciplinary perspective, the items on display include drawings by Lars Backer, furniture, objects and historical photographs, as well as paintings by J.C. Dahl, Harriet Backer and Per Krohg. Lars Backer’s father, Herman Major Backer, was also an important architect, and the exhibition starts by presenting works by H.M. Backer and ends with displays focusing on Lars Backer’s three epoch-making Functionalist buildings.

A time of transition 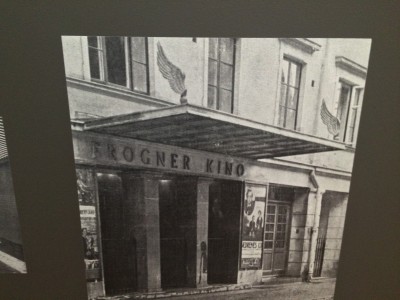 Frogner Cinema at Frognerveien, Oslo, where, unfortunately the facade has been completely renewed and changed from the original idea.

The mid-1920s were a time of transition in Norway. Neoclassicism was still the predominant architectural style: power stations, banks, housing developments, sports facilities, museums and cinemas all bore the hallmarks of Ancient Greek and Roman architecture.

Lars Backer contributed to this movement with his Frogner Cinema.

The beautiful Villa Larsen, and a university project executed in the neoclassical style
. At the same time Backer, along with his contemporaries, was writing about the need for a new kind of architecture. In Norway the breakthrough came in 1927 with the completion of Skansen Restaurant. 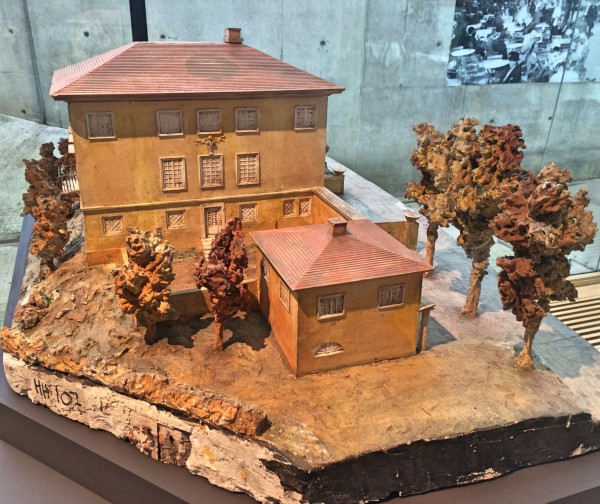 An importent architectural working his too short carriers was Villa Larsen, In this case we are happy that so much of the material exist and are exposed at National Museum of Architecture in Oslo, until 14th August. 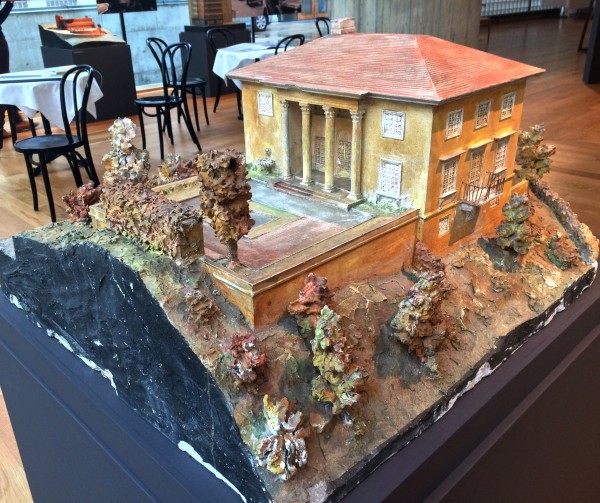 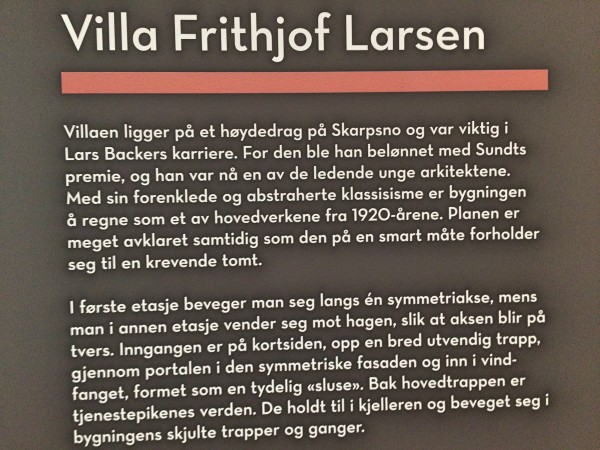 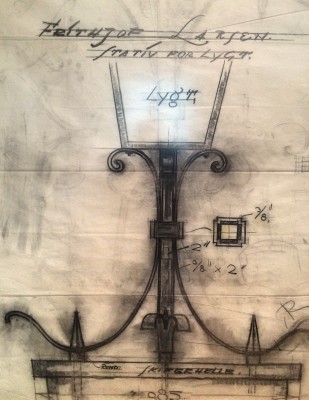 The breakthrough of Functionalism

In Norwegian and Nordic architecture, the year 1930 marked a watershed. A major exhibition in Stockholm that summer presenting a vision of architecture in the future aroused great public enthusiasm. In Scandinavia, the new style was nicknamed “Funkis” (an abbreviation of the word “Funktionalism”). The year 1930 was also the year that Lars Backer died at the age of just 38 of a streptococcal infection.

His three last buildings contributed to paving the way for the new architecture in Norway. The first two, Skansen Restaurant and Ekeberg Restaurant, encountered fierce criticism. In contrast, the Horn Building, which was completed in 1930, was well received. The new architecture was victorious.