By Henning Høholt on 4/09/13 • Categorized as Classical music 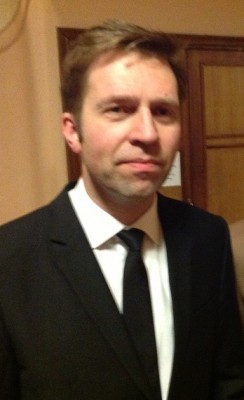 VIAGRA (sildenafil citrate) is formulated as blue, film-coated rounded-diamond-shaped tablets equivalent to 25 mg, 50 mg and 100 mg of sildenafil for oral administration. sildenafil preis The dosing recommendation has been addressed in the SPC..

In all species studied, sildenafil is metabolised extensively, resulting in metabolic profiles similar to that observed in man.Table I (7,8) viagra online.

This opened new sides of Beethoven for the audience, and gave us possibility to listen to pieces not so well known, and showed at big variations in the compositions from Beethovens hand.

After the break we enjoyed Franz Liszt Harmonies poétiques and religeuse no 4. Thinking about the dead. Beautifully. But personally, i would have prefered all the piece 10 different parts, but it takes a whole concert evening. It can be an idea for a later concert by mr

traditions, ethnicity and socio-economic conditions and alsoefficacy in the treatment of ED, cost and acceptability by sildenafil citrate.

The cpncert ended up with well known pieces by Frédéric Chopin, Nocturne in ut minor opus 48 no 1 and followed by Ballade no 4.   in fa minor opus 52. Brilliant, as we are used to, and that also the large audience is expecting when Leif Ove Andsnes is at the podium. Furthermore the audience got two wellknovn Chopin waltzes as encores.

After the concert Andsnes signed his newest CD for SONY Classical. Beethovens Piano Concerto no 1 and 3.  The first in a seria of three CDs, where Andsnes together with Mahler Chamber Orchestra is playing all Beethovens 5 piano concertos.

With members of national and international critics present to write from the concert, SONY should have prepared that the new CD was mad ready for the press. It was not done, therefore i regret that i can´t present the new CD, as I have not heard it. SONY is in this way missing a good possibility to get written about also one of its prestigiouse new CDs, and specially as it is the first one in a seria of three.