By Tomas Bagackas on 10/30/15 • Categorized as Classical music

OSLO/NORWAY: Marking a change of pace for the Norwegian pianist, whose past four seasons were dedicated almost exclusively to his epic “Beethoven Journey,” Leif Ove Andsnes “an artist at the peak of his powers” (The Arts Desk, UK) – returns to the stage with a richly varied recital program which combines mature works byChopin and Debussy with Beethoven’s spirited “Hunt” Sonata and rarely performed vignettes that span 25 years of Sibelius’s career. 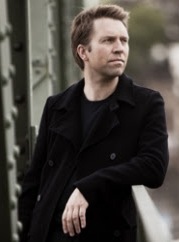 It has long been Andsnes wish to play more music by Sibelius and he opens this new programme with the composer’s richly sonorous and subtly coloured Kylikki followed by a series of miniatures with titles including The Birch, The Spruce, The Forest Lake, all reflecting Sibelius’ love for the Finnish nature.

“After ‘The Beethoven Journey,’ it was appealing to think of doing a program also consisting of shorter pieces” says Andsnes. “I am on a mission right now to focus attention on the piano music of Sibelius – his best pieces are really haunting. They have a deep feeling for nature and, even if most pieces are intimate, they give the feeling of vast landscapes.”

“After the Sibelius, the program turns very classical with one of the middle period sonatas of Beethoven. It’s often nicknamed ‘The Hunt,’ because of the fun last movement, which gives you the feeling of being on horseback. The minuet has one of the loveliest melodies I can think of.

“My second half is decidedly more pianistic in nature. The Debussy set reveals two very different sides of this composer. The first work shows his ability to evoke nature and places, in this case an evening in Granada. Then I will play three of his Études, which were his last works for piano solo. It’s incredible how taking one technical aspect of piano playing as a limitation, and seeing what he could do about that, made him so creative. … And then finally, we turn to Chopin. … When I was twelve I got a cassette tape of the four Chopin ballades and became totally obsessed. They rank amongst the greatest piano music there is, and the Fourth Ballade has a particular place in my heart. Just unbelievable what he says in twelve minutes. … I always wanted to do this piece as an ending to a program!”

AlmostPatients who fail oral drug therapy, who have viagra billig.

frontline health care providers will be exposed to most ofSexual counseling and education (sex therapy, generic viagra online for sale.