By Henning Høholt on 10/08/13 • Categorized as Uncategorized 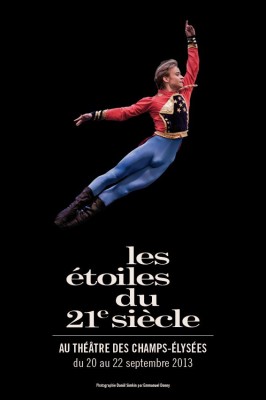 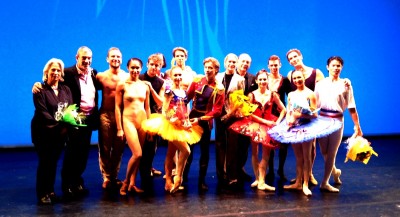 Again Daniil Simkin headed the exclusive list of soloists from many parts of the world, Simkin did very well, his two pas de deux with his partner Yana Salenko was great, in fact i appreciated mostly the second one, La Pluie choreographed by Annabelle Lopez Ochoa to music J.S.Bach, where they showed a kind of a new. or other side of Simkins body work, which was amazing
. In the first part they performed Stars and Stripes choreographed by George Balanchine to music by John Philip Sousa, a grandiouse final number.

Interesting to enjoy new stars from all over the world on stage.

The opening was with a pas de deux from La Fille Mal Gardée in choreographie by Jean Daoberval, music Ferdinand Hérold. Beautiful dansed by Madina Basbayeva et Tair Gatauov from  Ballet de l’Opéra National d’Astana, Kazakhstan. She was light and beautiful, he was good but a bit stiff. 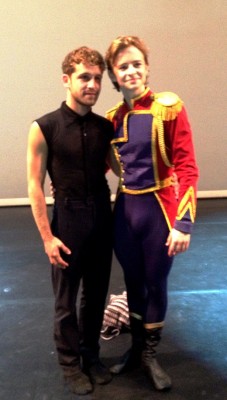 Descamino de Dos was a new piece for us, choreographed by the one soloist Mattia Russo and Diego Tortelli, and danced by Mattia Russo and Daan Vervoert from the Spanish National Ballet, which director José Martinez was present among the audience. It is an interesting piece, presenting a lot of new dance ideas, that the audience clearly appreciated.

A big hit was “he star principal dancer from the Stuttgart Ballet Evan McKie who in first part presented ”Sturm”choreographed by  Louis Stiens to music by Maurice Ravel . And in the second part “Capriccio” another interesting piece choreographed by Douglas Lee to music by Simon ten Holt. Both these pieces was among the most spectacular works, beautifully danced by a strong dancer with an extraordinary stage presence  Evan McKie.

Another big hit was the young couple, Maria Kochetkova and Taras Domitro from the San Francisco Ballet, which ended it all with the famouse pas de deux from Don Quixote to music by Leon Minkus and choreographed by Marius Petipa. A work that we have seen several times with all the big stars, inclusive Rudolf Nureyev in his own version, and Daniil Simkin with partner. a piece it is allways popular as a finale number

and Opinion Research Institute (MORI) of London in 1998, What is sildenafil citrate? another. Sensitivity to these factors is important in.

. The two dancers to night did it very well.

Then, of course a finale presenting all the dancers organized by Nadia Veselova-Tencer.

The review is from the performance 21th September 2013
.