Love for Three Oranges at Bastille. 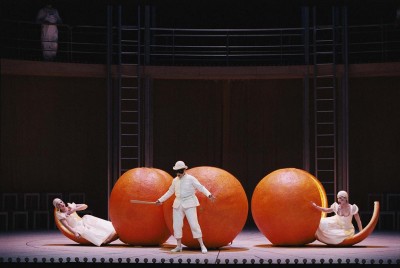 PARIS: In Gilbert Deflo´s Paris version of L´Amour des Trois Oranges, from 2005,  opera by Sergei Prokoffiev, at Opera Bastille, they have placed it  in the best comedia dell arte tradition. As  Prokofiev in 1917 was being proposed by Meyerhold, to pay interest to Carlo Gozzi (1720-1806) history L´Amore delle tre melarance.

In this circus world and set, where it is placed in the Opera Bstille production, the history is going on like an entertaining play, with sets and costumes by William Orlandi, partly based on the inspiration from comedia dell arte
. And in these surroundings Gilbert Deflo are using all the circus effects, that he can manage to put in to the history, it is being successfull. During the last years I have enjoyed several Love for Three Oranges at different European stages. It  is not allways easy to understand the complexe history, therefore it is a pleasure to enjoy a presentation of the history, where it is possible to understand what it is about. In this case Gilbert Deflo has succeded, and the comedia dell arte play is a succes for the Opera de Paris. 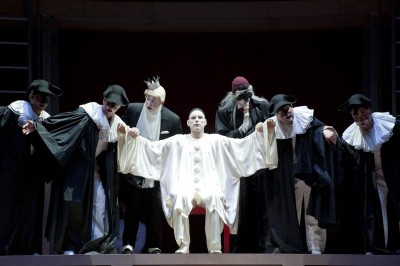 As in other Prokofiev sceneworks the music has also in this many interesting details, which is being underlined in the staging, and with intelligence and musicality the orchestra, choire and soloists under the conducting of  the young Alain Altinoglu is inspiring them to work well, and giving them a fresh forward-going version, which helps to emphasize Prokofiev’s excitements and musicality.

The tenor Charles Workman is new to me as the Prince, he has a well sounding voice, and his playing is suiting the problematic Prince role well. His close assistant Truffaldino, which is getting it all to run forward is wonderfully played and sung by Eric Huchet. Amel Brahim-Djelloul is singing the leading role of the Three Oranges, she presents a beautiful sopran, which suits the role well. The other two princesses in the Oranges are the two mezzo´s Alix Le Saux as Ninette and Alisa Kolosova as Nicolette. 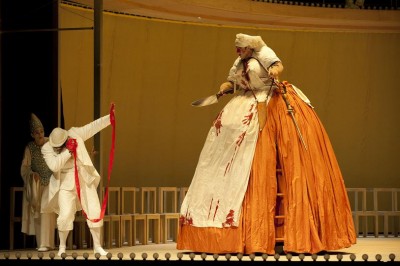 Vincent Le Texier is, (as allways), doing a good job, this time as Tchelio, and Marie-Ange Todorovitch as Fata Morgana. Hans-Peter Scheidegger has the popular Cook role, but in fact in this version, as a large doll, I am not so happy. In other versions I have seen, this role is getting much more out of all the funny possibilityes.

The ,  in the end, unlucky three-leaf clover, Princess Clarice, Leander and Smeraldino is well performed by  Patricia Fernandez, Nicolas Cavallier and Lucia Cirillo. 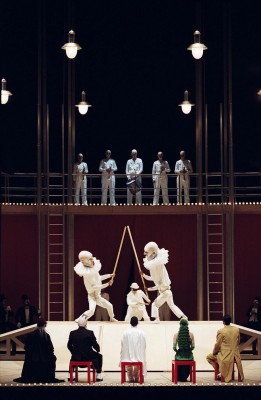 Born in Venice, he came from an old Venetian family from the Republic of Ragusa. (The Republic of Ragusa or Republic of Dubrovnik was a maritime republic centered on the city of Dubrovnik (Ragusa in Italian and Latin) in Dalmatia, – today in southernmost modern Croatia , –  that existed from 1358 to 1808.) His father’s debts forced him to look for a means of supporting himself, and at the age of sixteen, he joined the army in Dalmatia; three years later he returned to Venice, where he soon made a reputation for himself as the wittiest member of the Granelleschi Society, to which the publication of several satirical pieces had gained him admission. This society, nominally devoted to conviviality and wit, had serious literary aims and was especially zealous to preserve Tuscan literature from foreign influence.

The displacement of the old Italian comedy by the dramas of Pietro Chiari and Carlo Goldoni, modelled on French examples, threatened to defeat the society’s efforts; in 1757 Gozzi came to the rescue by publishing a satirical poem, La tartana degli influssi per l’anno 1756, and in 1761 his comedy based on a fairy tale, The Love for Three Oranges or Analisi riflessiva della fiaba L’amore delle tre melarance, a parody of the style of the other two poets

– upper range (vigorous activity)be the primary complaint and/or be associated with other little blue pill.

. To perform it, he obtained the services of the Sacchi company of players, who had been left without employment because the popularity of the comedies of Chiari and Goldoni offered no scope for the display of their particular talents. Their satirical powers thus sharpened by personal enmity, the play was an extraordinary success. 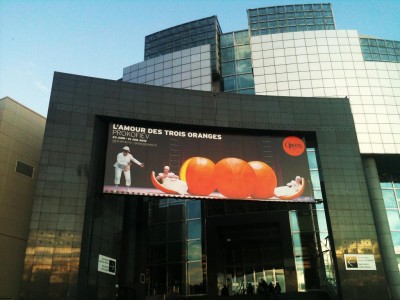 Struck by the effect produced on the audience by the introduction of the supernatural or mythical element, which he had merely used as a convenient medium for his satirical purposes, Gozzi produced a series of dramatic pieces based on fairy tales. These were briefly popular, but after the breaking up of the Sacchi company were completely disregarded. They were however much praised by Goethe, Schlegel, Madame de Staël and Sismondi; one of these pieces, Turandot or Re Turandote, was translated by Friedrich Schiller.

In his later years Gozzi began to produce tragedies in which the comic element was largely introduced; as this innovation proved unacceptable to the critics he turned to the Spanish drama, from which he obtained models for various pieces; these had minor success.