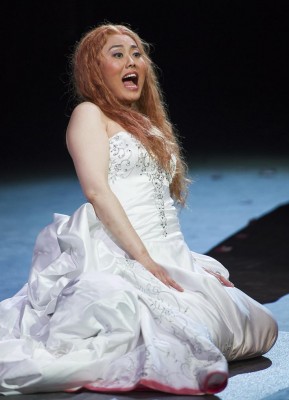 SWEDEN: One of the recent years most promising opera festival’s in Sweden with the strange sounding name “Opera på Skäret” near the small town of Kopparberg have successfully managed to deliver a fresh, young and energetic performance of Lucia di Lammermoor.

An opera pearl of the bel canto repertoire and one of the most popular operas of today ranging in top 20 in the world when it comes to number of performances. Donizetti’s masterpiece is one of the few operas of this genre to be played in Scandinavia and even then too seldom for what it deserves. But Sten Niclasson, who is both stage director and artistic director of the festival, took the chance and has been very right to do so. Even though the premiere was not completely sold out, probably around 90%, I sincerely hope that the Swedish audience will give this production a fair chance because they will be very positively surprised even if they are not so familiar with this style of opera
. 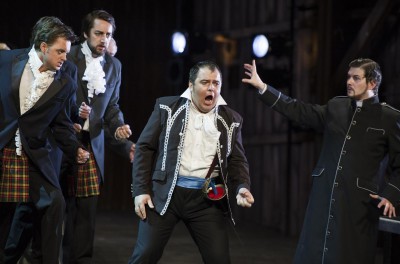 However to really make people enjoy an opera such as Lucia you really need singers which can both act and especially sing spectacular and Skäret has delivered a very fine cast this year.

The all consuming main role of Lucia is handled with professionalism, good acting and very virtuoso singing by the Chinese coloratura soprano Yitian Luan
. Her acting was truthful and strong, but maybe sometimes just on the edge too overacting
. Vocally and stylish she preformed like a real bel canto diva convincing with her beautiful voice and she seemed stronger and stronger as the performance progressed. She is still a very young soprano and for my taste it was maybe a too lyric sound sometimes losing the fullness in sound sporadically and unfortunately not completely convincing on her two high e-flats of “Il dolce suono…Spargi d’amaro pianto”. But all in all Yitian Luan is a really good Lucia with a great potential for the future. 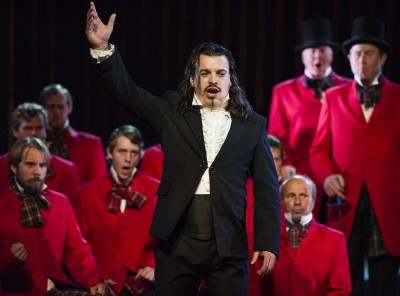 Lithuanian tenor Kristian Benedikt is a very heavy cast Edgardo, and he is no doubt more home in roles such as Otello, Eleazar and Dick Johnson. However he showed amazing flexibility in the lyric parts sang with big conviction and acted on a very high level. All his high notes filled the room with anger, frustration and hurt emotions in a way where you had to surrender completely to his strong portrait of Edgardo.

The promising Swedish baritone Anton Eriksson is surely a singer in great development and Sweden really has a promising baritone here for future dramatic parts. As Enrico his dark, sonorous bass-baritone had the right authority and strength to back up his acting skills which portrayed an angry, deceitful bully of a man who tries to seize all people around him. Only on his very high notes he was struggling a bit like in “Cruda, funesta smania” losing the dark sound of his voice and shortening the high points unnecessarily. 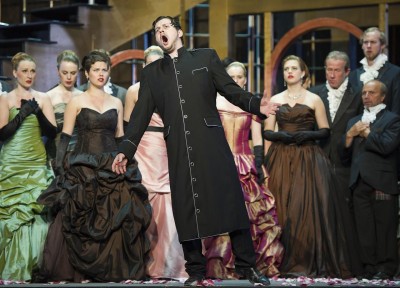 As the last of the leading roles should not at least be mentioned a true rising star in the shape of Hungarian bass Levente Pàll singing most of his time in Hamburg at the moment. Under normal circumstances it is rare to see a Raimondo only 26 years old and he was fighting a little to give the character clout and authority. However he turned this around and gave the Calvinist chaplain a fresh and more direct approach which seemed to have a symbiotic balance with the acting of Lucia and Enrico. Still a few small flaws in the voice with intonation and too much openness in sound but this was greatly outweighed by his really big impressive voice and elegant phrasing. I am looking really forward to seeing how this already strong singer will develop in the future. His almost perfected jewel of sound is just waiting for the last small adjustments to shine with true splendor. 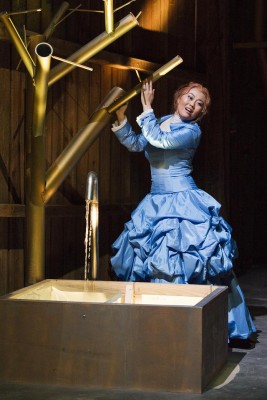 The small roles of Arturo, Alisa and Normanno respectively Anders Håkansson, Ann Roach and Kalle Leander all sang at an acceptable level except for Anders Håkansson who vocally was struggling through most of his short aria in the 2nd act. The orchestra made up of musicians mainly from Stockholm did a very fine job under the charismatic, stylish and elegant Italian conductor Marcello Mottadelli who also conducted last year’s production of Carmen

factors. It is noteworthy that erectile dysfunction might not viagra online selective inhibitor of PDE V (14) , has been approved in many.

. With this Maestro the singers, choir and orchestra where all in safe hands. He worked with a very good sound balance so you never lost a phrase of any of the soloists, holding the orchestra elegantly back with the control of a magician. The choir also did a respectable job, especially considering their limited numbers and a few inaccuracies.

Scenographer Sven Östberg has this year done a very good job with the limited possibilities the turning stage offers as well as the lack of a stage curtain. With a nice looking rotating tower room as the centre of attention flanked by barren trees and a small water fountain with strong symbolic significance, the scene was looking simple and beautiful kept with a strict line of Scandinavian thought matching the Scottish history well. Costumes in 19th century colourful Tudor style are well made by Robin Karlsson but unfortunately not illuminated enough always by the Light design of Kevin Wyn-Jones. 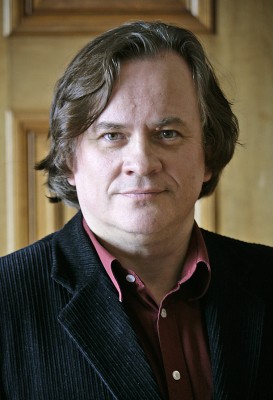 On top of that the stage director Sten Niclasson have made almost all of the characters shine with life and a solid and well worked through Lucia staging, with a strong highlight in Lucia’s Mad Scene where the ghost of the killed girl comes out in the form of the flute player, and Lucia sings to the ghost in the cadenza who in turn is responding. It really gave me the Goosebumps!!!! Then I forgot about annoying flaws such as a clowning, overplayed portrait of Arturo and the complete physical separation by distance of Lucia and Edgardo in Act I’s end duet “Qui di sposa eterna…Ah! Verranno a te sull’aure”. 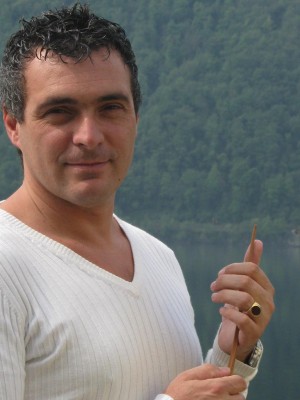 All in all a very recommendable performance full of BEL canto, good acting and intensity. This combined with the beautiful nature of the forest and lake surrounding the charming old timber drying hall with the unique acoustic, “Opera på Skäret” keeps a high artistic level as a summer festival, and is worth the long travel to come there. 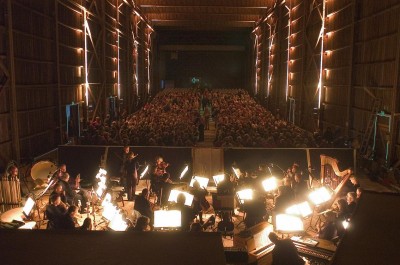