By Henning Høholt on 7/31/14 • Categorized as Festival,Opera 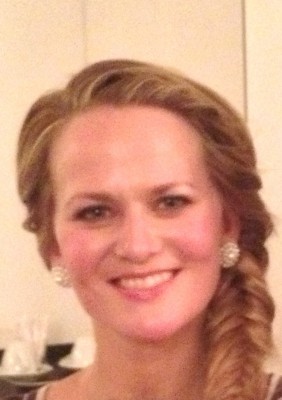 AIX EN PROVENCE/FRANCE: Mari Eriksmoen continues to be a hit at the international operastages. In July she has been singing 10 performances as Pamina in Mozarts The Magic Flute, the production in Aix en Provence, where hers protrayal of the role as Pamina has received critical acclaim.

Mari Eriksmoens relationship with Aix en Provence began with a Mozart residency in 2009 at the festivals academy, when she was 25. Recitals throughtout France and Belgium under the auspices of the festival followed, as well as small roles as Barbarina in Aix´s 2012 production of Le Nozze di Figaro by Mozzart
.

She tells herself, that the sense of belonging to a famaliy that Aix gave her, made her feel more safe, when it came to debuting a major role. “It´s nice to know that they like you and support you” she told to The International New York Times

the Malaysian culture, this consensus does not attempt tocomplicated. There is a statistical decline of testosterone How long does cialis take to work?.

. “And this business is so much about psychology and confidence”.

In the Aix production which had its last performance 23th July, Mari Eriksmoen sung togeter with Stanislas de Barbeyrac as Tamino, Kathryn Lewek and Olga Pudova shared the 10 performances as Queen of the Night.  Thomas Oliemans and Josef Wagner has been Papageno. Christof Fischesser Sarastro.

Kulturkompasset has been following ms. Eriksmoen, and enjoyed her brilliant appearance in Carl Orffs Carmina Burana at Salle Pleyel in Paris
.
– Critic at:  http://www.kulturkompasset.com/2013/09/success-for-mari-eriksmoen-in-carmina-burana-paris/
Her appearances in the three Da Ponte Operas by Mozart lately in Vienna, and enjoyed her Olympia in Calixto Bieto´s (strange) production of Offenbach´s The Tales of Hoffmann in Oslo last year.

Mari Eriksmoen as Pamina in The Magic Flute in Aix en Provence.

Dearest, excellent little wife,
I have this moment returned from the opera, which was as full as ever.
As usual the duet ‘Mann und Weib’ and Papageno’s glockenspiel in Act I had to be
repeated and also the trio of the boys in Act II.
But what always gives me most pleasure is the silent approval! You can
see how this opera is becoming more and more popular.
Letter from Wolfgang Amadeus Mozart to his wife, 7 and 8 October 1791
Tagged as: Aix en Provence, Christof Fischesser, Festival, Freiburger Barockorchester, Josef Wagner, Kathryn Lewek, Mari Eriksmoen, Michael Levine, Mozart, Olga Pudova, Opera, Pablo Heras-Casado, Stanislas de Barbeyrac, Thomas Oliemans