MARIA STUART, a success in Paris

Aleksandra Kurzak as Maria Stuart, not feeling well upon getting visit of Elisabeth at the prison, – at Theatre des Champs Elysees 2015. foto Vincent Pontet

PARIS/FRANCE: Maria Stuart is one of the highlights among the operapremieres in the Paris season 2014/2015, which soon is ending. It is once again Theatre des Champs Elysees who is presenting this highlight of an opera in a musically wonderful coproduction with Royal Opera House in London, Gran Teatre del Liceu, Teatre Wielki and Polish National Opera.

Donizetti, succeeding Rossini  and preceding Verdi, was instrumental in the evolution of Italian opera in the nineteenth century. Musician in the prolific fertility, he is the author of seventy operas. 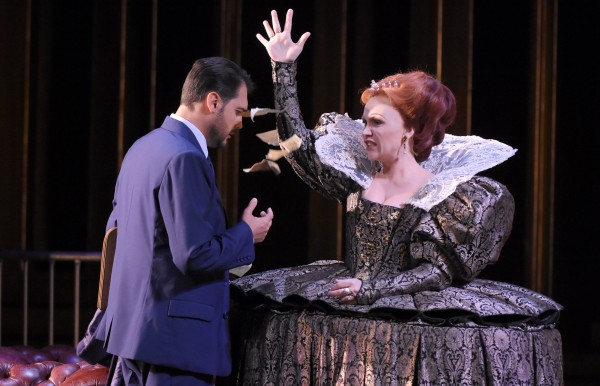 However, he met success belatedly compared with meteoric careers of some of his contemporaries. 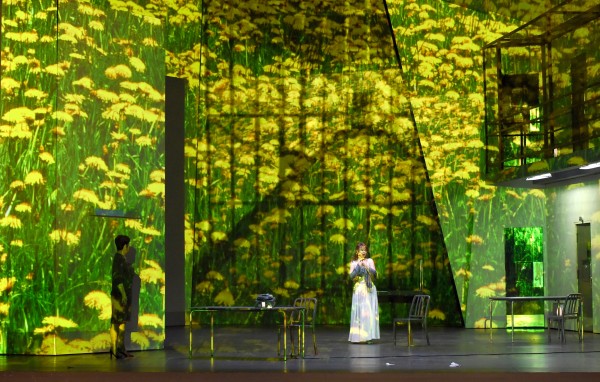 Aleksandra Kurzak as Maria Stuart, having a vision of when she was young and free,- at the prison, – at Theatre des Champs Elysees 2015. Light: Christophe Forey
. foto Vincent Pontet

In 1822 he moved to Naples and began writing operas. But he knows his first great success that eight years later with the creation of Anna Bolena. The book is his first composition inspired by his fascination with the history of the English Renaissance. Will follow on this topic in 1835 Maria Stuarda and two years later Roberto Devereux, these three works forming what is commonly called the “Trilogy of English Queens.” 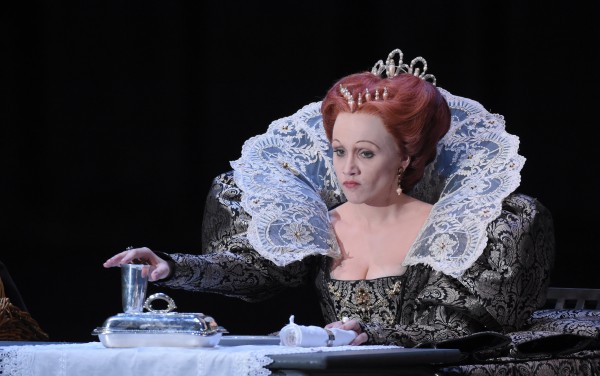 An island north of Europe, two sovereign: the Catholic Mary Stuart, Queen of Scots and Elizabeth Anglican who, she reigns over England, are waging a psychological war without thank you for power. And as if that were not enough, they also vie for the love of one man, Robert Dudley.

Passion, power and religion are at the heart of the book by Donizetti. 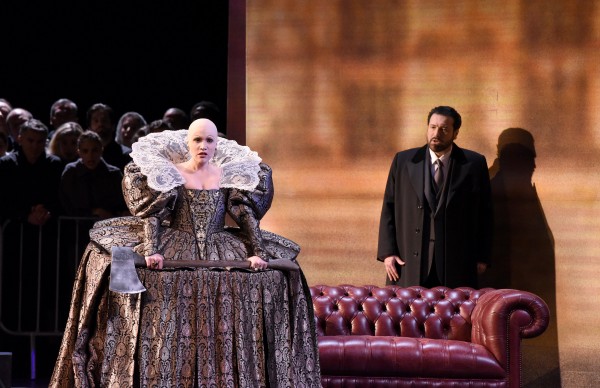 The musician probe it with delight and subtlety the depths of the human soul with such an expansive lyricism sometimes melancholic. Depth and truth of the tragic sense that Verdi will in the zenith a few decades later.

In this frame work and with a brilliant cast in the leading roles the conductor Daniele Calligari is conducting it all, so it is musically a great success
.

Moshe Leiser and Patrice Caurier has staged it in a good way, and are giving the leading figures a lot of possibilityes to play their roles well and for Maria Stuart and Elisabeth giving them drama so they during the way can show the temperament between these two coloratura soprano stars, where the one role, Maria Stuart brilliantly sung by the lyric dramatic Aleksandra Kurzak shows that she also has warmness and a golden heart, her many beautiful parts are brilliantly performed with a lot of warmnes, and specialy her famouse prayer in the very end was a hit. Gilles Rico has taken well care of restaging it here in Paris. 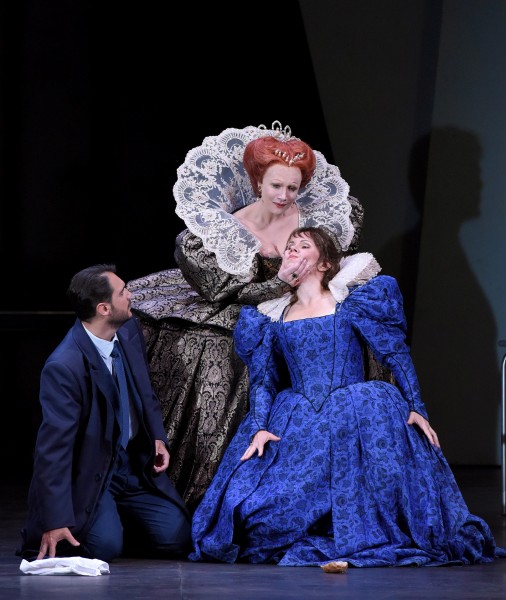 And the hysterical dramatic soprano Elisabeth 1., first class sung by Carmen Giannattasio manage dramatically to show her jalousy towards Maria, who has taken over Elisabeths belowed Robert Dudley.  Sung by the tenor Francesco Demuro, who is having a beautiful tenor, and in the cooperation with Maria Stuart, it sounds extraordinary, but in the cooperation with Elisabeth it sounds pressed, and i have the feeling that it is due to that Ms. Giannattasio, who is singing 100% fortissimo a lot of the time, as also her role deserves, and that she does brilliantly and very safe,  this does that Mr. Demuro a lot of the time, to keep him self at the same sound level has to press more than what is normal for his voice
.

The other male leading roles are taken well care of by Carlo Colombara as Talbot and Christian Helmer as Cecil. Sophie Pondjiclis is Anna Kennedy.

The large Choire of Théâtre des Champs Èlysées is doing a brilliant job in the famouse and demanding Donizetti choire parts, it has a good homogene sound, it sound stoo that they have had a long great production periode, where their leader Patrick Marie Aubert have workde well with them. Furthermore their stage acting is working well. The same is the sound from the Orchestre de chambre de Paris, brilliant.

The two costumes for Maria Stuart and Elisabeth 1. are traditional in the style of the periode,where the history has happend, as seen at the photos in this review. made by Agostino Cavalca, by that you get the feeling of where we are, as specially the Elisabeth 1. Outfit is like we, the audience has seen it on paintings of her Majesty, the Queen of England. In the opening scene we are at an official occassion by the Majesty, where the other participants are dressed up in evening uniforms and long evening outfits for the wimens, but later on, we are in the 2000 century, it is not so bad for the costumes but it is spoling some with the scenografy, and how they have made the solutions.

As mentioned Moshe Leiser et Patrice Caurier has made the mise en scène, which funtion well, they elegantly start the ouverture with the execution of Maria Stuart, so we do know what is going to happen, and in fact it ends with the same, but then the persiennas has been roled down, so we dont see it repeated.

The problem is that they have moved the history up to the 20th century, so in the first scene we have a behind wall showing a castle fasade, and in the last scenes the inside of a quite modern prison, and the execution, with the beautiful prayer, is in a separate execution room. – Where the executioner, Alexandre Pivette, is performing a good masculine role.

Still the choire is outside the wall of the execution room like in a yard, and in that way this works OK, also that they are lighting candles, but the atmophaere around the history are not an atmosphaere that the audience trust in, therefore the picture we do see is not the same as the history we are being told thruogh the text
. Therefore, when the production theme entered stage there were lout BUH from many in the audience.

Please enjoy the good photos from the production at Théâtre des Champs Élysées. The production is a coproduction with a line of others of the most famouse operahouses in Europe: Royal Opera House at Covent Garden, Gran Teatre del Liceu, Teatr Wielki, Polish National Opera.