Premiere and the world premiere of Pantomime 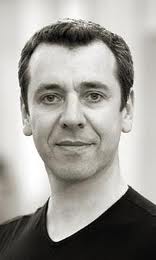 Thursday 31th of May, two of England’s most successful choreographer Tim Rushton, who has just received Bikubens Award, and Michael Corder premieres of two ballets in Tivoli

. One idea sounds entitled “A Time There Was …”, where Michael Corder has created a ballet specifically for Pantomime dancers. Performance number two is called “Triplex” and is created by Tim Rushton to three dancers. The two experienced guestchoreografs has been given free hands and place great emphasis on creating an unpretentious mix of classical and contemporary choreography. The premiere will take place on Thursday 31 May at. 20.30 in Pantomime 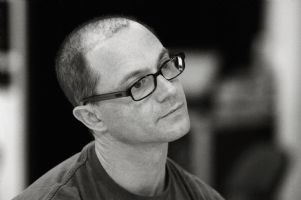 Current winner
This year the chosen one agrees Reumert jury to let Bikubens Award 2012 of 300,000 kroner accrue choreographer Tim Rushton, now unfolds with a new ballet in Tivoli. Ballet “Triplex” by Tim Rushton was danced for the first time in 1999, but may now experiencing new expressions in Tivoli. “Triplex” was created for three dancers. Step language of ballet plays with Johann Sebastian Bach’s Piano Concerto No. 5, so the dancers soon wears and sometimes towards the music’s rhythms and cycles
. And finally is the game between a woman and two men. Kostumieren Charlotte Ostergaard charge of costumes for the performance.

“A Time There Was …”
Michael Corders “A Time There Was …” is a new ballet created in the interaction with the Pantomime dancers. Michael Corder has chosen music by Benjamin Britten to a work where pantomimefigurerne Harlequin and Columbine is an essential part of ballet. It is now not the usual Columbine-dress and the classic checkered harlequin-costume, dancers must be clothed. The English set designer and costume designer Mark Bailey creates new costumes for the dancers.

Head of Pantomimeteateret Peter Bo Bendixen is proud that we have succeeded in getting the two British choreographers to Tivoli:
“It’s wonderful that two internationally strong names as choreographer Tim Rushton and Michael Corder has chosen to fold their thoughts, dancing and feeling out of our theater for the enjoyment of the garden visitors. With this new ballet evening continues in our elegantly Pantomime proud traditions, and also shows that we have the courage to renew our expression. I hope that both children and adults will be captivated by playing with the classic Tivoli figures “.

Robert Thomsen, who has a big role in the ballet has a past as a Romanian orphanage children, Hip hop dancer and now the flowers he was on stage!

Michael Corder has the choreographer created over 50 ballets that have been built by the leading ballet companies all over the world. Among others, L’Invitation au Voyage (1982 The Royal Ballet) and The Wand of Youth (1985 Sadler’s Wells Royal Ballet), both of which were nominated for a Laurence Olivier Awards. He has also performed Romeo and Juliet for the Norwegian Ballet and Cinderella and Snow Queen by the English National Ballet.

More about Tim Rushton
Tim Rushton was educated in London, but came as a young dancer with the Royal. Ballet. Here he danced a few years before he began to choreograph. He has since 1994 created more than 45 works, many of them to the Danish Dance Theatre, which he became chief in 2001. He has four times received a Reumert and beyond it has been nominated as nine times. Thus he is the choreographer in Denmark, which has won the most awards for his works. He has also received numerous other awards and honors, both at home and abroad last Bikubens Award 2012 for his work with the visibility and quality of contemporary dance in Denmark.

Please read about Michael Corder and his Romeo and Juliet in Oslo at:

Please read about our presentation of Tim Rushton and Nyt Dansk Danseteater dancing ”ON THE ADJACENT SIDES” in Oslo 2005 at:

And the review of the ballet Passion premiere  in Copenhagen in 2010, with the titel