By Fabio Bardelli on 3/28/15 • Categorized as Classical music 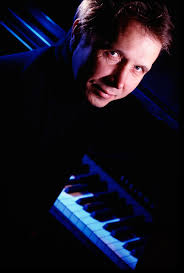 Mikhail PlFirenze with Beethoven and Scriabin

FLORENCE/ITALY: Russian pianist Mikhail Pletnev has chosen for his current tour two sonatas written by Beethoven three years apart from each other but both highly indicative of his different styles: Sonata n.1 op.14 n.2 composed in 1798-99, and Sonata n.17 “Tempesta”, composed in 1801-1802.

In Pletnev’s reading there’s no difference between the two works to witness how Beethoven’s style had progressed in those three years, so the listener could be disappointed. He plays them both in the same quiet way, with a nice rendering full of subtleties and thrills, many colours and sensitivity from pianissimo to forte, but which sounds forced and less personal in the fortissimos.
Moreover in this Florentine concert, he used a piano with no great phonic qualities that gave him many problems in spite of the Japanese piano tuner’s action in the intermission.

Pletnev seems not to be interested in the firm or tragic moments of “Tempesta” Sonata, or in the incisiveness in many musical phrases. He goes on playing softly the many pages of a composition whose dramatic core he doesn’t seem able to capture.

Rendition of Scriabin’s Twentyfour preludes op.11 was much more interesting. In these pages Pletnev stresses the visionary appeal, the expressive subtleties, the imagination and the mysticism suggested by these pages. It’s well known that Scriabin was a curious Russian pianist and composer who in his life and his compositions was influenced also by esoteric theories and mysticism.

The only complaint is that Pletnev doesn’t stress the differences among the many preludes, that have also different characters. He sees them as a unique, big fresco made by refinements pearl-like sounds and dreaming post-romantic nuances (the 24 Preludes last more than 30 minutes.)

Psychiatricoptions must be performed to demonstrate durability and viagra.

.
Florentine audience in Teatro della Pergola was unfortunately rather scarce, but the pianist had a really warm success and played two encores.