By Fabio Bardelli on 6/25/16 • Categorized as Classical music 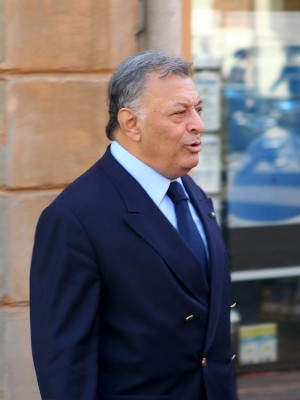 FIRENZE/ITALY: A rather numerous audience but without the “sold out” strip on Opera di Firenze’s posters followed this concert that featured the Missa solemnis by Ludwig van Beethoven conducted by Zubin Mehta.

This authentic “monumentum” isn’t probably particularly known and appreciated in Italy, maybe its difficulty or its great length frighten the average listener. Undoubtedly this work is part of German culture, and seems to be characterized by its more secular than religious being, I dare say that is almost an expression of a “secular faith”.

Perhaps it seems to reach more the listener’s mind than the heart, in spite of the famous Beethoven premise “Vom Herzen – möge es wieder – zu Herzen gehen” which probably did not reach completely its goal. Benedictus and Agnus Dei surely move our heart, but not all the pages of this composition seem in my opinion to be inspired at the same level.

For its monumental grandiosity it doesn’t seem suitable for the liturgical service, even if it was begun in 1818 just for the election of Archduke Rudolph to Archbishop of Olmutz, but probably Beethoven got carried away while composing so that the work that would have the features of “a mass for a special occasion” was completed only in 1823. 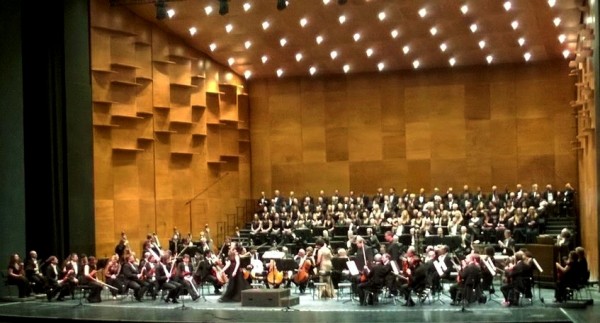 Zubin Mehta isn’t intimidated at all by the wide very difficult structures of Beethoven’s composition whose pages under his baton seem related each to the other by a feverish tension and a great instrumental refinement.

Everything is clear and spontaneous in his conducting. Zubin Mehta finds his expressive peak in moving pages as Benedictus (with first violin Yehezkel Yerushalmi’s admirable solo), and Agnus Dei, with great emotions for the audience in listening so intensely conducted pages.

The Orchestra del Maggio Musicale Fiorentino follows quite admirably the Indian conductor.
As well known the Missa solemnis by Beethoven is a great test not only for the orchestra but especially for the choir, and Florence one has currently very few rivals.

In fact under Lorenzo Fratini the Coro del Maggio Musicale Fiorentino is reaching some of its highest peaks: accuracy, intonation, perfect colors and emotional adherence to the musical page are the characteristics that this wonderful team shows off always in a more evident way.

Unfortunately the vocal quartet of this Missa solemnis was rather unbalanced, certainly in deficit in its male members. Soprano Rachel Harnisch was definitely the best, showing an intense exciting and blameless vocality

. Mezzo Lioba Braun appeared rather unfocused but certainly went in crescendo during her performing. Tenor Torsten Kerl instead put on display his problematic vocality, while the young bass Steven Humes appeared blurry and almost inconsistent.

All the players and the singers had a real triumph, but above all the wonderful Coro del Maggio Musicale Fiorentino.

As said the audience was fairly large but not filled out the House
. A real pity because the Missa solemnis is not often performed in Italy and also because overall this performance was globally of a very high level: to see all those empty seats at Opera di Firenze was a real sadness.