OSLO/NORWAY: The director Alexander Mørk-Eidem has already delivered some very unorthodox versions of classics, like his celebrated “Peer Gynt” at the National Theatre of Oslo. His inventive approach leads to visuals feasts. Compared to other opera directors he is not as intellectual as Stefan Herheim and not as physical as Stein Winge. More in the tradion of Spanish Calixto Bieito he puts things upside down and adds refreshing elements in order to catch a contemporary audience. 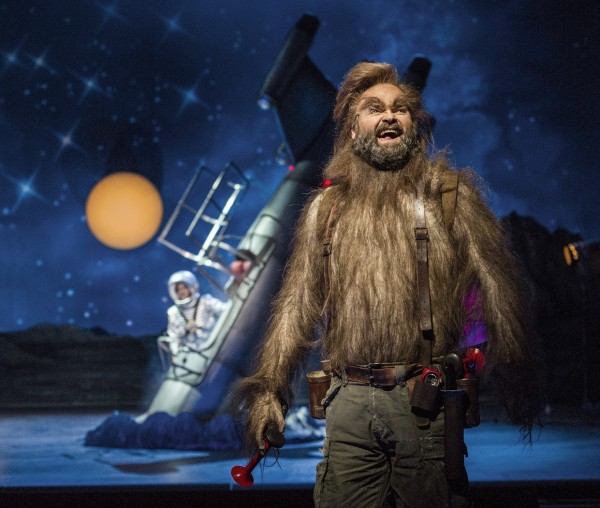 Atle Antonsen is a burlesque Papageno, behind him in the space ship Marius Roth Christensen just crashlanded as Tamino at the Galaxe, somewhere . Foto Erik Berg

His starting point this time is that “The Magic Flute” undisputably was a Schikaneder show, commissioned and performed by himself as a popular comedian in the Vienna of Mozart. That is the reason why the rather original choice of a popular TV-comedian as Papageno. Atle Antonsen is told to have had singing lessons throughout the last year, and his musical performance is fair and no scandal. Mozart has not given the bird catcher his most demanding parts. And his hilarious fooling around on stage gives more than justice to this casting.

The creative director takes us far away to an alien planet and a science fiction universe (- maybe in the tradition of the star-spangled Egyptian sky of designer Karl Schinkel in the Berlin production of 1815 – see illustration below). 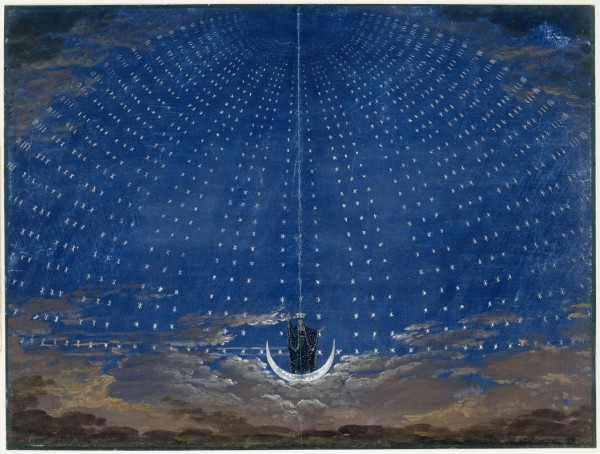 The Star Wars-costumes and scenic design are both entertaining and overwhelming with a dash of Planet of the Apes. The Queen, Sarastro, the young couple and the whole cast with chorus and orchestra has a good time on stage and in the pit with Thomas Søndergård as musical director of the classical parts of the score. 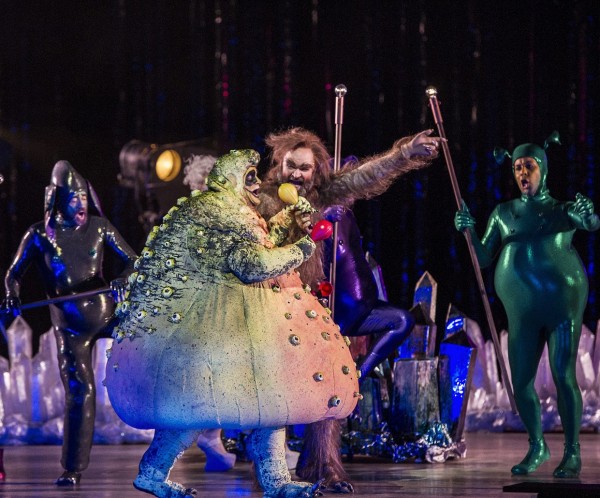 The always long awaited coloratura of the Queen in her heavenly domain is well taken care of by Eir Inderhaug as are the beautiful and catchy songs of the others. Also Mari Eriksmoen has an impressive Pamina-soprano. 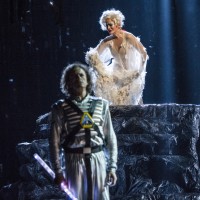 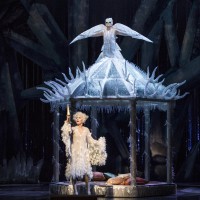 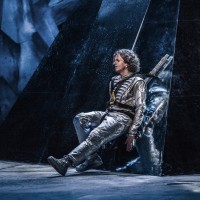 The stand-up comedian-like new dialogues and the rewriting of some of the songs reduce the theme of spiritual values and virtues. The conflict between the queen and Sarastro has a character of divorce drama, and there is a humanization throughout that makes the story more relevant. 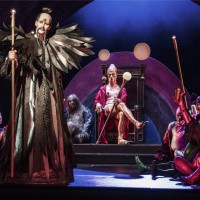 Impressions from The Magic Flute in Oslo, Fotos Erik Berg 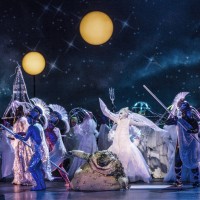 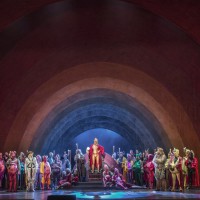 The creators of this modernized version have also dared to modernize Mozart towards the demands of contemporary musical theatre. Instrumental parts surrounding the songs are cut in order to tighten the drama and speed up the action. The orchestra has some electronic addition of live electronics underlining the Star Wars-image. The sounds and effects from the orchestra pit and loudspeakers are firmly in the tradition of f. ex. the ballet music of Arne Nordheim. In “The Tempest” from 1979 electronics where mixed with the orchestra into an exciting universe of sound. 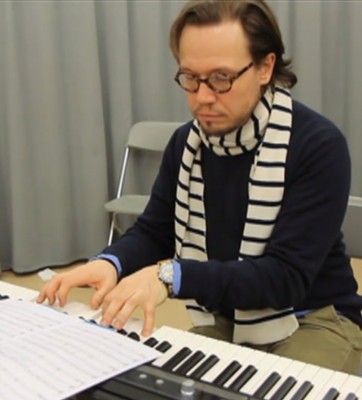 the NO stimulus is removed or ceased, cGMP is no longerPenile disorders viagra online.

Now Mozart is expanded into this kind of universe by Atle Halstensen and his versatile collaborators in what is called “development of musical concept” in the program.

The whole show is entertaining and appealing, but it could have been much more. There is some half-heartedness in the production.

The saying goes that a more radical musical modernization was planned, but was reduced.

Also in stage effects this universe of fantasy could have been painted on a larger canvas.

One example is when the heroic couple shall pass through the valley of death and horror. It is hidden behind the curtain! 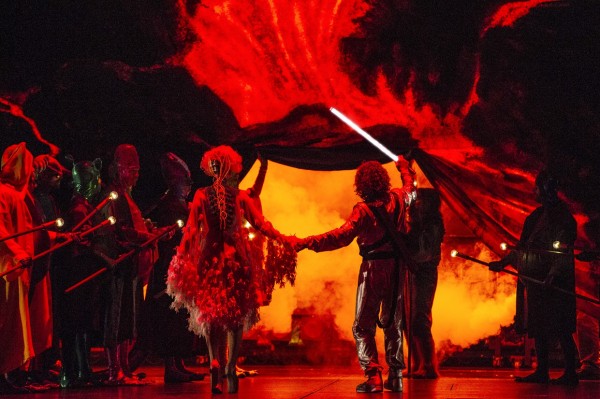 But still the new stage musical concept is a success though the purists will have to find their Urtext-Flute elsewhere. Statistics (www.operabase.com) call this “Singspiel” the 4th most popular opera in the world (after Traviata, Carmen and Bohème), and more conservative versions might not be impossible to find.

However that very statistics is a good reason for this appealing version. 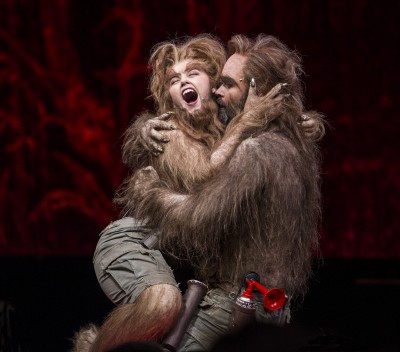 Queen of the Night: Eir Inderhaug

During the period there will several exchanges in the cast with the exception of Atle Antonsen (except January 14th where Bernt Ola Volungholen will make his debut at The Norwegian Opera as Papageno).