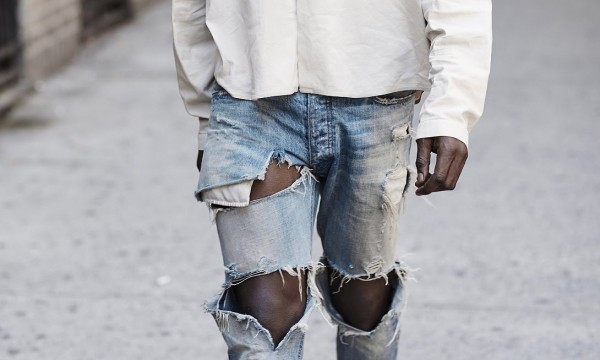 POSTER of the exposition.

DRESS REQUIRED, – WHEN THE GARMENT’S SCANDAL

PARIS/FRANCE: With 555 000 visitors to the Museum of Decorative Arts street of Rivoli and 45,000 for the Museum Nissim de Camondo, is near to 600,000 visitors who were welcomed to the Decorative Arts in 2016. Throughout the year our exhibitions have met a great success with an increase of 124% compared to the year 2015, consolidating the actions taken by the new team. Successful worn by Barbie exhibitions; Make the wall – papers collections Museum, Fashioning fashion, three centuries of mode; The cartoon on display; Roger Tallon; New John; The spirit of the Bauhaus and dress required when the garment makes scandal! 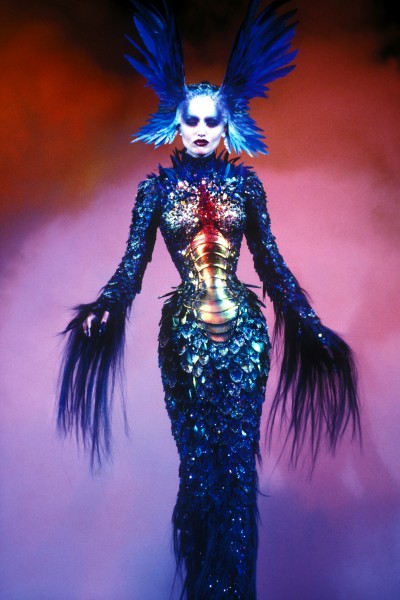 YES!!! – NO!!! – Well, for someone it might have been scandal, for others it could only have been refreshing, it is based on the eyes who see it, and also in what conditions it is shown. The remarkable is the way the Musée des Arts Décoratif in Paris is presenting this exposition. This museum is world famous in presenting the most delicious expositions in many different ways, and in that lays its strength, therefore it is a great pleasure to note also the above mentioned success from 2016.

Featuring more than 400 garments and accessories, portraits, caricatures and objects, this original and unexpected exhibition explores the liberties taken with dress codes and how they breached moral values. The robe volante, women in trousers, men in skirts, female tuxedo, miniskirt, baggy, jeans… All challenged vestimentary norms and were savagely criticised, even banned when they first appeared. Because they were too short or too long, too close or too loose fitting, too immodest or too covering, too feminine for men or too masculine for women, they transgressed the established order. The exhibition explores three major themes: Dress Codes, Girl or Boy? and Provocative Excess in an exhibition design by Constance Guisset. 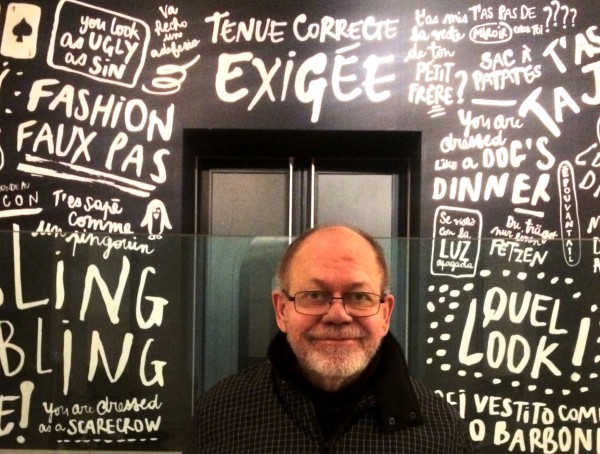 Dressed correctly or a scandal. Kulturkompassets editor Henning Høholt, correct dressed or a scandal in front of the entrance port to the position. Foto Tomas Bagackas.

From the Bible and its first vestimentary prohibitions in western culture to sumptuary laws, royal decrees, treatises on civility and good manners, fashion advisor blogs and makeover programmes on TV all illustrate the permanence of dress codes down the centuries.

In Judeo-Christian culture, clothing has always been closely linked to the original sin. In the Garden of Eden, Adam and Eve lived their life of delight naked, but when they were banished they became aware of their nudity and made themselves garments. From the Middle Ages to the 18thcentury, scholars have constantly repeated that our clothing is an eternal reminder of man’s fall, and therefore has to be as sober and discreet as possible. Hence the many rules in force ever since. All of us have to comply with the dress codes of events such as baptism, communion, marriage and mourning, or for a formal dinner or reception, and even royalty has its strict rules of decorum. Elisabeth Vigée-Lebrun’s portrait of Marie-Antoinette wearing a muslin dress called a “negligée” sparked a scandal and had to be replaced by another picture showing her in more conventional attire.

Today’s politicians are just as prone to vestimentary criticism: remember the Thierry Mugler suit with Mao collar worn by Jack Lang at France’s National Assembly in 1985, and more recently minister Cécile Duflot was wolf-whistled in parliament for wearing a floral dress. 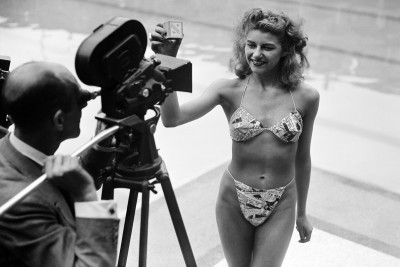 Reactions to exchanges between the male and female wardrobes have often been fierce. Yet from Joan of Arc’s “male impersonation” to the advent of the unisex trend in the 1960s, woman have always borrowed hats, jackets and trousers from the male wardrobe. The precursors of the “androgynous” look were 17th-century British aristocrats fond of wearing male garments. In the 1920s and 1930s, the garçonnes, and personalities such as Marlene Dietrich (wearing a tuxedo in Morocco in 1930) and Gabrielle Chanel’s unconstraining, no-frills designs all played their part in masculinising the female silhouette. Elsa Schiaparelli became famous for the jumpsuit and in 1966 Yves Saint Laurent’s female tuxedo definitively consecrated trousers in the female wardrobe. Yet in France women had to wait until 2013 and a decree repealing a law passed in 1800 to officially be able to wear trousers at all times… And of course men have also tried to adopt attitudes and garments regarded as feminine, some of which are still not accepted. Why does a man wearing makeup cause an uneasy stir? The men’s skirt revisited by Jacques Esterel in the 1960s and mediatized by Jean Paul Gaultier and certain young designers today is still not an accepted item of the male wardrobe. The fear of effeminacy, stemming from woman’s historic inferior status has impeded the feminisation of the male wardrobe 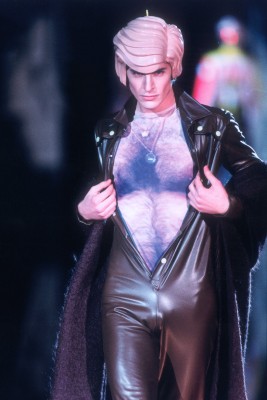 Every fashion period has had what it considered its excesses, and these have been a long succession of “toos”: too high (18th-century heels and hairstyles), too short (the miniskirts of Mary Quant, André Courrèges, Rudi Gernreich, Pierre Cardin and Paco Rabanne), too wide (men’s breeches in the 1600s and the “baggy” look in the 1990s), too transparent (garments revealing too much of the body, 18th-century plunging necklines, and more recently the dress Lady Diana wore for her first appearance in 1981), “too figure-hugging (men’s breeches in the Middle Ages and today’s “slim” look), too many colours, too dark, etc. Crumpled, unkempt, ripped and frayed garments are regarded as the same “lack of decorum.” Fur and also feathers also caused scandals as early as the 18th century, with the emerging awareness of the animal presence in clothing. 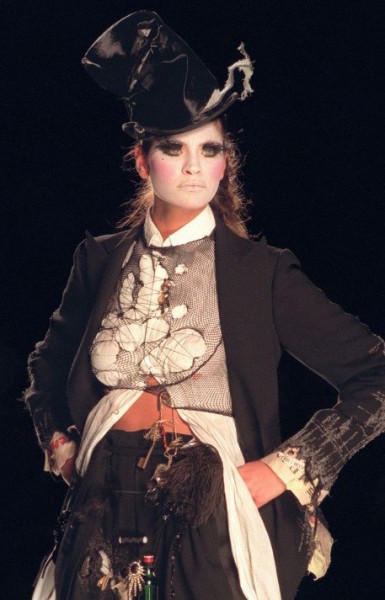 The exhibition ends with the runway shows that have sent such shockwaves through the fashion world from 1980 to 2015. In the early 80s, Yohji Yamamoto and Rei Kawakubo turned the codes of French couture upside down with the Japanese “unfinished” aesthetic. Alexander McQueen’s Highland Rape collection (autumn/winter 1995-1996), reawakened the traumas of Scottish history, John Galliano’s autumn/winter 2000 collection for Dior was inspired by Paris’s homeless population, and more recently Rick Owens’ Sphinx collection (spring/summer 2015) revealed the male anatomy.

“How should we dress?” This the question this exhibition tries to answer, shedding new light on the questions raised by dress codes and the values and taboos they reveal.

From past to present, it shows how little known moments in fashion history are again being made topical by personalities and the creators of today’s fashion. 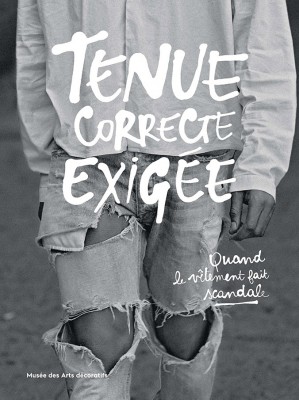 THE CATALOGUE to this exposition:

About the clubs authors why is she/he ironing her clothes? Since when women have the right to wear pants? Can a man wear makeup? From the 14th century to the present day, this book offers a crossing of history by the clothes that made scandal. You will learn to not dress too short, but either too long, too loose clothing shock more than too Slinky outfits, that tear her dress is not the preserve of teenagers today. Critics with deep roots in biblical prohibitions which Western society remains infused face men in skirts and women dressing as a man.