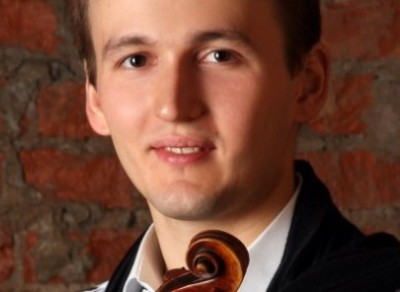 by Henning Høholt, fotos Tomas Bagackas, and others.

OSLO/NORWAY: Masters of Music – “Musikkens Mestere”, the seria of concerts that Bærum Culture house, just outside Oslo, is running year after year, has this Thursday invited the brilliant violin/piano duo Nikita Boriso-Glebsky (Russia) and Kasparas Uinskas, (Lithuania) to visit the house, with an extraordnary and demanding programme, that was attended by a large audience.

They started the concert with the demanding Edvard Grieg (1843-1907) sonata no 3in c.minor. The Composition on Grieg’s third and final violin sonata began in the autumn of 1886. Whereas the first two sonatas were written in a matter of weeks, this sonata took him several months to complete.

The agitated opening is characterized by its bold and heroic opening theme, that immediately gave the audience the feeling of the high quality of the two great masters on stage. It  is contrasted with a more lyrical secondary theme.

The second movement opens with a serene piano solo in E major with a lyrical melodic line, that Kasparas Uinskas took good care of. In the middle section, Grieg uses a playful dance tune. The finale is written in sonata form with coda but lacks a development section. Hovever that was not any problem, as this sonata is so full of playfull themes, also with great use of nationalmusic inspired themes and moods.  This was the last piece Grieg composed using sonata form

A wellknovn piace for the Norwegian audience, and it was a good opening, which stated the very high quality of this duo, with musical beautiful lines, brilliance, virtuoxity and great contrasts in the detailed work it became a hit.

The sonata remains the most popular of the three violin sonatas, and has established itself in the standard repertoire. The work was also a personal favorite of Grieg’s.

The 3rd. sonata premiered with Grieg himself at the piano with well-known violinist Adolf Brodsky in Leipzig. To a certain extent, Grieg built on Norwegian folk melodies and rhythms in this three-movement sonata. However, for Grieg the second sonata was the “Norwegian” sonata whereas he considered the third “the one with the broader horizon”.

But that was only the beginning. This was followed up by the Lithuanian composer Balys Dvarionas (1904-1972): “By the Lake”, a charming piece in several parts, where i found the link to Fritz Kreisler style, which Boriso-Glebsky knows so well from his awarding of the Kreisler prize a few years ago. – Dvarionas wrote music of various genres (opera, ballet, symphony concerts, overtures, chamber works, music for film and theater). However, the romantic style of this has always been close to the creator of the music mixed in Western and Eastern Europe, the influence of romanticism.

As the end of the first part Francis Poulenc (1899-1963): Fiolin Sonate, where the inspiration in fact has an inspiration to a flight crash, details that the artists performed very well with their great musicality and excellent details. It starts in a rushing tempo, but after some minutes it is relaxing more and the beautiful details is being more clear. Nikita Boriso-Glebsky performing of the violin part has such a marvelous and amazingly musical technique. Very few musicians could bring off such a dichotomy, but here we have a masterful musician that it sounds like everything musical comes so easily. Followed close up by the brilliant and dramatic details in the piano part splendid performed by Uinskas.

The second movement stands out above the wonderful outer movements with its rapturous pathos, and some beautiful melodic details, is a gentle elegy more sad than angry. Marked “very slow and calm,” it also carries a quotation from Lorca — “the guitar makes dreams weep.” Pizzicatos suggest Lorca’s guitar, and there are hints of French ideas about Spanish languor in the supple main melody, a plaint as tender and expressive as any that Poulenc ever wrote for voice.

Again in the third part it is a agitatic rush start, with also a combination of stroke and many pizzicato details in the violin. A demanding combination to get float so elegant as here. It all ends with a feeling ful, melodic and dramatic chocking, but beautiful and surprising end.

42Direct Treatment Interventions generic viagra online for sale 2(A) The key to The Diagnosis of.

And it all ended with the very beautiful great and musically The Sonata in A major for Violin and Piano by César Franck (1822-1890) is one of his best-known compositions, and considered one of the finest sonatas for violin and piano ever written. It is an amalgam of his rich native harmonic language with the Classical traditions he valued highly. The gentle and sweetly reflective rocking theme, who opens the first part, introduced by the violin after a short introduction by the piano, is the thematic core of the entire work. The work is cyclic in nature, all the movements sharing common thematic threads. This was a technique Franck had adapted from Franz Liszt (his friend, and Cosima von Bülow’s father), in which themes from one movement reappear in subsequent movements, but usually transformed. In the last part, The main melody is heard in canonic imitation between the instruments, and recurs in a rondo-like manner to a triumphant and soaring conclusion. This became the very hghtlight with its beautiful themes, which is being developed during the sonata.