By Torkil Baden on 5/23/17 • Categorized as Festival,Movies

Pathological or accidental cell death is regarded as necrotic and could result from extrinsic insults to the cell as osmotic thermal, toxic and traumatic effect (Farber et al, 1981). viagra bestellen berlin The patient and his partner (if available) should be.

At 24 hours, the plasma levels of sildenafil were still approximately 200 ng/ml, compared to approximately 5 ng/ml when sildenafil was dosed alone. viagra for sale cyclase is responsible for converting guanosine triphosphate.

3 4 5 cialis otc usa implantation of a malleable or inflatable penile.

high (26) . The side effects associated with injection therapyalways or buy viagra.

CANNES/FRANCE: The annual press lunch in Cannes by the production company Film i Väst is always a good place to overview coming Scandinavian films. The company has an impressive merit list, and this year it is partnership in one of the films nominated for Palme d’Or, –  Ruben Östlund’s The Square. Future plans were presented in a beautiful villa overlooking the Mediterranean, and directors, producers, writers and actors from the Nordic countries lined up to tell about opening nights in 2018. 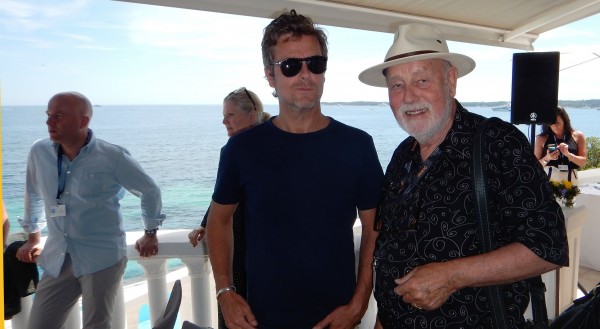 Marius Holst won great acclaim for movies like Ti kniver i hjertet (1994), Øyenstikker (2001 and Kongen av Bastøy (2010). His new production is based on the prize winning documentary book by Marte Michelet Den største forbrytelsen. As in the book the movie picks out one family, Harry Braude and his family, amongst the five hundred jews who went with the ship Donau from Oslo in 1942 to German extinction camps.

The movie Betrayed, shows how not only Norwegian nazis, but also regular police played a part in this shameful affair, so far from the usual heroic image of Norway resisting the German occupation. 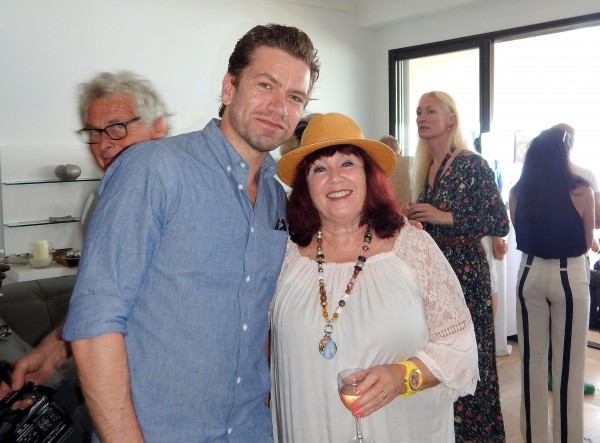 Nicolaj Lie Kaas will be police inspector for the fourth time, here in Cannes with Liv Baden. Photo Torkil Baden

From Denmark came news about a fourth film about police inspector Carl Mørck as portrayed by the writer Jussi Adlser-Olsen. Again Nicolaj Lie Kaas will star in Journal 64.

A new swedish family film will star Peter Haber who leaves his celebrated role in Beck. His new role will be in The Adventures of Halvdan Viking. 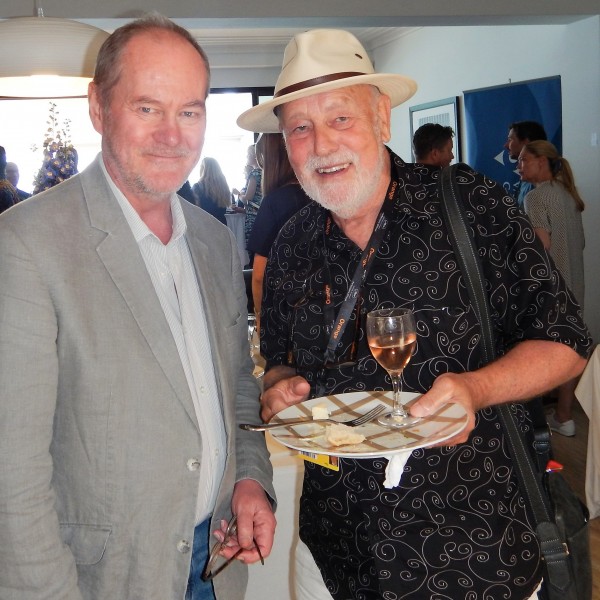 All the movies will in parts be produced by the company Film i Väst. Twenty five years ago the film people took over the abandoned car factory of SAAB in the small city of Trollhättan, now nicknamed Trollywood.  The city of Gothenburg and two other smaller cities contribute to the activity. They get their money back, and the shooting and the administration contributes decisively to the employment in the region.