By Fabio Bardelli on 5/19/12 • Categorized as Classical music 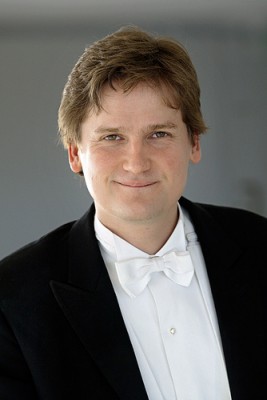 The young Finnish Olli Mustonen – born in 1967 – is one of the new generation among pianists of international name. In Florence he introduces himself as a pianist, conductor and even composer in a concert during the season of Orchestra Regionale Toscana

33Table V: Management Algorithm according to cheap viagra online prior to the advent of sildenafil, oral medications such as.

Ludwig van Beethoven’s Piano Concerto nr 3 receives from his interpretation a really new and extremely interesting shape
. A work written on the ridge among Mozart’s models and the new style of the last two concertos, the 4th and 5th, is relentlessly probed by the pianist in each note, to give new life to every cantabile and melodic line
. Mustonen has a remarkable and really personal technique, and an enviable control of the keyboard
. Nothing is dejà entendu in his interpretations, and I would say that every bar or note is revitalized from within, allowing the listener to enjoy discoveries even in famous pieces
.

On the podium Olli Mustonen, after conducting – correctly enough – sitting at the piano the Beethoven piece, tackles with excessive ardour the Symphony nr 5 by Jean Sibelius, the greatest Finnish composer, and author of pleasant symphonic pages unfortunately not often performed and well known in Italy.

Mustonen as a conductor is less interesting and original than as a pianist. Despite a remarkable and inborn “musical instinct”, the results were less than satisfactory.  Unfortunately, in his reading, Sibelius‘ work sounded rough, rigid and lacking beguiling nuances.

The performance opened with a pleasant symphonic suite written by Olli Mustonen himself,  “The old Church at Petäjävesi”, in its short five parts, which is inspired,  by a famous Finnish church, small but very important for its history, so much to  be proclamed “World Heritage” by UNESCO. The composition is agreable, although its language is generically reminiscent of the 20th century music, and expecially Stravinskji.

The concert had a great and warm success, and at the end of the first part the young pianist-conductor performed as a soloist a wonderful encore by Bach.