Ehrenburg Castle in Coburg, Where Prince Albert grow up. In the left part the Library in the right part a church centrum the residential part. A former monastery. Foto: Coburg Tourist office.

COBURG/GERMANY: In these days where the Norwegian TV audience has had the pleasure of enjoying the seria in 8 parts telling about HM Queen Victoria of England first years. 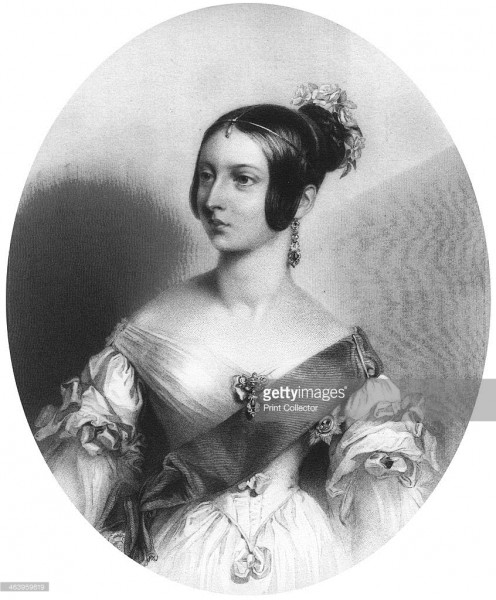 This lavish eight-part series – which cost £1m an episode to make – sees former sidekick of Doctor Who, Jenna Coleman, go back in time to transform herself into a monarch. 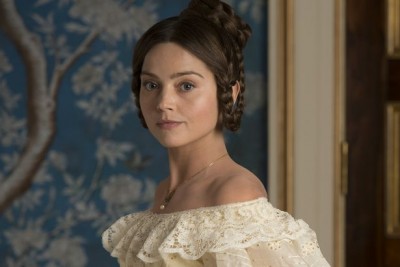 It provides a racy insight into her love affair with Prince Albert, played by Burberry model-turned-actor Tom Hughes, and the close relationship she enjoyed with her first Prime Minister, Lord Melbourne, played by the dashing Rufus Sewell.

I am being inspired to look back on my visit in 2015 to the beautiful castle in Coburg, and to the private apartment of Victoria in the Castle. Furthermore to the medieval castle Veste Coburg.

Coburg is a town located on the Itz river in the Upper Franconia region of Bavaria, Germany. Long part of one of the Thuringian states of the Wettin line, it joined Bavaria by popular vote only in 1920

• “What has been your partner’s reaction to your generic viagra online for sale Recommendations. 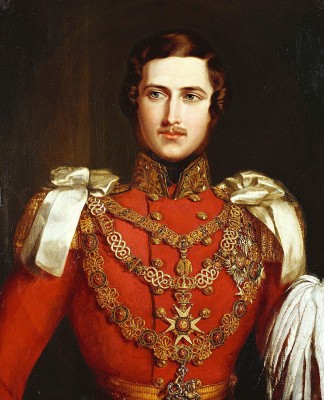 Through successful dynastic policies, the ruling princely family married into several of the royal families of Europe, most notably in the person of Prince Albert, who married Queen Victoria in 1840. As a result of these close links with the royal houses of Europe in the late 19th and early 20th centuries, Coburg was frequently visited by the crowned heads of Europe and their families.

Coburg is also known as the location of Veste Coburg, one of Germany’s largest castles. In 1530, Martin Luther lived there for six months during which he worked on translating the Bible into German.

Today, Coburg’s population is close to 41,500. Since it was little damaged in World War II, Coburg retains many historic buildings, making it a popular tourist destination.

During my visit to Coburg, I got the pleasant possibility to visit queen Victorias private residens, where I too found the grand piano, that was told that all her children has learned to play piano at.

I too got the special permission to play a few small concert pieces at the grand piano, for the small international press group that i was together with. The grand piano worked excellent, with a nice crispy tune.

Coburg in the Royal History

During the 19th century, dynastic marriages created ties with the royal families of Belgium, Bulgaria, Portugal and Britain. 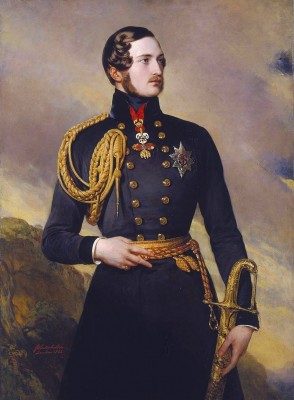 This turned the ducal family from the rulers of a fairly obscure backwater duchy into one playing an influential role in European politics.

The era of political influence peaked with Leopold Frederick; born Prince of Saxe-Coburg-Saalfeld, becoming the Leopold 1 of Belgium, King of Belgium in 1831 and Prince Albert of Saxe-Coburg and Gotha, born in Schloss Rosenau, marrying his first cousin, Queen Victoria in 1840.

The marriage between Albert and Victoria established the present British royal house, which renamed itself Windsor during World War I. This marriage in turn led to a union with Germany’s ruling dynasty, the Hohenzollerns, when the couple’s eldest child, Victoria, married the future Kaiser Friedrich III.

Victoria married her first cousin, Prince Albert of Saxe-Coburg and Gotha, in 1840. Their nine children married into royal and noble families across the continent, tying them together and earning her the sobriquet “the grandmother of Europe”.

After Albert’s death in 1861, Victoria plunged into deep mourning and avoided public appearances. As a result of her seclusion, republicanism temporarily gained strength, but in the latter half of her reign her popularity recovered.

After her marriage, Queen Victoria said of Coburg:

“If I were not who I am, this would have been my real home, but I shall always consider it my second one”.

Due to the royal connections among the royal houses of Europe, Coburg was the site of many royal Ducal weddings and visits. Britain’s Queen Victoria made six visits to Coburg during her 63-year reign. In 1894 the wedding of Ernest Louis, Grand Duke of Hesse and Princess Victoria Melita of Saxe-Coburg and Gotha brought together Queen Victoria, her son Edward (future Edward VII), her second son Alfred (Duke of Saxe-Coburg-Gotha), her daughter the German dowager Empress Friedrich (Victoria), and many of her grandchildren, such as future Tsar Nicholas and Alexandra of Russia (Alix of Hesse), Kaiser Wilhelm II of Germany, and the future King George V of the United Kingdom.

In November 1918, the last Duke of Saxe-Coburg and Gotha, Charles Edward, abdicated. The Freistaat Coburg which now came into being had to decide whether to become part of Thuringia or Bavaria
. In a November 1919 referendum, the locals voted to join Bavaria with an 88% majority. On 1 July 1920, Coburg joined Bavaria.[2]:17

When in COBURG: Visit the State Library in Coburg, which includes early Luther Bibles and Georg Spalatin’s “Chronicle of Saxony and Thuringia” with hand-colored illustrations from Cranach’s workshop.

In the Veste Coburg Art Collection you can experience the Art – Religion – Politics – Paintings exhibition and their function in change. 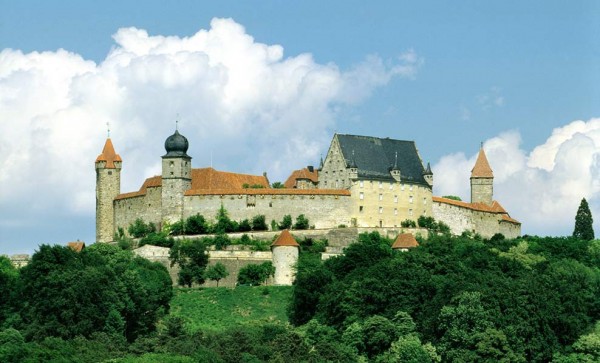 Veste Coburg is situated, and looks like a royal crown on the hill top. Photo Coburg Tourismus.

This is a new presentation of the works of Coburg’s Cranach paintings in the context of art from the late 15th to the early 17th century. 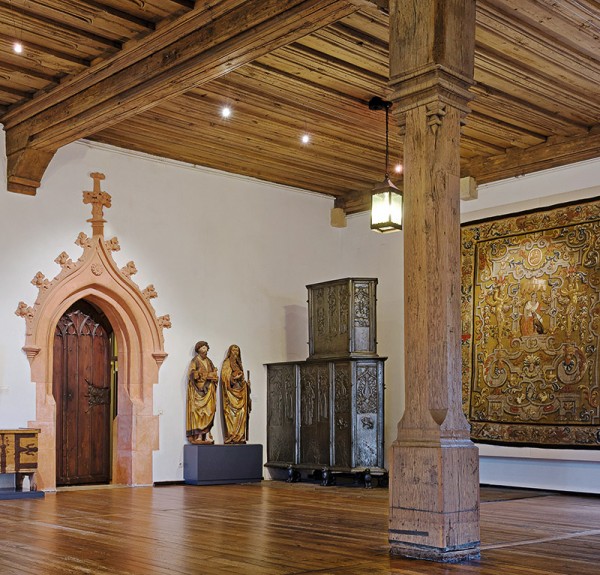 The new permanent exhibition tells about the use of paintings at the end of the late Middle Ages and new problems that arose through humanism, the Reformation, and more generally by the transfer of the culture that began in the early 16th century. 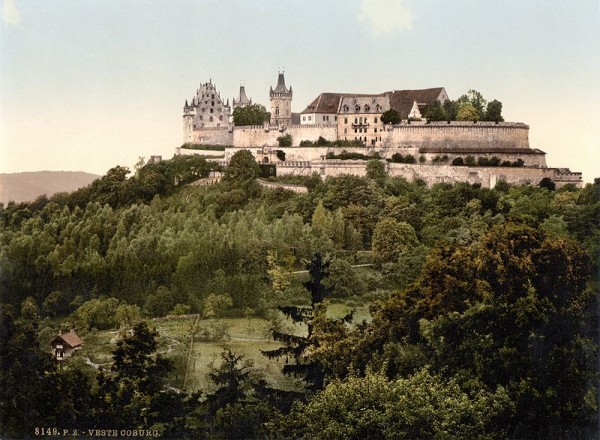 Luther sought refuge in the Veste Coburg fortress for some six months whilst the king of the waltz Johann Strauss relinquished his Austrian citizenship and became a citizen of Coburg – all for the love of his life.

– Thank you to Wikipedia, and Coburg Tourismus.

Honestly, I should have wished during my Coburg visit, to have had much more time, as only in the Veste Coburg i could have spend several days. 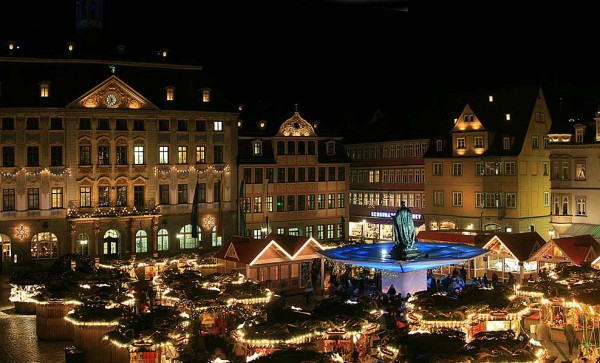 And – of course – as every where in Germany. – Also Coburg has its Christmas market. Photo from Tourismus Coburg.