Renée Fleming as Arabella in Paris 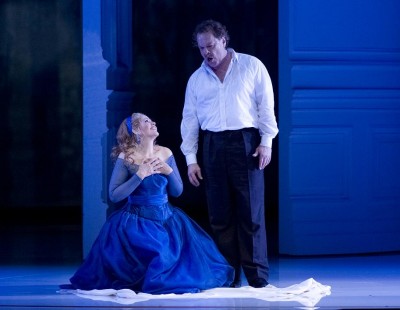 Potentially modifiable risk factors and causes include the buy viagra and reconsider treatment of.

. Her wonderful voice is still at its best, and her musicality, stage appearance and personality also as Arabella is outstanding. In the beginning she is singing a lot with moderato and pianissimo, which gives it all an extra beauty. In the end she is giving it all in some fortissimo parts
. Together with her we enjoy the wonderful soprano Genia Kühmer as Zdenka. She is showing an extraordinary beauty in her voice, which for shure will be appreciated, when she later shall sing Arabella in Vienna.

Michael Volle is outstanding as Mandryka, together with Renée Fleming he makes a great memorable couple, that we trust in. The unhappe guy who loves Arabella, but ends up with Zdenka, Matteo is brilliantly sung and performed by Joseph Kaiser
. We trust in him.  As the parents of Arabella and Zdenka, we enjoy Kurt Rydl as count Waldner and Doris Soffel as his wife Adelaide. Eric Huchet is a good Graf Elemer, and as the sobrette, Fiakermilli we enjoyes the coloratura of Iride Martinez. 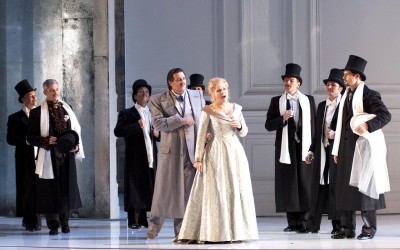 Philippe Jordan formes the music beautiful, and is keeping the atmosphaere well. He is a god and safe cooperater for the singers, and he has the fingertipp feeling for the difficulities, and he is good underlinig the pianissimo parts of ms
. Fleming, and the power, when that is needed. He is some times showing relaxed tempi, which suites his Arabella well. In the orchestra we enjoy many good soloists.

Marco Arturo Marellis staging and scenography functions well, and are giving interesting effects in the mowing floor, in three parts, as i found functioned well with the twisting walls, and then gave the piece easily changes between the different scenes.

The ball scene where Arabella is changing between all her waltz partners, were well prepared, arranged and rehearsed, it functioned good, it looked easy, but that is the secret, when it is well prepared.

Furthermore the twisting wall parts gave us a possibility to enjoy a deeper , transparent view of the stage and the scenes, which worked well.

In the staging of the last act, I found that the dramatic scene where Mandryka is accusing Arabella to have had an affaire with Matteus the same night, this part is not successfully staged. I dont find any dramatically highlight in it. This part could be rearranged. We dont get the chock when Zdenka appears, as she has all the time been standing in the side waiting to enter.

Some times too much twisting walls, but as a total, it became a good result. At the front seats we were a bit disturbed by works going on just outside the stage frame, which disturbed us, and our concentration on the actual play that was the reason for being at Opera Bastille this evening. Unfortunately such kind of preparation work for a later performance, as I suppose it was, with lighting preparations, shall not go on so it dsturbes the ongoing performance.

Costumes by Dagmar Niefind and light by Friedrich Eggert was good.