LUCCA: It’s two centuries since Giuseppe Verdi’s birth, and also Puccini Festival in Torre del Lago celebrates the anniversary with one of his most popular operas and a real masterwork, Rigoletto. The performance we are writing about had good and bad sides, both vocally and interpretatively.

The most interesting singer was young Russian soprano Ekaterina Bakanova, delineating traditionally her character (Gilda) showing security and an interesting voice. She is a lyric-light soprano, with a nice colour and easy emission even if not great as volume and not particularly expressive; her Italian pronounciation is really good, something that we can hear not very often from strangers singers. As a defect, we can say that she is even too complacent in delighting herself in showing her soft and aerial sounds, even if they are always perfectly in tune and with the right emission. But all this can be considered both as part of her technique and an interpretative choice, delineating an usual blond Gilda as a naive girl, that will even die for slacker Duke. 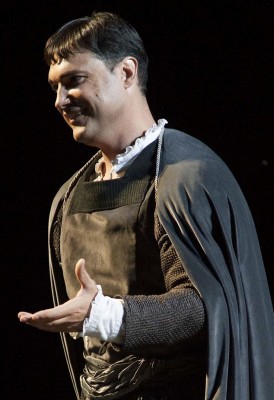 Francesco Demuro is an Italian tenor whose career is more and more improving, and he takes his Duke of Mantua rather cautiously

. I think in the future he will do better, because he has an interesting voice even if rather scarce in volume
. He lacks at this moment that soft charming sound in his singing that makes the difference between “sing the notes” and “give a real interpretation”. Some problems on the top notes let us be worried for his whole performance.

The main character was Devid Cecconi, a bariton from Florence, who has already performed as Rigoletto many times in different houses. This is a very complex character, both vocally and scenically, and cannot be tackled with superficiality. Apart some note not really perfect here and there, what is lacking in Mr. Cecconi are colours and accents, essential to give back the great tragicity of the character, thath is taken by him too lightly
.

We must stigmatize how the two vilains of the plot (Sparafucile and his sister Maddalena) have been rendered, both scenically and, still worse, vocally. With years and years of theatrical experiences in the audience, I can say that these are some of the worst “black pages” I have never seen and heard. Michail Ryssov (Sparafucile) has a very vulgar vocal emission, similarly to Chiara Chialli’s coarse Maddalena. Stage direction made them act in a very excessive and parodistic way (Maddalena almost as a nymphomaniac, and Sparafucile looking as a mix of Ozzy Osbourne and Alice Cooper, with his hair still longer…). All in all bad taste things, something we would never see on a normal stage.

On an average level the other singers in their small parts
.

Conductor Boris Brott was not more than professional but didn’t show a great personality in his conducting, being almost unapparent.

–
Stage director was Renzo Giacchieri, with scenes by Alfredo Troisi and beautiful traditional costumes by Casa d’arte Fiore, and the staging was according with what we all aspect from Rigoletto. On the center of the stage there was a revolving and functional structure with different sceneries according to which part was towards the public. Moreover, there were two little balconies on proscenium, moved at sight according to the necessities, that completed the simple but decoruos set. 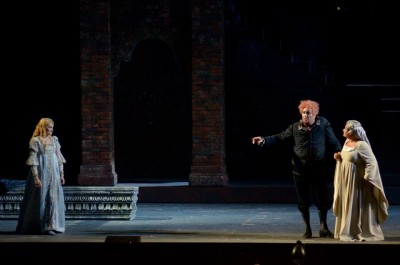 The plot was clearly staged and without surprises, the singers’ acting was of average level (apart the mentioned bass’ and mezzo’s overacting)
. There were useless scenic expedients, though, among them a strange painter in first and second act, painting portraits on canvas. Besides, in last scene of third act I must cite a Sparafucile’s brawny helper who puts the dying injured Gilda on a cart (coming apparently directly from Andrea Chénier…), and moreover, the coming back of Monterone and his daughter on Rigoletto’s last notes.

–
Orchestra and Chorus were on an good level, the audience was really scarce (letting us think that in Torre del Lago, Puccini’s hometown, people are looking for Puccini’s operas), cordial success above all for soprano. 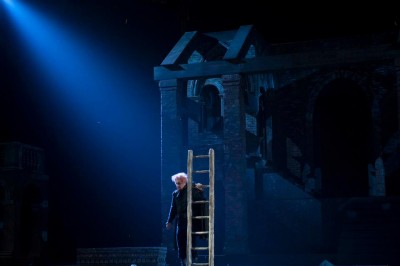 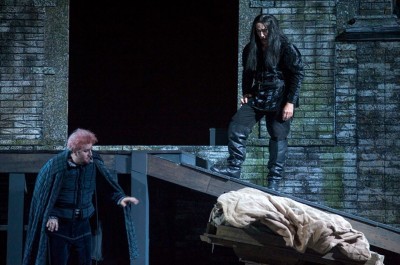 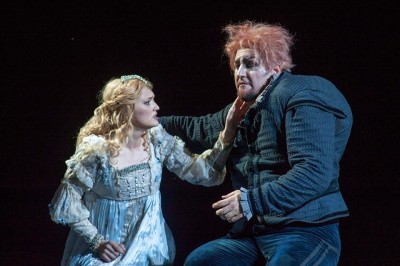 Please enjoy our review from Rigoletto at Münchener Festspiele 2013 with a wonderful Joseph Calleja as Il Duce di Mantova:  http://www.kulturkompasset.com/2013/07/rigoletto-opera-concertante-in-munich/