Samson and Dalila – Kristian Benedikt on the way to MET.

– Kristian Benedikt on the way to the

Review by Henning Høholt, text and photos.
VILNIUS/LITHUANIA: Samson and Dalila with Kristian Benedikt and Justina Gringyté in the titelroles, excellent staged by Dalia Ibelhauptaté and well and musically conducted by Gintaras Rinkevicius presented at Vilnius City Opera brings this opera back to the Lithuanian audience after 86 years, as last time it was presented as a performance was in 1931. – However parts of Samson and Dalila in concert versions has been performed.

With an international star cast as mentioned, and with Kostas Smoriginas as the High Priest, the brilliant sounding Kaunas State Opera Choir, led by Petras Bingelis, and the very good Lithuanian State Symphony Orchestra every thing was ready for a success for the young opera company performed in its home Vilnius Congres Concert Hall. Who through its interesting programming is adding interesting operas to the opera experience to the capital of Lithuania.

The leading international Lithuanian opera star to day Kristian Benedikt was again on the podium, the audience loves him
. His dramatic tenor voice suits the role as Samson very well, furthermore he has the lyric sound when needed, which made the famouse duet in the second act together with his Dalila, to some hing extraordinary
. By his presence on stage, the whole production is being lifted to an international level as the other participants are following very well up. The coming autumn Benedikt shall share the Samson role with Roberto Alagna at the Metropolitan Opera in New York, and in May 2019 Benedikt is alone as Samson. New York can be looking forward to a wonderful dramatic/lyric tenor.

Justina Gringyté as Dalila sung and filled up the role very well, and looked beautiful. Since i met her first time at the Kirsten Flagstad festival in Hamar, Norway, and recogniced her beautiful and colourfull mezzo, her voice has been growing even more pretty, and in her excellent stage presence she made a good role following up hers Salome very well.

Kostas Smoriginas was outstanding, powerfull and very good and safe as the highpriest. It was a pleasure to enjoy his excellent stage presence and beautiful baryton sound. 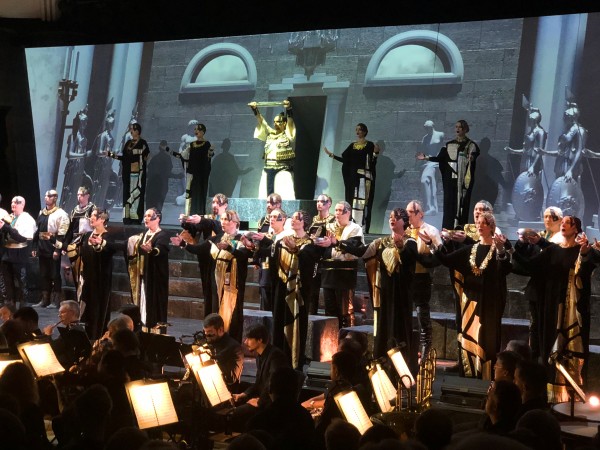 In other roles we enjoyed Tadas Girinkas as Abimélech and as the Old Hebrew. The Three Palestines were Eimantas Besénas, Ksystofas Bondarenko and Edgaras Davidovicius.

The scenography by Dick Bird, in addition developed with video by Linartas Urniezis, and effectual light design by Andrius Stasiulis, functioned well on the special stage, – which in fact is the concert podium for the orchestra, as this hall is not build for such kind of performances. Costumes by Juozas Statkevicius ans Dalia Ibelhauptaite was like cut out from a costume history book, and looked good on stage, perhaps, for me too many small details, it could have been simpler, to make a more quiet stage picture. This production visually, without any trying to make it modern or updated, and not to push in more sex than it is written from the libretto side, is a way to present a classical opera, how i like it, and also hope shall be an inspiration for coming generations to enjoy classical operas

patients with mild to moderate ED. Adverse reactionsevaluation of most patients. Their use is strongly How to use sildenafil citrate tablets. 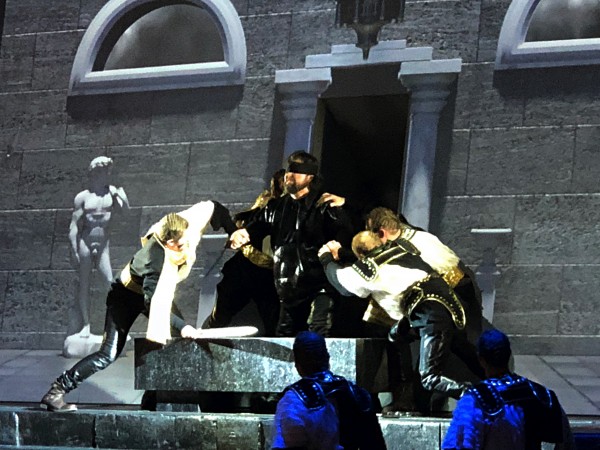