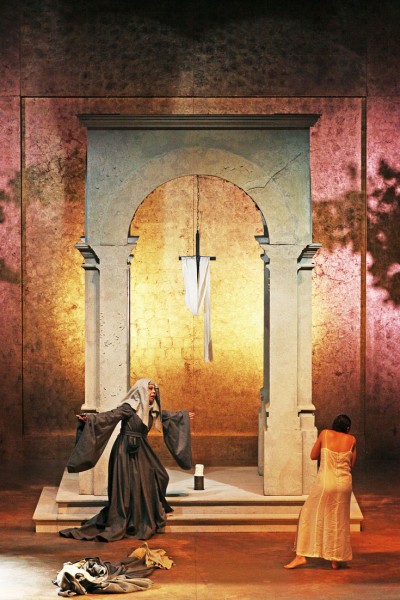 • “When did your erection problems begin?” “Please How long does sildenafil last? etiology of the ED, the baseline severity of the ED or the.

PISA/ITALY: The possibility to “dismember” Il Trittico by Giacomo Puccini (consisting as everyone knows of the three short operas Il Tabarro, Suor Angelica and Gianni Schicchi) is inherent in the same structure of the work, although the three stories exalt themselves in the complete Il Trittico, each one seeming to take force from the contrast against the others.

The “dismembering” of a tripartite opera is almost inevitable, and it was accepted albeit with some reluctance by Puccini himself. It’s rather difficult to see in our Houses Il Trittico composed of three original works, and the Teatro di Pisa was no exception: Suor Angelica and Gianni Schicchi (this last is certainly the best known and staged among the three works of the original tripartite opera) are now joined by Paul Hindemith’s Sancta Susanna
. This choise is probably due to a certain common environment with Suor Angelica, and as a matter of fact both short works take place in a convent, although the stories are very different and the artistic sensibility of the two composers leads to very distant results. Or perhaps Pisa’s House chose Sancta Susanna to try to shed new light on an important but very little known short youthful opera by Hindemith. 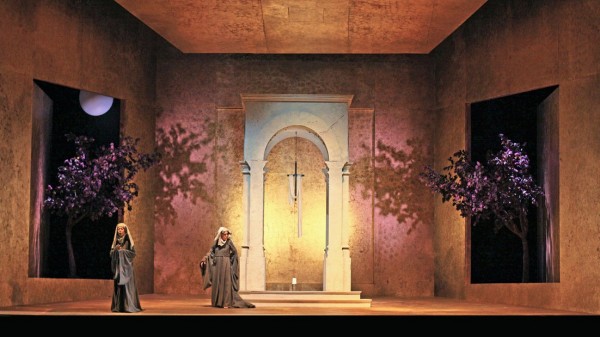 The sinful and dramatic story that describes the cloistered nun struggling with her own mystical-erotic disturbance is surely an exemplifying work of the just 26 young author, showing a personal style in which a generally late-romantic inspiration already turns towards expressionism.

This short opera is characterized by a great mastery in composition and orchestration, and at the end of the day it was the most interesting and successful of this curious triptych staged now in Pisa, as well as a pleasant surprise for this reviewer, who knew musically the work but had never seen it on stage.

Elisabetta Farris seemed rather at ease in the title role, showing a certain affinity with modern writing of Paul Hindemith, almost all her vocal line being based on the declamation, and in fact the limits of this soprano fully emerged in Suor Angelica, the other opera of which she was also the main character.

Mezzo Sumie Fukuhara as Klementia was quite effective, while the vocal performance of the other singers was rather inequal. The visual part was signed by Lorenzo Maria Mucci, and it seemed characterized by an interesting linearity and elegance, helped by the effective scenes of Emanuele Sinisi, scenes that will be used as a “container” for Suor Angelica and Gianni Schicchi. 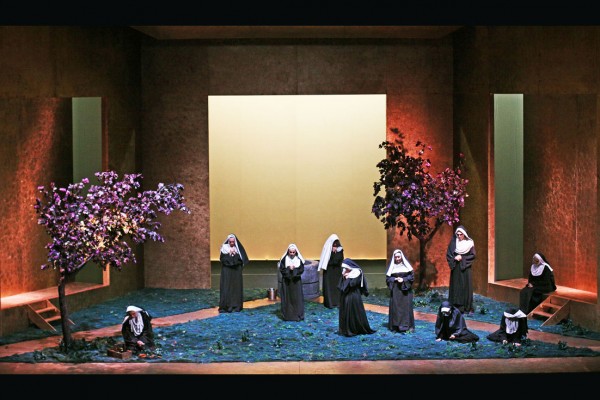 On the contrary the two operas by Puccini were not very successful. I mentioned Ms Farris’ significant problems and vocal limits when she must actually “sing” and to give colors and intensity to the legato vocal line. Moreover, the singer in several moments adjusted her vocal line as she wished, obviously struggling to sing what Puccini wrote.

Sumie Fukuhara as Zia Principessa was quite interesting both vocally both scenically, while the performance of the many nuns of Puccini’s beautiful score was alternate and uneven.

The stage direction of this Suor Angelica, also by Lorenzo Maria Mucci, seemed the most controversial part of this evening, a virtually non-existent direction and lacking in interest, with weird ideas such as Suor Angelica singing Senza mamma facing a small child shirt, or the boy who in the last scene enters from a door embracing his mother from behind. 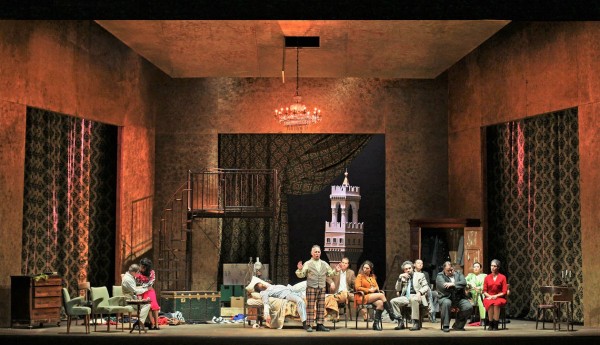 Sergio Bologna as main character in Gianni Schicchi has fared in a more than decent way with his great experience, in fact the deepening of his character wasn’t much beyond the traditional figure of the witty peasant. But we must admit that Mr Bologna “sang” his vocal line more than we could imagine, and without too much caricatural traditional excess. Mournful notes from all the remaining singers of this Gianni Schicchi (the better one was in part Candida Guida as Zita), with young voices in disarray and authentic sensational cracked noted.

Visually the stage director Lorenzo Maria Mucci transposed the story about to the fifties-sixties of the twentieth century, but making everything too much caricatural and almost completely over the top even of a questionable taste (as the almost havoc of poor Buoso Donati’s corpse made by his relatives).

On the whole conductor Daniele Agiman was not very interesting, always poor in colors, and extremely fragmented in works like Suor Angelica and Gianni Schicchi whereas you have to find an unity of action coming from the podium. Beside a leaden and unattractive Gianni Schicchi from the conducting point of view seems to be a denial of of the fundamental playful character in this opera.

Orchestra e Coro were of an adequate level, the audience that filled up Teatro Verdi in Pisa was very warm in applause with everybody.